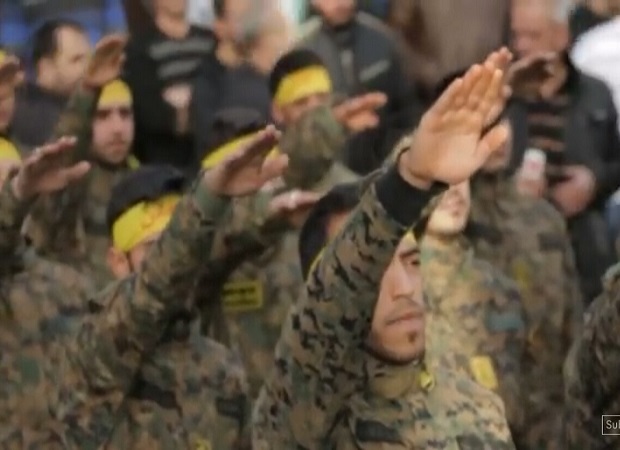 So far there is near silence from the mainstream media about the blockbuster Politico Magazine investigative report on how the Obama administration from the top down interfered with U.S. law enforcement efforts to take down Hezbollah’s drug running of cocaine into the U.S. in order to facilitate the Iran nuclear deal.

I summarized the Politico findings in my post, Obama allowed Hezbollah cocaine running into U.S. in quest for Iran nuke deal.

I cannot find any mentions of the Politico story in any of the major newspapers or networks (except for Fox News). The same people who endlessly repeat shoddy reporting by other mainstream outlets when it comes to anti-Trump conspiracy theories, don’t feel the need to report on the Politico story. My hunch is that they are devoting resources to try to question the Politico story.

They don’t know what to do because this reflects so badly on the person they spent 8 years defending and covering for. Obama sacrificed Americans addicted to and dying from cocaine in order to appease Iran. That should be on the front page of every major newspaper and on every major newscast, but it’s not.

How many Americans died because of the Hezbollah cocaine running into US? How many lives/families destroyed? Collusion between Obama admin and Iran/Hezbollah should be on the front page of every major newspaper. But it's not.

When it comes to investigating the lasting damage done to Americans from the Obama administration, the mainstream media doesn't send their best people.

There also has been silence from Obama acolytes, who usually are quick to jump to his defense.

This dead silence from the media and Obamaworld tells you how toxic the Politico report is to Obama’s legacy. They are hoping it just goes away.

It’s not clear how much longer the media can maintain radio silence. But they will try.

Contrast the Obama collusion with Iran and Hezbollah with the Trump administration’s vigorous attack on the Hezbollah network. Politico Magazine reported in November 2017, How Trump Is Going After Hezbollah in America’s Backyard:

The Trump administration is pushing back aggressively against what the intelligence community often refers to as the “Iran Threat Network” or ITN, and as part of that campaign it is especially keen to focus on the activities of Hezbollah, the pro-Iranian Lebanese militia, in Latin America….

The administration’s counter-Hezbollah campaign is an interagency effort that includes leveraging diplomatic, intelligence, financial and law enforcement tools to expose and disrupt the logistics, fundraising and operational activities of Iran, the Qods Force and the long list of Iranian proxies from Lebanese Hezbollah to other Shia militias in Iraq and elsewhere. But in the words of Ambassador Nathan Sale, the State Department coordinator for counterterrorism, “Countering Hezbollah is a top priority for the Trump administration.” Since it took office, the Trump administration has taken a series of actions against Hezbollah in particular—including indictments, extraditions, public statements and issues rewards for information on wanted Hezbollah terrorist leaders—and officials are signaling that more actions are expected, especially in Latin America….

https://www.bing.com/search?q=eric+holder+hezbollah
thanx for this post.
it’s not a mystery that the MSM anti Israel bias shows itself when it comes to Fakestinian/hezbollah connection

notamemberofanyorganizedpolicital in reply to 4th armored div. | December 19, 2017 at 11:49 am

Well that as good as a 100% confession and confirmation!

Well, we have to allow for the stunning effect of the MSM’s sudden realization that Politico is a Right-wing Extremist publication.

I see that a Republican congressman (Robert Pittenger (NC-09)) has asked the House to look into the allegations. Presumably, various ‘pubbies will refer to the report as ‘divisive’, the matter will be referred to a committee, and never be heard of again.

The media is far to busy opining about Trump having dementia after the national security presser!

Seems the media will report on anything but good news!!

Especially not when the media has a war to wage against the elected President of America!

Remember when the media was demanding Trump’s impeachment, on obstruction charges, for asking Comey if he could see his way clear to going easy on Michael Flynn? And again when he fired James Comey? Remember how the MSM was aghast and agog that a President would insinuate himself into ANY potential criminal investigation, when it was Trump or Nixon? Well, apparently the MSM has totally forgotten this these little bits of recent history.

I’m certain that if Hezbollah was laundering money via the President Trump Diet Coke shipment train then Herr Mueller would be all over it LOL.

Crickets until they can parrot someone to discredit the story.

Not only did the policy exacerbate the domestic drug problem but it generated revenue for terrorists. One can only wonder how many deaths have been caused. Infuriating.

A free and democratic society cannot function when the populace is not getting unfiltered truths from their government.
This has always been so, and it always has been the vital function of the press to see to it, that it remained so.

This principle went, gradually, by the way side. Hastened by Liberalism gone haywire, and the demise of independently- thinking journalism, which has deteriorated largely into a Lefty propoganda machine.

Why, oh why,does not the average “journolist” realize what the end effect of such corruption will be????

Anyone remember 2014 when the price of butter shot up to over $6 per pound? That was because Obama waived the sanctions against selling butter to Iran, and the Iranians immediately bought up tons of it, causing a shortage in the U.S. The media didn’t comment on that deal, either. Worse, you can’t even find the story anymore by a Google search. It’s been memory-holed.

Notice the reference to used cars to west Africa as part of money laundering. Who else set up a car agency called CIA. (Can you say Debbie Wasserman Shultz’s former IT director Imran Awan?)

Maybe there is something here

You know what this country needs more of?
Rallies where Americans burn the Iranian flag while chanting “Death to Iran, death to Iran!”

I don’t know if we need more of it, but it certainly would feel good to be involved in such a demonstration.

Yes, I also noticed the almost total silence of the MSM and the liberal media regarding the Politico article. They undoubtedly realize the potential that it will make Russia-gate look like small potatoes and may undermine it.

Small Potatoes! The Politico story makes the whole Russia-gate thing look like a pimple on the arse of an elephant!

This is just the tip of the iceberg.

Where is Swamp Sessions?

Listen to Mark Levin’s show: an amazing caller phones in at 30:00:

The media is probably trying to avoid the “Streisand Effect”.