“It’s crazy to send spouses and children to South Korea, given the provocation of North Korea” 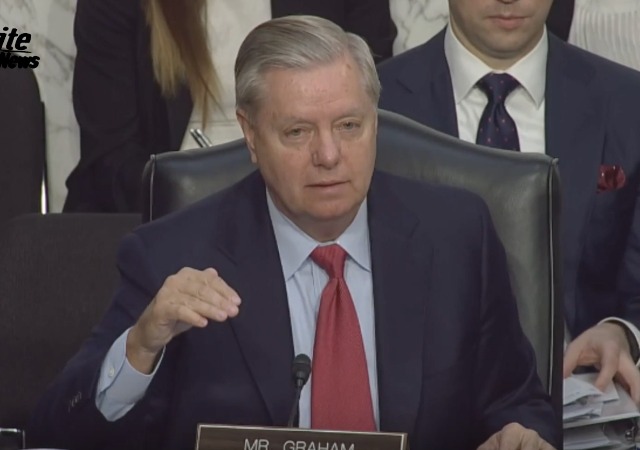 On CBS’ Face the Nation, Senator Lindsey Graham (R-SC) said that it’s time to start moving U. S. military families out of South Korea.  Graham, who serves on the Senate Armed Services committee, said that in light of North Korea’s aggression, South Korea should be an unaccompanied tour.

Sen. Lindsey Graham said Sunday that he believes it’s time to start moving the families of American military personnel out of South Korea as North Korea pushes the U.S. closer to a military conflict.

Graham, a member of the Senate Armed Services Committee, said he will also urge the Pentagon not to send any more dependents to South Korea.

“It’s crazy to send spouses and children to South Korea, given the provocation of North Korea. South Korea should be an unaccompanied tour,” the South Carolina Republican said on CBS’ “Face the Nation.” ”So, I want them to stop sending dependents, and I think it’s now time to start moving American dependents out of South Korea.”

About 28,500 U.S. troops are stationed in South Korea to deter potential aggression from the North.

I think we should send Lady Lindsey on an unaccompanied tour of the NMZ.

I was stationed at Osan AB, ROK in 1972, it was a 13 month unaccompanied tour, no dependents allowed. Conditions and barracks were rather primitive, by today’s standards. I was a Staff Sargent and lived in an open bay with about eight other airmen. It seems silly to send non combatants to a country that is still at war with North Korea. An armistice was never signed, only a cease fire exists.

The US isn’t actually at war with Korea. The 1950-1953 unpleasantness was a U.N. thing. That may sound like a distinction without a difference, but it seemed important at the time.

Drain the swamp starting with Grahamesty and McStain.