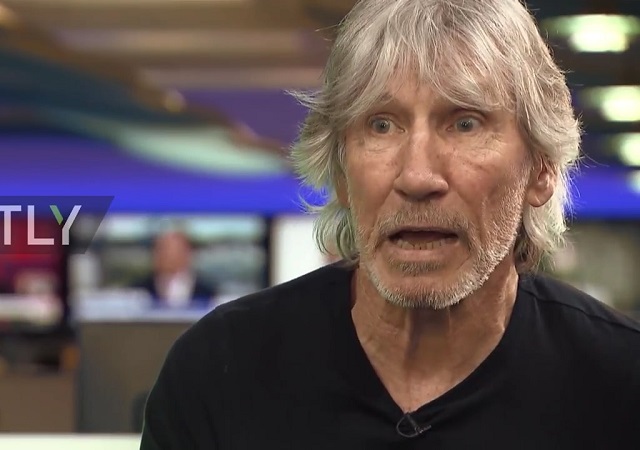 German public broadcaster Westdeutscher Rundfunk (WDR) withdrew its sponsorship of a Roger Waters concert in Cologne, after local activists objected to the allocation of public funds to former Pink Floyd frontman known for his support for the anti-Israel boycott campaign, German newspapers report.

Earlier, a 48-year-old Cologne resident had started an online petition calling the broadcaster to sever ties with the former Pink Floyd frontman, calling him a Jew-hater and equating his call to boycott Israel with the Nazi ‘Don’t buy from Jews’ slogan. “Under no circumstance would I be willing to come to terms with the fact that my money is being used to subsidize Jew-haters,” the petition said.

In the run-up to the concert, Germany’s Jewish weekly Jüdische Allgemeine had also criticized the broadcaster for promoting Water’s concert, running the headline: “WDR proudly presents BDS.” WDR is one of Germany’s leading public-broadcaster. With the cumulative budget of more than €8 billion, public-broadcasters play an influential role in shaping public opinion in Germany.

The petition initiated by a committed Cologne resident has been successful. The public broadcaster WDR has ended collaboration with the controversial ‘Pink Floyd’ legend Roger Waters. The petitioners accused WDR director Tom Buhrow of cooperating with a ‘Jew-hater’ and supporting him with taxpayers’ money.

Roger Waters will be performing his “Us-Them’ concert at Cologne’s Lanxess-Arena stadium. The concert was being promoted by the radio broadcaster WDR4, with [Water’s] appearance being advertised on its website. The broadcaster removed the post on Sunday evening.

Roger Water is not only the creative genius of the “Pink Floyd”, he also makes headlines with his anti-Israel stance. Critics accuse him of Jew-hatred and anti-Zionism.

In the documentary “Chosen and Ostracized,” aired by the Bild Zeitung, Waters was featured as the popular supporter of the boycott campaign against Israel. As releases balloons in shapes of pigs adorned with the Star of David at his concerts.

The fact that such an artist should be promoted by a publicly funded broadcaster in Germany, caused a stir ahead of the event. Cologne resident Malca Goldstein-Wolf started a petition addressed to the WDR director Tom Buhrow and mailed it to him twice at the broadcaster’s address.

“Does WDR really want to support the new “Don’t By From the Jews” [campaign]? And that too with public funds?,” asked the 48-year-old woman.

Talking to Bild Zeitung she said, “I don’t want to accept the new, rising Antisemitism. I have had enough.”

This is the second times this year that German broadcaster WDR finds itself in hot waters over charges of Antisemitism and anti-Israel posturing. In June, WDR was accused of censoring a documentary that exposed Muslim antisemitism in Europe and the role of the EU and German governments in financing antisemitic NGOs. The broadcaster only aired the documentary after widespread public outrage in the German and abroad.

In recent years, Waters has been leading the charge when it comes to intimidating foreign artists and musicians daring to perform in Israel. Waters had been in the news lately for attacking the Australian musician Nick Cave for agreeing to play at a concert in Tel Aviv, Israel, calling Cave’s performance a “propaganda gift to Israeli apartheid.” Cave has refused to change his mind about playing in Israel, but admitted that any artist who decides to perform in Israel is subjected to “public humiliation from Roger Waters and co.”

This time the pendulum seems to have swung back and the Grand Ayatollah of anti-Israel boycott is being boycotted instead.

That “committed Cologne resident” needs to be respected, not punished. The fact that she is mentioned by name … painted a target on her back.

I hope nothing bad happens to her over this.

This is goods news, and couldn’t happen to a nicer Jew hating bigot.

It’s a shame Waters lost what would have been his most fanatically devoted German fan base about 73 years ago.

Or, perhaps more generally, 7 May 1945 for the larger group.

I think the older I get and the more entertainers want to shove their opinions down our throats, I have less tolerance for them. Go shave your eyebrows and cry to your mother, Roger. You’re a freak.

now we need to do this to PBS,NBC,ABC,CBS,BBC and a host of slanted “noose”outlets
Let’s not forget the (D) party home of the KKK and some of the greatest bigots by ethnical groups Blacks, Muslims, Liberal churches, SJWs and JINOs (so called Jews in Name Only).

These are the same groups looking to destroy the American way of life (live and let live).

you may think that i am overstating the case, but unfortunately
a am not.

“Does WDR really want to support the new “Don’t By From the Jews” [campaign]?

Huh? Is this a real thing, or is it a heavy-handed bit of anti-Waters propaganda?

Yes, I’m aware of the historical allusion. Nice big signs with kauft nicht bei Juden in full-flag Fraktur script were a common enough sight in Germany from 1933 to Kristallnicht five years later. Enterprising Stormtroopers would paste them directly on the windows and doors of Jewish-owned establishments.

Uh-huh. Just as “they” never tired of telling us, criticism of President Obama was tantamount to overt racism.

No, both propositions are hogwash. Intellectually insupportable, and just plain disgraceful.

Now, if somebody wants to boycott Roger Waters simply because he’s an annoying and inveterate putz, that’s a different matter.

So we can either believe:

1) You have never heard of the BDS (Boycott, Divest and Sanction) movement which targets Israel for the Israeli alleged “oppression” of the Arabs of the PA; or,

2) you don’t have a problem with people pressuring Israel to accept the PLO’s demands for “peace” (e.g. the “return” of over five million “refugees” to “their property” in what would be Israel after Israel withdraws to the 1948 borders).

Such a shame to find out about Waters on here. I just discovered a few months ago how interesting, unique and fun Pink Floyd’s music is. Really great music makers and now to find out he’s pushing anti-Semitism.