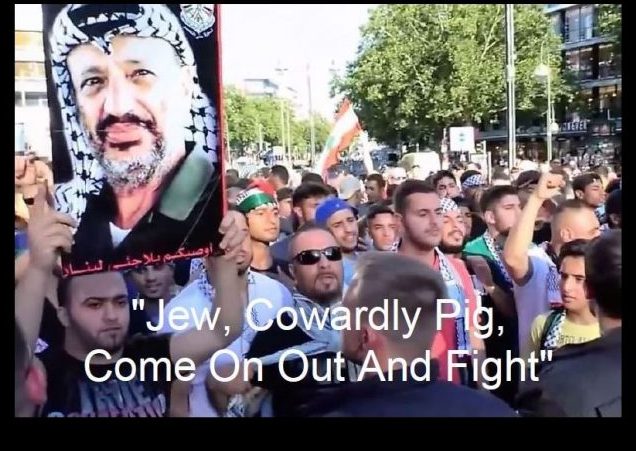 Public outrage has forced the leading German broadcaster ARD to air the Antisemitism documentary that had previously been censored.

The 90-minute documentary, commissioned by the French-German TV network ARTE and Germany’s WDR — both funded by the German government, had previously been shelved. The film highlights the prevailing Antisemitism in Europe’s growing Muslim population and exposes European and Germany government’s financing of antisemitic and anti-Israel groups posing as charities and NGOs.

After months of feet-dragging, the documentary will finally be aired on Wednesday. Germany’s state media was force to show the documentary after the country’s leading newspaper Bild Zeitung protested their decision by streamed the film for a limited duration on its website — getting 200,000 views. 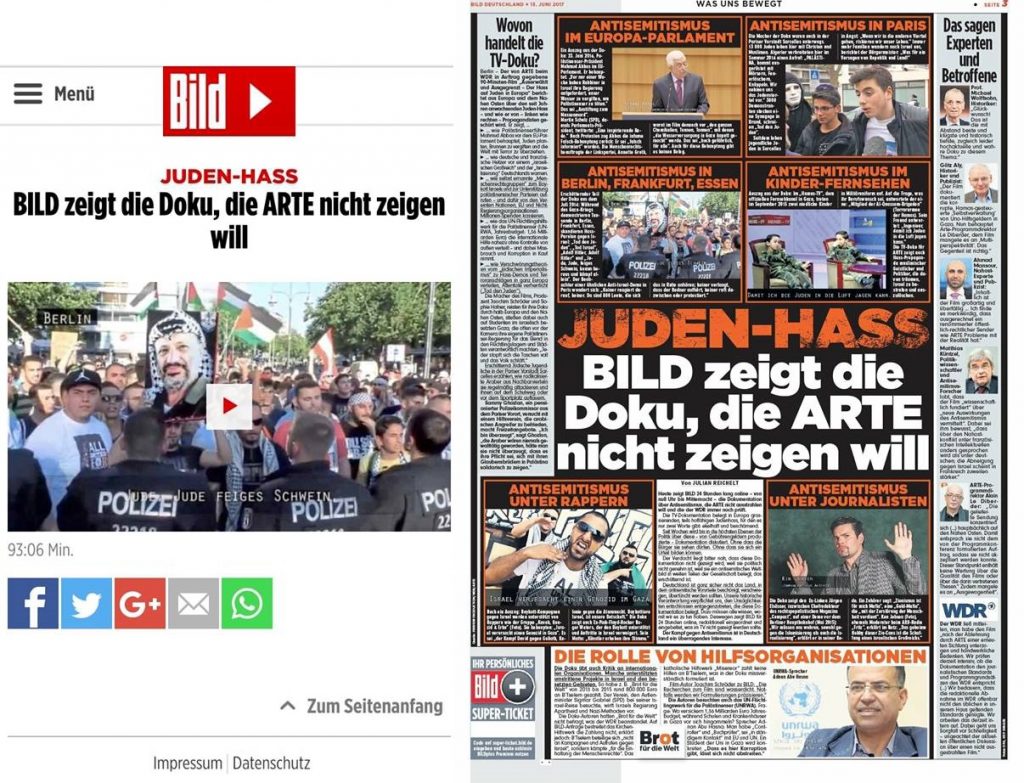 The move to show the documentary late at night on a weekday, does raise questions about the state media’s sincerity in bringing the findings of the exposé to a wider German audience.

Legal Insurrection reported the story last week after German broadcasters, ARTE and WDR, refused to show the documentary citing “technical shortcomings” on part of the independent documentary maker commissioned by the networks.

Das Erste will be airing the documentary “Chosen and Ostracised — The hatred of Jews in Europe” on June 21, 217 at 22:15 hours — which was [originally] produced by [the French-German TV network] ARTE, and will be followed by discussion on the concerned topic. Among other things the debate will focus on the technical shortcomings pointed out by WDR.

Volker Herres, Programme Director of the Erstes Deutsches Fernsehen said, “I support the move to show the controversial documentary at this point to the wider public — despite its technical shortcomings. Only then the TV audience can make up their minds. The public debate going on for some time will get a foundation on which everyone can come to his or her own conclusion.” [Author’s translation]

“WDR is putting its own failure up for debate,” wrote the prominent German commentator Henryk M. Broder. Slamming the broadcaster’s flimsy excuse of “technical shortcomings” of the documentary, Broder detailed the blatant anti-Israel bias displayed by the network in the past.

Anti-Israel campaign has some powerful political backers within the European ruling establishment. The documentary reveals that European governments contribute nearly €100 million each year to supposed charities and NGOs that run anti-Israel and anti-Semitic campaigns. The facts uncovered in the documentary will undoubtedly cause some embarrassment to leading German charities that turn a blind eye to antisemitic incitement peddled by their local partners operating in Israel and elsewhere.

Despite agreeing to air the documentary, European elite are still nowhere close to admitting the growing Antisemitism in their midst. After months of feet-dragging, public outrage has finally forced the government-funded broadcaster to air this short documentary. The establishment media having failed to censor the film, is now busy discrediting its message.

One German version of the full report on YouTube has already been removed (for alleged copyright issues), but it will keep popping up. For the time being, here is another place: https://www.youtube.com/watch?v=xOwDxZLs-58 .

Make a copy quickly in case this one is taken down as well. There is another version somewhere with French subtitles, but I haven’t seen an English version yet.