Cranberries may become America’s next fertilizer

Cranberries may become America’s next fertilizer

An in-depth look at an iconic American fruit. 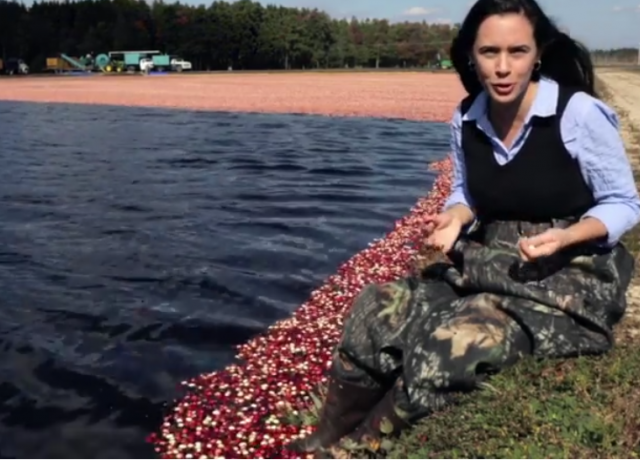 This year, I wanted to take an in-depth look at cranberries, which are second only to the turkey drumstick as the favorite component of my holiday meal.

The little, red sphere of tartness turns out to be only one of three fruits that naturally occur in North America (the other two being blueberries and Concord grapes).

It turns out that cranberry farming has been so successful, there is a glut of the fruit that can’t be used, so there is a quest for new options for their use.

Just as demand is hitting its seasonal peak, American processors are anxiously awaiting government approval that would allow them to turn excess fruit into fertilizer. The program would be the first of its kind for cranberries.

Supplies have piled up amid bountiful U.S. harvests and a surge in imports. Inventories were large enough to top consumption before farmers even started gathering this year’s crop in September. The overhang prompted growers and processors to vote in favor of the disposal program at a biannual meeting of the Cranberry Marketing Committee in August. The U.S. Department of Agriculture could rubber-stamp the proposal as early as this week.

“The order will allow the industry to get back into supply and demand balance,” said Kellyanne Dignan, the director of global cooperative communications at Ocean Spray Cranberries Inc., the largest U.S. producer and processor, and a name that’s become almost synonymous with the fruit.

Over 50% of cranberries are grown in Wisconsin and are its top fruit crop. There are also a number of farms in Massachusetts, New Jersey, Oregon, and Washington. Maine is reporting that their farms are struggling.

The national surplus has affected Maine’s industry as well, said Charlie Armstrong, the cranberry expert at the University of Maine Cooperative Extension.

“But the industry is bombarded on all sides from other pressures, too,” he said.

Yields are going down and demand hasn’t gone up. And new larger strains of the berry mean processors need fewer berries to make cranberry sauce and cranberry juice.

More economically successful dry-harvested berries last for months, but can take a month to harvest; many growers in Maine don’t have the time and manpower for that method. Flooding the bog and letting the berries rise to the top takes a couple days, but those berries only last a couple weeks. That’s the universally popular harvesting method, and those are the berries there is a surplus of.

In terms of their use as food, the science is settled: Cranberries are good for you!

Antioxidants and phytonutrients in cranberries, such as oligomeric proanthocyanidins, anthocyanidin flavonoids (which give them their bright red color), cyanidin, peonidin, and quercetin, have unique health-impacting attributes….Some contain stroke- and cardiovascular disease-preventing compounds that discourage cholesterol from forming in the heart and blood vessels.

Research bears out that cranberries also protect against cancer, particularly breast cancer, due in part to potent antioxidant polyphenols.

The fiber in cranberries is another big benefit, providing 20% of the daily recommended value in every serving for maintaining a flushed system. The same amount is found in manganese. One serving of cranberries also provides 24% of the daily value (DV) in vitamin C, along with vitamin E (alpha tocopherol), the only form of this powerful antioxidant actively maintained in the human body.

FoodTV has a fun look at cranberries and how they are farmed.

So, enjoy the cranberry sauce and appreciate how free-market oriented farming means we have surplus berries that can be used as fertilizer…instead of the North Korean option.

Persimmons and paw paws grow in North America. And Europe has blue berries and cranberries too (something very similar anyway), but cranberries are very American.

Wild American persimmons and paw paws are wonderful, I recall fighting the ground wasps (yellow jackets?) for ownership. Amazing how sweet the paw paws can get.

My thoughts are they could sell a lot more cranberries if they made them available year round. On the northern plains the only cranberry you can find in June is found in a can…the last refuge for the desperate.

What you do is buy up bags of cranberries when they’re on sale after Thanksgiving and pop them in your freezer. They make great cranberry-pumpkin bread.

Also a great pie as well.

The blueberries we have here i Europe are more like what we called huckleberries where I grew up in Michigan.

I buy & freeze cranberries so I can have them all year long! I love to make cranberry & apple sauce to use whenever.

Wild persimmons – wow – they are great, as long as you wait for the first hard frost. They are so bitter before that time. After the frost, they sweeten up and are great. However, they are small fruits and it takes a bunch to make anything,

When my parent came down to OK, we would go to a local park and get a bunch of persimmons – Dad would shake the tree and we would pick up the fruit. The wild persimmon pudding was great. Great memories….

Sadly, cranberries contain oxylate which is not good for people prone to a particular kind of kidney stones.

These crops have been good to Southwest Washington.

There are still a few small blue berry farms out by us, but compared to 30-40 years ago, the family farms (particularly dairy) have gone extinct.

In the case of Dairy- many were run out by overwhelming and insane environmental regulations and low milk prices. Now that land has been rezoned and converted to houses…which somehow is better for the environment????

“American processors are anxiously awaiting government approval that would allow them to turn excess fruit into fertilizer.”

Why do they need government to tell them what the product of their labor can be used for? If the growers can create more demand as fertilizer, they should be free to do so without needing “government approval”.

Unless cranberries are subsidized by taxpayers in some way, in which case end the subsidies.

One would not know that there is a glut by looking at the price of cranberry juice or any CJ blend.

The easiest way to have too much of anything, including poverty, is to have govt subsidize it. Now that govt policy created a problem, some other stricture stands in the way of it being resolved. So new strictures will pile up, and create more problems that the invisible hand of the market cannot solve. It is good for lawyers, lobbyists, consultants, accountants, politicians, etc., because they can get paid to deal with the manufactured problems, but bad for everyone else.