He settled a wrongful dismissal claim in 2015 after a woman said he fired her for rebuffing his sexual advances. 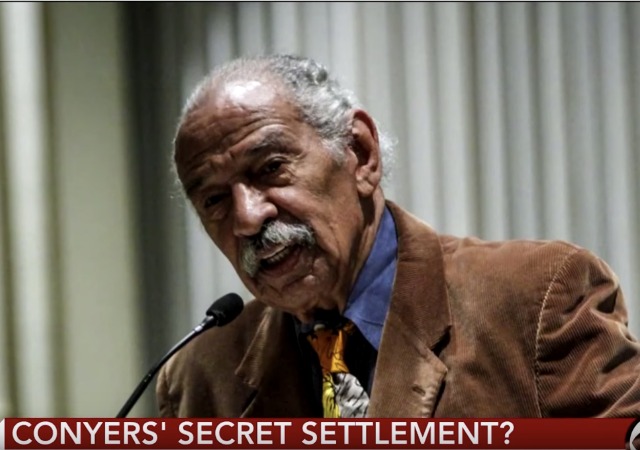 On Tuesday night, BuzzFeed published an article about how Rep. John Conyers (D-MI) settled a wrongful dismissal claim with a former female employee. She claimed that Conyers fired her because she refused to give into his sexual advances. The article also described other in appropriate behavior. Conyers has denied the claims, but fellow Democrats have called for an ethics investigation. From Politico:

“I expressly and vehemently denied the allegations made against me, and continue to do so,” he said in a statement. “My office resolved the allegations — with an express denial of liability — in order to save all involved from the rigors of protracted litigation.”

Still, Reps. Jerry Nadler of New York and Zoe Lofgren of California, the two most senior Democrats on the House Judiciary Committee behind Conyers, called for an ethics probe of the “dean of the House.”

“The allegations against Ranking Member Conyers are extremely serious and deeply troubling. Obviously, these allegations must be investigated promptly by the Ethics Committee,” Nadler said in a statement.

Zofgren too called for an ethics probe, saying the allegations against Conyers are “as serious as they get.”

“The Committee on Ethics should take up this matter immediately with a goal of promptly assessing the validity of the news account. This reported behavior cannot be tolerated in the House of Representatives or anywhere else,” she said.

Conyers said in his statement that he would fully cooperate with an investigation if the House launches one.

Oh wait! He changed his statement because of course.

JUST IN: Rep. John Conyers retracts earlier statement to AP, says he was surprised and confused about which allegations. He confirms a settlement but denies the allegations. pic.twitter.com/Feql2CwuYp

This guy has been dirty for years. Seems to think the rules don’t apply to him. I have no trouble believing he’s guilty as hell.

Has he played the race card yet? “All African-Americans are over-sexed. We cain’t hep it”

Has he denied bilking the taxpayer to fly his professional floozies when they make housecalls?

There should be records of that. And if the travel is interstate, FBI gets involved. (Not that FBI presents much danger these days, but still, it can’t be good.)