Best legacy President Trump will leave is the erasure of Obama’s. 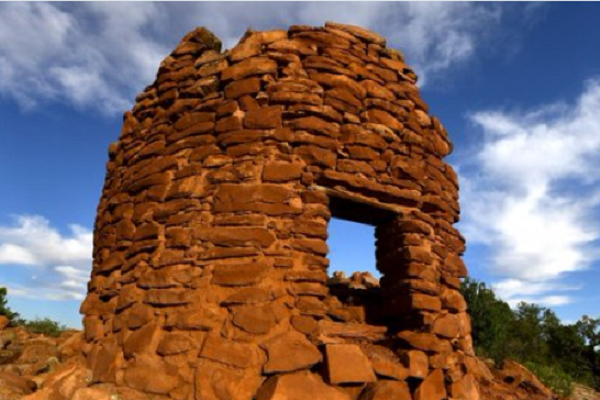 President Trump’s eraser and Twitter feed seem to be more effective that Obama’s pen and phone.

In the last days of his insipid administration, the former president created the Bears Ears National Monument in Utah with a stroke of his pen, claiming thousands of square acres of land for the federal government.

Now, President Trump indicates that he is going to trim back the size of the land grab.

President Trump on Friday told Republican Sen. Orrin Hatch of Utah that he will shrink the size of Bears Ears National Monument, a 1.35 million-acre piece of land former President Obama designated as a national monument just before leaving office.

“I’m approving the Bears Ears and Grand Staircase recommendation for you, Orrin,” Mr. Trump said on the phone call, according to Hatch’s office.

Hatch has been lobbying the administration to reduce the monument Obama designated in December 2016, and Interior Secretary Ryan Zinke suggested reducing its size in June.

While it is not currently known how big the roll-back will be, the President is more inclined to heed the recommendations of the state’s officials than Obama was.

According to Utah Gov. Gary Herbert, Trump told him Friday that changes to Bears Ears would “honor” what the state has recommended. During Zinke’s monuments review this year, Utah officials advocated contracting the monument to a 120,000-acre area stretching from Bears Ears Buttes across Mule Canyon to the Butler Wash ruins on Comb Ridge.

“I appreciate the president and the secretary’s efforts to listen to local concerns and seek a balance when it comes to the complex issues of managing and protecting our public lands,” Herbert said in statement. “ … Our recommendations have been, first, that any new boundaries protect the extraordinary antiquities within these areas. Second, that local Native Americans be given meaningful co-management of the lands in the Bears Ears region. And, finally, that Congress be urged to pass appropriate protections for federal lands throughout southern Utah.”

Needless to say, the green justice warriors are furious…and are incorrectly and hysterically asserting that Trump will remove Bears Ears from the National Monument List:

Progressives had better prepare themselves for more of these rollbacks, as Zinke isn’t done with his recommendations:

In April, President Trump ordered Interior Secretary Ryan Zinke to review more than two dozen national monuments, arguing that the designation of sites under previous administrations had gotten out of hand. Months later, Zinke’s recommendations, detailed in a leaked memo delivered to the White House, have sparked concern among local officials and environmental groups, prompting some to describe the proposals as “unprecedented.”

Zinke recommended changes to 10 national monuments, including Utah’s Grand Staircase-Escalante and Nevada’s Gold Butte. His proposals range from lifting restrictions on activities like commercial fishing to shrinking the parameters of at least four of the sites.

Perhaps the best legacy President Trump will leave is the erasure of Obama’s, which will leave Americans safer, more prosperous, and freer to make the best choices for the use of their property.

Maybe in the process, we can trim back obama’s ears.

Its nice to see Utah determine its own land use, instead of the determination by some commie/perv-enabling, low-life fraud.

Utah will not determine anything, because all the land in question belongs to the USA, whether it’s in a national monument or not. None of the land ever belonged to Utah, and it still won’t. The BLM will determine how it’s used, but it will be subject to fewer restrictions, and will be able to approve economically useful activity that would not be allowed in a national monument.

Lesbian Privilege: Ellen Shares Tweet Only She Can Get Away With In Wake Of Weinstein Scandal

Sounds like Obama deliberately left a mess behind him.

The left’s handler’s and its useful idiots will do anything to destroy our way of life. Like Russian oligarchs after the fall of the Soviet Union, all they care about i$ their piece of a any pie that i$ left over – and control over the rest of us.

The Flakes, Corkers, Boehners, Ryans, McConnells, McCains will get theirs, too – if they play ball.

No, he didn’t deliberately leave a mess, he deliberately entrenched something he believes in but we don’t. As far as he’s concerned it’s not a mess; this land shouldn’t be used for anything that makes people better off, because exploiting Mother Earth is wrong, we belong to Her and not She to us, and there are too many of us already. He’s wrong, of course, but this is the enemy’s religion, and we have to understand it if we’re to discuss their actions intelligently, just as we must understand Islam if we’re to make sense of what our jihadist enemies do.

Oh I dunno, Trump should leave him SOMETHING. Maybe just rename it the “Jug Ears Monument”.

Obama was so blatant in his corruption, I don’t see any need to sugarcoat erasing his legacy. Now if only Trump would get around to prosecuting Hillary and Obama (and appointing a special prosecutor to investigate Mueller and Comey).

“Obama was so blatant in his corruption…”

The statement is more amazing for what it implicates about the boehners/mccains/mcconnells and the rest of the GOPe rats that enabled him.

This would be wonderful if it can legally be done, but I don’t think it can be. The Antiquities Act is a one-way ratchet, authorizing presidents to declare national monuments on federal land, but not to undeclare them. As far as I can tell the only way to abolish or shrink a national monument is by an Act of Congress.

And if Congress is going to act, it should not just authorize shrinking this particular monument, it should repeal the Act altogether. This is not a power presidents should have. If some area is clearly worth preserving, let Congress declare it a national park. The only purpose of letting the president sequester federal land from economic use is if the numbers aren’t there in Congress to do so, because there’s significant opposition to it, and if so it shouldn’t be done at the president’s whim.

Actually, the law’s section which directs that the land reserved not exceed “the smallest area compatible with the proper care and management of the objects to be protected” would allow the President to reduce the size of any historical reservation, which exceeds those bounds.

The Act was originally passed as a means to halt exploitation of historical sites If Congress wished to examine the designation, it can and can address changing it. This has happened a few times in the past.

What happened with bears Ears, is that the designated area reserved is far too huge. All of the archeological sites were subject to federal law with regard to looting of archeological objects prior to the designation as a national Monument. So, it was unnecessary to protect archeological objectives. Other than the two buttes there are no significant natural features in the monument area that need to be protected. The designation was essentially a backdoor means of giving specific Native tribes control over federal land for political purposes. Nothing more.

Actually, the law’s section which directs that the land reserved not exceed “the smallest area compatible with the proper care and management of the objects to be protected” would allow the President to reduce the size of any historical reservation, which exceeds those bounds.

I don’t think so. It might be grounds for a court to strike down the proclamation altogether, though I doubt it. But I don’t see any language in the law that would let a president reduce a previous proclamation to bring it into line with this requirement.

The whole law is a totally unnecessary grant of power to the president, which has been misused time and again, and it’s time it was repealed.

Well, if the initial proclamation is in violation of the language of the law, then that proclamation is null and void. Now, there are two ways to get a judicial decision on this matter. The first would be to file suit to have the proclamation declared illegally broad. The second way is to simply state that it is illegally vague and roll it back to conform to the law. At that point it becomes the responsibility of someone else to file suit and obtain a legal decision.

As a proclamation which is overly broad and does not conform to the language of the law is not legal, then I would simply draft a plan which allows for the least amount of territory necessary to protect those features allowable under law.

When it was initially passed it was accepted that it would allow for immediate protection of historical areas and that, if the Congress did not agree with that action, it could vacate or modify the proclamation. There is nothing wrong with the law. What the Congress hath granted, the Congress can taketh away.

When it was initially passed it was accepted that it would allow for immediate protection of historical areas and that, if the Congress did not agree with that action, it could vacate or modify the proclamation. There is nothing wrong with the law. What the Congress hath granted, the Congress can taketh away.

Not without a 2/3 majority in each house it can’t.

The law serves no useful purpose. No area that is already under federal control needs this protection so urgently that it can’t wait for an Act of Congress. Its only function is to let presidents permanently lock away federal land against the wishes of at least one house, or at least of 41 senators.

A complete repeal of the 1964 Wilderness and Wild River Act would go,along ways in restoring sane forest management polices to the west

A minor quibble, a square acre is a unit of volume not area.

Oops. Meant to say a square acre is a unit of fourth dimensional volume.

Ouch. I completely missed that; must have been skimming. That’s even worse than “light years ago”, or “knots per hour”, or “the ship that made the Kessel Run in less than 12 parsecs”.