Fell asleep at the wheel, decimated a family 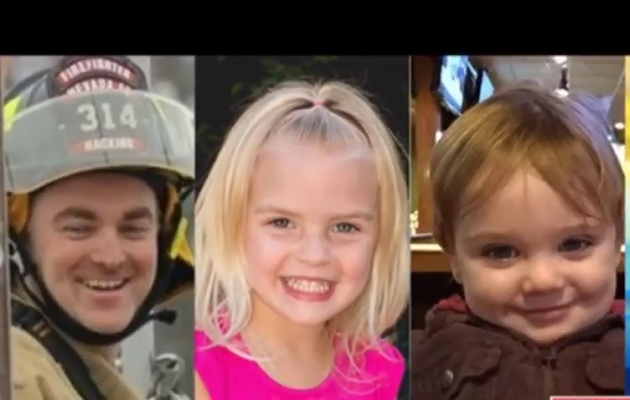 A courageous Texas woman who lost her husband and two children when an illegal alien fell asleep at the wheel and hit their vehicle head on is objecting to the two-year sentence the illegal alien received.

To add insult to injury, he is serving this time concurrently with his existing two-year sentence for illegally re-entering the U.S. after having been deported.

A Texas woman is criticizing the two-year sentence an illegal immigrant received for killing her husband and two youngest children in a car crash last year.

Courtney Hacking told “Fox & Friends” Saturday that the sentence in a Texas state court doesn’t compensate her for the loss of her 36-year-old husband Peter, a volunteer firefighter, 4-year-old daughter Ellie and 22-month-old son Grayson in the accident.

“People think his crime and his punishment seem to fit because he was an illegal immigrant,” she said, referring to Mexican Margarito Quintero Rosales who pleaded guilty to criminally negligent homicide in connection with the crash. “But to me being illegal in the country was a crime on its own so I don’t understand how he did get only two years.”

She added, “To me I take it offensively. I take it personally.”

Cops say Quintero swerved into Hacking’s vehicle which was coming the other way when he fell asleep at the wheel, WFAA-TV reported.

The sentencing took place Sept. 29. The sentence was the maximum under state law, the station reported.

Quintero has been jailed since the accident. He will complete the sentence in about another 110 days.

He is serving that sentence as he serves a two-year federal sentence for reentering the U.S. illegally after being deported. Court records show he was charged with that crime after the accident and sentenced last month.