Listen to your consumers! 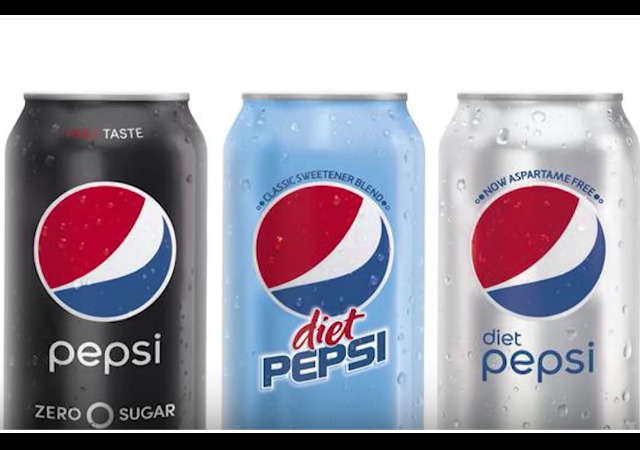 When will companies learn to listen to their consumers? Maybe PepsiCo will now that its profit dropped 10% in the third quarter after it devoted more time to healthier drinks instead of its staples like Pepsi and Mountain Dew. From The Wall Street Journal:

PepsiCo this year shifted resources away from its namesake cola and Mountain Dew toward new products such as its premium bottled-water brand, LIFEWTR, and a sparkling lemonade called Lemon Lemon, finance chief Hugh Johnston said in an interview Wednesday.

But those brands weren’t big enough to compensate for the resulting drop in market share for Pepsi and Mountain Dew. Gatorade sales also fell, hurt by weak convenience-store sales and cooler weather compared with the previous two summers.

Last December, I blogged about PepsiCo’s decision to push healthier options and even asked if this is what consumers prefer over their usual products.

Pepsi CEO Indra Nooyi wants to make the company a “health juggernaut,” but to keep up with the consumer wants, the company has increased the sugar content of its products.

The Wall Street Journal reported that PepsiCo has fallen “behind the goal it made in 2010 to triple revenue from nutritious products to $30 billion this decade” with only a few successful healthy launches.

In fact, PepsiCo decided to put more sugar into its products and sales started to boom again. Sales of Diet Pepsi went down when the company moved away from the controversial sweetener aspartame, because the taste changed with sucralose. PepsiCo went back to aspartame.

IT’S ALL ABOUT TASTE. From The Wall Street Journal:

These are hard truths for big food companies. Taste is the biggest factor in a snack purchase, according to 66% of baby boomers and 53% of millennials in a March survey by consultancy Alix Partners. When people get together, “they have snacks like potato chips and pretzels. They don’t all sit around and snack on granola bars,’’ says Norman Deschamps at market researcher Packaged Facts.

Natural and organic foods and beverages are growing fast—23% to $41 billion the past two years in the U.S.—but are still a small slice of the country’s $425 billion in overall sales, according to retail tracker Spins. Such products are often costlier to develop and harder to scale up. There were up to 50,000 products in a typical grocery store by 2013, up from 15,000 in 1991, but a quarter of them sold less than one unit a month, according to Accenture, a global consultancy.

Despite the evidence I blogged about in December, PepsiCo still devoted more space to the healthier drinks than its regular products.

Nooyi stated that the company will make some changes and use more shelf space for its top products like Pepsi and Mountain Dew. But Johnston’s statement says otherwise:

“We’re on a multiyear journey to move people to healthier products, to lower-calorie options,” Mr. Johnston said. “You’re always sort of managing your pacing. How quickly will consumers change their habits?”

He added: “We just got ahead of our skis a little bit.”

Maybe we don’t want to change our habits?

PepsiCo suffered a lot in North America. From CNBC:

The big lesson from the quarter, Nooyi said, “is that it’s an endgame, not an all game. When we [launch] new products, we have to go for new shelf space. The core shelf space, especially in [convenience] stores for the big brands, we have to protect the hell out of it, and that’s what we’re going to do.”

The North American beverage business generated revenue of $5.33 billion in the third quarter, compared to $5.52 billion the same period the year prior. Its operating profit dropped 10 percent, to $817 million from $904 million.

CNBC also reported that PepsiCo cut back on “its full-year organic revenue growth target, expecting growth to be about 2.3 percent” instead of 3 percent.

My hope is that half of Pepsi’s decline is due to the CEO of Pepsi being an anti-American globalist shill that changed their logo to match Obama’s campaign logo.

That would mean that Pepsi could easily cut their decline in half by firing that CEO and her team.

notamemberofanyorganizedpolicital in reply to mrboxty. | October 4, 2017 at 6:15 pm

I have been avoiding all Pepsi products (including their snack products) since that CEO’s tantrum.

So I’m not the only one who thought that? I rode the Metro into DC in the early Spring of 2009 and the logo was plastered all over the walls of the station. I thought it was that obama logo. It took a few weeks to dawn on me that it was a new Pepsi logo.

notamemberofanyorganizedpolicital in reply to buckeyeminuteman. | October 5, 2017 at 4:45 pm

Who in their right mind wants to drink “Obama Cola?”

Nooyi basically axed most of Pepsi’s American workforce, except for local bottling and shipped those jobs to India. Even Marketing and Sales jobs were moved to India. She bet (correctly) that if Pepsi bought up enough of the local water rights (up to 5% of all local water), then customers would have to drink something.

Basically she had the company buy up monopoly power (oligopoly power with Coca Cola really), and then use that power to cut out the costs to trying to be competitive in the marketplace.

She’s been right and Pepsi has been profitable, but she’s destroying the market demand for soda (marketing and sales fo juice demand) but, as this article shows, it doesn’t matter. If customers don’t want soda, they have to drink something and Pepsi owns enough of the water supply that they’ll have to drink Pepsi something.

This is simply another case of company leadership being out of touch with their consumer base.

Pepsi Cola is always going to be “the other guy”. As a beverage, it will never have the name recognition as Coca Cola. What it does have is a loyal following who really, really like very sweet carbonated beverages. So, Pepsi has been modifying its line-up to less sugary drinks and waters. This tends to lose them their traditional customer base. And, they are never going to pick up a significant number of Coke drinkers, by attempting to taste like Coke. Coca Cola simply has too much name recognition.

Change is not always good.

Damn! I feel so out of it. I don’t drink soft drinks and don’t watch football. Don’t subscribe to any magazines or newspapers. I cut the cable years ago. I really need something I can boycott. I actually like broccoli so that won’t work.

I guess I will boycott Ferrari. I don’t know what over but, hey Ferrari it is.

Can I boycott Global Warming?

I’m glad that Pepsi has an aspartame-free, splenda-sweetened version of its cola, though I am very disappointed that they haven’t come out with splenda versions of their other products, like A&W root beer. I’m a root beer nut, I never much liked colas. Coca-cola resolutely refuses to use anything but aspartame in their diet sodas.

Disagree a little about Coke – they had for a short period of time a Diet Coke variant with Splenda. I just remember there being something yellow on the regular label, I think, to distinguish it from regular Diet Coke. Finding it was very hit or miss.

I do really appreciate this move by Pepsi. I am among the millions who are Aspertame sensitive (Hello FDA?). Apparently, this is fairly well known around the piloting community. Friend tells of blacking out of a minute or so in the air once after drinking a Diet Coke, and quit drinking it as a result. I don’t drive more than a short distance after drinking anything with Nutrisweet in it. Too dangerous for me. I am sensitive to it – jacks me up (much more than the caffeine), gets me jittery, then I crash. I tolerate Splenda much better, so immediately pick Diet Pepsi over Diet Coke anymore when given the choice.

Diet RC has had Splenda for years. About the only place I find it though is in Arizona. In much of the rest of the west here, they stock regular RC and Diet Rite, which is, essentially caffeine free Diet RC, but not Diet RC itself. My preferences in taste are: RC; Pepsi; then Coke, but Diet RC is even rarer in pop dispensers than in cans or bottles, so if I am going to drink a cola product anymore, it is most likely going to be Diet Pepsi.

Any drink that has artificial sweeteners in it is bad fo you. Pepsi increased the sweetener content ?Aren’t people fat enough yet ? I wouldn’t buy ANYTHING, not made in the USA. ( Including China )

Call me weird, but I actually like the taste of Coke Zero. They just discontinued it and now have some new Coke Zero Sugar. I’ll try it but I bet it doesn’t taste the same.