NYC: Teen Charged With Hate Crime For Beating A Stranger For Being White

NYC: Teen Charged With Hate Crime For Beating A Stranger For Being White 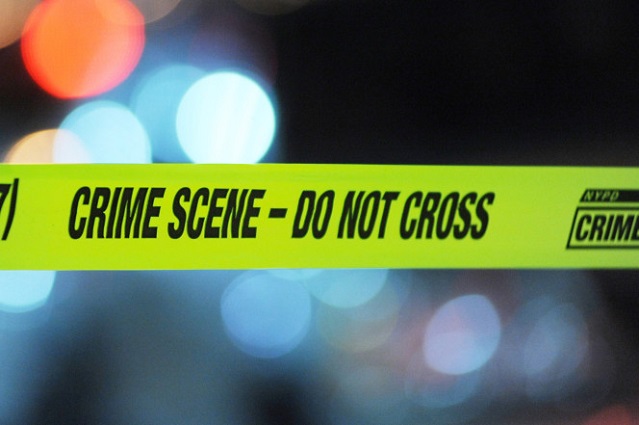 A black New York City teen has been arrested and charged with a hate crime for beating a 65-year-old man because he is white.

A black teenager has been arrested for assaulting a stranger allegedly for being white, police said Friday.

Devon Ahmad, 18, of Amityville, LI, was riding an elevator with a 65-year-old man at 257 W. 39th St. in the Garment District around 5:15 p.m. Thursday when he allegedly first began a verbal attack.

“White people suck. I hate white people. White people are the source of my problems,” said Ahmad, who is black, to the white man, according to cops.

When the elevator reached the ground floor and the doors opened, things turned physical. Ahmad punched the victim multiple times, causing swelling and bruising to the right side of his face, police said.

Ahmad was picked up a little while later at the commercial building. He was charged with assault as a hate crime.

The teenager was arrested previously for assault in December 2016. Several other arrests are now sealed, police said.

The victim was treated for his injuries at the scene.

The socio-cultural corrosion of the left’s divisive race-baiting and identity politics strikes again.

“The teenager was arrested previously for assault in December 2016. Several other arrests are now sealed, police said.”

Why is this feral animal allowed to run loose?

But, but, this attacker was black and I thought is was impossible for a black or other minority to be racist. Or is a crime of hate not anchored is racism?

Toss this kid into a 6 x 9 cell with a large tattooed guy named “LeRoy” and, for good measure, throw in a large tube of K-Y before the door is locked.

Rape is not funny. Joking about it is never acceptable.

I agree, rape is never funny or something to joke about. It bothers me a lot that late night talk show hosts and others make such jokes, which normalizes criminal conduct.

One of the issues leading to protests by NFL players was putting too many young black males in prison. The fact that many young black people are committing serious crime notwithstanding. Go figure.