“Right off the bat I can name six names” 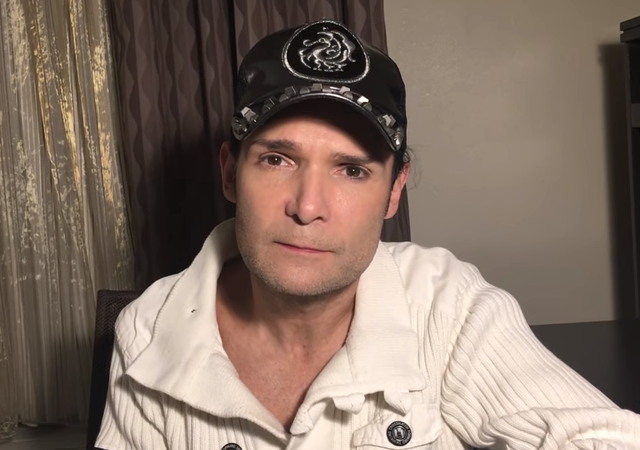 The Harvey Weinstein scandal has given actor Corey Feldman an opportunity to revisit an issue he has been talking about for years. Feldman claims he is a survivor of sexual abuse at the hands of pedophiles who hold powerful positions in Hollywood. He has also repeatedly said that the problem is worse than anyone knows.

Actor and singer Corey Feldman stated in a YouTube video published Wednesday that he wants to make a documentary film to name and expose abuse and pedophilia in Hollywood.

Feldman said, “Right off the bat I can name six names one of them who is still very powerful today, and a story that links all the way up to a studio. It connects pedophilia to one of the major studios. I am very afraid to do this, it’s not easy. I’ve been living in fear and living with this my entire life. As most victims have, I’ve been made to feel awkward, misunderstood, and I’ve been degraded at great levels.”

He continued, “Rumors have been told, stories have been made up about me, I’ve been insulted and degraded in ways that are unimaginable to me, all because they fear what I know as the truth. I’m not alone. I know that there’s thousands others that have experienced what I have experienced in the entertainment industry.”

“I also know there’s peers of mine who know what I’m talking about and know all the details but have been afraid to come forward with their own truths,” he added.

Feldman begins by talking about some of the odd experiences he’s had recently.

The claim that he was arrested is odd because just a few days ago, Feldman was clarifying on Twitter that he wasn’t arrested. His tour bus was stopped for speeding and the cop then cited Feldman and others for marijuana possession. He was able to pay a fine and was not arrested or taken to jail.

As for the near-death experience this apparently just happened and seems to be the first that anyone has heard about it. Feldman goes on to say, “I need to protect myself and I need to protect my family.” The money he raises on Indiegogo will be used for additional security as he works on a film to detail his past abuse.

Feldman has launched an Indiegogo campaign to raise money for the project:

People have long awaited a response from Corey as to what exactly happened in his childhood alongside best friend Corey Haim. In his book, Coreyography, Corey describes what happened but it isn’t clear who exactly the predators are. The best way, he feels, in order to tell the whole story, is for Corey to come forward in the form of a film about his life. We are embarking on a dangerous and exciting journey to get to the bottom of the truth. However in doing so there are great security risks.

This would have a wrecking ball effect on Hollywood, especially if what Corey has suggested about the rank of the individuals involved is accurate.

In Hollywood? This can’t be allowed to be true! Liberals are at risk. Translate, Feldman will be destroyed.

They won’t destroy him.

Most of what liberals claim as enlightened sexual mores is nothing more than giving an excuse to their secret desires being made real.

They will instead become the loud and proud defenders of young boys sexual liberation and claim they were doing it for their liberation.

Corey, they will argue, is yesterday’s prude and wet blanket.

All one needs to do to prove that is to see Disney has embraced a gay character.

How long before we see a teenage boy kiss another teenage boy with sexual overtones being celebrated on the Disney channel as good television?

When I look at pictures of him I see a person who has already been destroyed. He looks to me like someone who has been carrying around a tremendous amount of pain and sadness for a long, long time.

It is possible that he sees exposing this corruption in Hollywood as a way of lifting at least part of the burden from his shoulders. I don’t care what anyone says, a lot of child victims are encouraged to blame themselves.

I hope he has very good security because while the casting couch is acceptable pedophilia is not.

This isn’t about gayness or sex between people of the same age. It’s about adult sexual predators abusing children.

Not to the pedophiles.

They are desperate to hide their crimes behind the facade of ‘gay.’

If you didn’t know it before, now you know why obama made it his life’s work to introduce perverts in childrens’ bathrooms.

Elections have consequences. So does covering your ass by relying on hillary clinton. Right, barry?

This will be very painful, but also cathartic.

They killed your friend, and tortured/blackmailed you for many years Corey.

Get your lawyers lined up.

This will be very painful, but also cathartic.

They killed your friend, and tortured/blackmailed you for many years Corey.

Get your lawyers lined up.

What is he waiting for? For someone else to name names first?

hi is afraid for his life – with all the ‘dope’ and other meds he has taken, what is reality ?

what is the history of his claims ?

LibRules have always celebrated Roman Pulaski,
who raped a 13 year old GIRL.
in the current culture, why should anyone be surprised if this happened to a BOY.

after all they are not ‘children’.
they have sexual urges and in previous centuries and Muslim culture they marry. (tell me again why we WANT Muslim invasion – err I MEAN IMMIGRATION)

the celebration of the left to cut off boys genitals and implant Penis substitutes in females – these confused/ambiguous people need psych help and our pity.

we need to bless our lucky stars that Trump was elected –
the GOPee are for the most part not any different from the Dems of 10 years ago.
how we will survive as a nation is not clear.

think about how the once mighty Roman Empire was destroyed from within.

Well, if you read history, it was NOT buggery or pedophilia.

Those had been historically practiced for a LONG time in Rome, and in Greece before that. Slavery favored both practices in Rome. Man-boy sexual conduct was a common trait in Greece.

What really caused the end of Rome was a descent into tribes, or literally “colors” among the populace.

What really caused the end of Rome was a descent into tribes, or literally “colors” among the populace.

So…kinda what Progressives have been trying (and succeeding) to do to the US and to rest of the world.

notamemberofanyorganizedpolicital in reply to murkyv. | October 26, 2017 at 9:14 pm

Giddeon’s “Decline and Fall of the Roman Empire” also blames the elites for gradually destroying the middle class.

Progressives like T-rump. He (they) may be succeeding with you. Not with me. I’m hated here because I won’t join the T-rump cult.

rabidfox, what was the thing that MOST contributed to the rise and explosion of the middle-class?

I assert it was the development of market economic. That thing that both Sanders and T-rump seem to hate.

Now you know what obama was all about. He’s a corrupt perv, making the bulk of his presidency enabling other pervs.

Nothing will come of this, the perpetrators are from a protected class.

Well, the Church went through it. Now, it’s time for liberal institutions to own it.