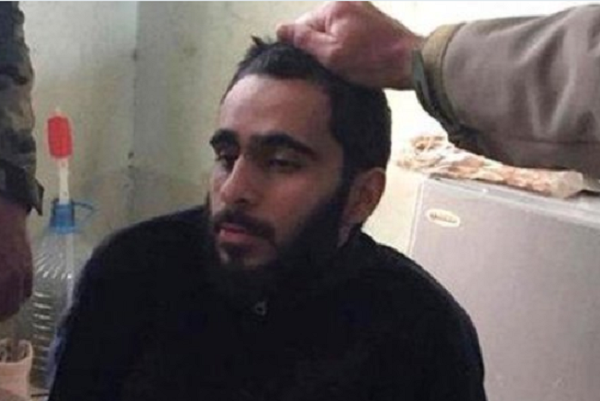 Virginia resident Mohamad Jamal Khweis ran off to join ISIS in 2015 and was captured by Kurdish fighters the following year.  The Kurds turned him over to the U. S. military, and he was tried, convicted, and sentenced to 20 years in prison.

MORE: Alexandria, VA man who joined ISIS in Iraq, Syria has been sentenced to 20 years in prison https://t.co/Q0dpe3tjng

The Office of the U.S. Attorney for the Eastern District of Virginia said in a statement that Mohamad Jamal Khweis, 28, was convicted by a federal jury June 7. He left the U.S. in December 2015 and crossed from Turkey into Syria to join ISIS for two and a half months.

Khweis, a graduate of Edison High School in Fairfax County and Northern Virginia Community College, is the first American to be captured on the battlefield fighting for ISIS.

In Syria, the statement said, Khweis stayed in several safe houses and filled out an intake form on which, among other things, he indicated he was willing to be a suicide bomber. He also underwent religious training, attended lectures, watched military videos and gave money to other ISIS members.

Eventually, he was deployed to Iraq and captured by Kurdish Peshmerga forces in March 2016. In March of this year, the U.S. military got his intake form and an ISIS camp roster with Khweis’ name on it.

. . . . “The evidence at trial demonstrated that Mohamad Khweis is an unpredictable and dangerous person who was radicalized towards violent jihad,” U.S. Attorney Dana J. Boente said in the statement.

Boente’s office said at the time of Khweis’ conviction that before leaving the U.S. he sold his car, closed his online accounts and didn’t tell his family where he was going. Boente said at the time that Khweis was “not a naive kid who didn’t know what he was doing. He … studied criminal justice in college. He strategically planned his travel to avoid law enforcement suspicion, encrypted his communications, and planned for possible alibis. Khweis knew exactly what he was doing, knew exactly who ISIS was, and was well aware of their thirst for extreme violence.”

Boente added that joining ISIS or any terrorist organization was “a federal crime, even if you get scared and decide to leave.”

Khweis was convicted of providing and conspiring to provide material support or resources to ISIS, and a related firearms count.

Why should we taxpayers support him for the next twenty years? It’s called treason and he should be sentenced to death.