Trump called the deal an embarrassment. 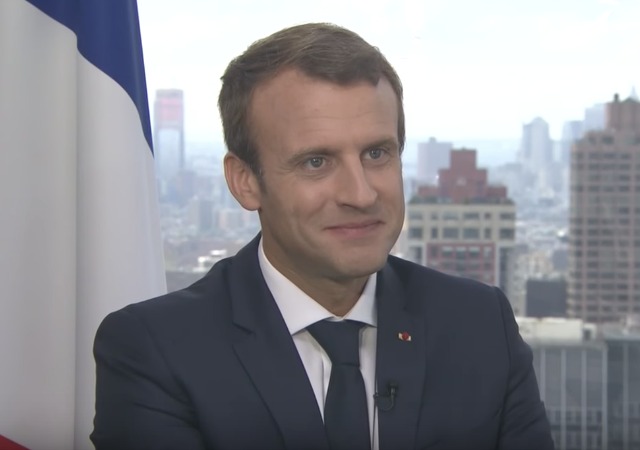 French President Emmanuel Macron said that the nuclear deal with Iran is not enough to keep pressure on the regime since officials continue with ballistic missile tests and still try to bully regions around it. From Reuters:

“Is this agreement enough? No. It is not, given the evolution of the regional situation and increasing pressure that Iran is exerting on the region, and given increased activity by Iran on the ballistic level since the accord,” Macron told reporters in New York.

However, Macron still believes this deal “remains the best way to prevent Tehran from developing a nuclear bomb,” but he also admitted “it could be improved.” Reuters continued:

“Let’s be honest, the tensions are on the rise, look at the activities of Hezbollah and Iran’s pressure on Syria. We need a clear framework to be able to reassure regional countries and the United States,” Macron said, adding that he was ready to mediate between the United States and Iran.

Macron also said that he will try to convince President Donald Trump to change his mind on the deal since he has called it “the worst ever.”

Trump spoke in front of the UN General Assembly on Tuesday and he brought up Iran. He called the regime “a corrupt dictatorship behind the false guise of a democracy.” He told Iran that the regime needs to release its political prisoners. From The Independent:

“It is time for the entire world to join us in demanding that Iran’s government end its pursuit of death and destruction,” Mr Trump said. “It is time for the regime to free all Americans and citizens of other nations that they have unjustly detained. And above all, Iran’s government must stop supporting terrorists, begin serving its own people, and respect the sovereign rights of its neighbors.”

He also called the nuclear deal an embarrassment. The Independent continued:

“The Iran deal was one of the worst and most one-sided transactions the US has ever entered into,” Mr Trump said. “Frankly, that deal is an embarrassment to the United States, and I don’t think you’ve heard the last of it. Believe me.”

Trump said late Wednesday night he has reached a decision on the Iran nuclear deal, but has not shared it with anyone, including America’s allies. From CNN:

“Well, I have decided,” Trump told reporters who pressed him for an answer before they were escorted out of his meeting with Mahmoud Abbas, president of the Palestinian Authority.

Trump, however, declined to disclose his decision, teasing to a future date.

“I’ll let you know what the decision is,” Trump said with a smile.

Iranian President Hassan Rouhani told CNN’s Christiane Amanpour on Monday that America “will pay a ‘high cost’ if Trump decides to leave the deal.” From CNN:

“Exiting such an agreement would carry a high cost for the United States of America, and I do not believe Americans would be willing to pay such a high cost for something that will be useless for them.”

Rouhani said such an action by the Trump administration “will yield no results for the United States but at the same time it will generally decrease and cut away and chip away at international trust placed in the Unites States of America.”

Obama skipped the Senate at the last minute and took that deal to the UN Security Council in the dead of night and signed it. What a sniveling coward. The entire thing has got to go.

Hundreds of US service members have been killed in Iraq and Afghanistan by weaponry that the Iranian government gave to Al Qaeda and the Taliban to use against us. Rifles, RPGs, explosives used for IEDs and even EFPs that go right through armored vehicles. Dirty bastards should never have been given a deal to start with.

Wonder what Macron’s first clue was. Did he finally learned the nature of a Muslim hudna (a pause in fighting so Muslims could gather more strength; it’s only done when Muslims feel themselves in a weaker position)? Did he learned about Muslim lying called taqiyya? Did he read that Mohammad practiced duplicity and encouraged his followers to do the same; “War is deceit?”

I get the impression that Macron has found himself a new role model.

On this hand, but on the other hand.
Now where have we heard this before.

I’d rather have Macron as our Secretary of State than Tillerson. Tillerson’s been a disappointment.