Was he going to clone her? Lock. Him. Up. 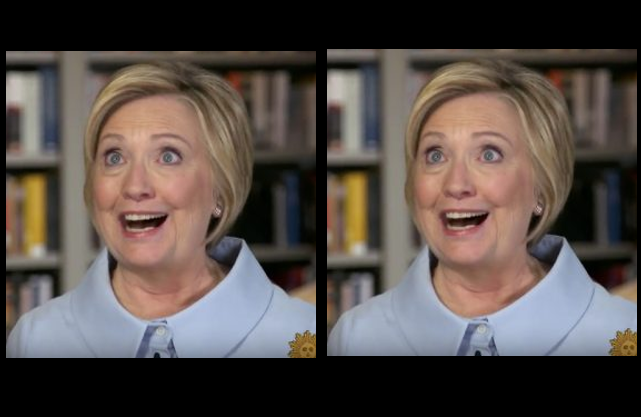 I just developed a profound new respect for our judicial system.

The last time we checked on former pharmaceutical titan Martin Shkreli, he had been arrested by the FBI, accused of orchestrating a “trifecta of lies, deceit and greed” related to his hedge fund and pharma business dealings. The move occurred after Shkreli gained notoriety for jacking the prices of life-essential medicines by over 5000% while he was the CEO of Turing Pharmaceuticals.

Shkreli was convicted of defrauding hedge fund investors in last month, and may eventually get a sentence of up to 20 years when sentenced. While awaiting sentencing, he made an usual request of his Facebook followers:

Pharma cad Martin Shkreli was decreed a “danger to society” Wednesday and jailed by a federal judge following Facebook posts in which the loudmouth said he’d cough up $5,000 per strand of Hillary Clinton’s hair.

Despite a groveling letter from the 34-year-old claiming the social media status was an “awkward attempt at humor or satire,” Brooklyn federal court judge Kiyo Matsumoto revoked his $5 million bond and ordered him thrown behind bars.

“The Clinton Foundation is willing to KILL to protect its secrets. So on HRC’s book tour, try to grab a hair from her,” the Pharma Bro wrote on Monday.

“I must confirm the sequences I have. Will pay $5,000 per hair obtained from Hillary Clinton. Payment after the sequence matches. Good luck, patrollers,” he added.

A VICE Documentary summarizes how cloning is done, for those of you interested in learning about the process.

In my wildest imagination, I never dreamed of the possibility of duplicate Hillary Clintons. I am not the only one:

I am beyond words:

So, many thanks to Judge Kiyo Matsumoto for recognizing the risks!

Oh, for the love of…

This is why conservatives and the right keep getting trounced by the left online and in the sciences. Because so many of us are ignorant and arrogant about it (the Dunning-Kruger effect).

Whether or not Shkreli has DNA evidence connecting Hilary to something explosive, he wants people to think he does and that’s why he’s asking for hair samples – so he can confirm that the DNA he has is really Hilary’s. That’s it. He’s not going to clone Hilary. Honestly.

Oh, and whether it was his intent or not – it’s hard to tell – raising the price of Daraprim actually disrupted the monopoly on it and led to another company introducing an equivalent for $1/pill. Had he maintained the monopoly price on it, AIDS patients would still be paying $13/pill.

Agreed. He’s not threatening to clone her, he’s intimating that he has a DNA sample linked to a crime, a sample which he believes is Hillary’s. He needs a sample from her to see if DNA with a known provenance (from Hillary’s head) matches what he has in hand.

Also, the idea that he’s threatening violence doesn’t make sense either. If he’s looking for a DNA match to link Hillary to a crime, why would he solicit her murder in order to establish that link? Nonsense.

Of course, the suggestion he can link Hillary to a crime via a DNA sample is most likely nonsense itself, but he certainly isn’t planning to clone her.

If he turns up hanging in his jail cell, or gets shanked on the food line or in the shower, we’ll know the evidence is pretty good.

I cannot believe this post is serious. On a law blog. Really? This is Huffpo crap. A guy you don’t like gets thrown in jail for the most dubious reason, and yahoo! This used to be a country of law. Of seriousness. Not vindictive harpy-ism.

It’s not only not a coincidence, it’s not even true. Shkreli did not say he liked Trump before he was arrested in December of 2015.

He has nothing to do with Epi-Pens.

I think that was Joe Manchion’s daughter, wasn’t it?

Shkreli had nothing to do with the Epi-Pen!

“In 2015, then serving as CEO of Turing Pharmaceuticals, Shkreli hiked the price of toxoplasmosis treatment Daraprim from $13.50 per pill to $750 per pill.”

It seems as if every time I’m reminded to check out the blog of my old professor, I’m presented with a shiny new example of its complete embrace of hypocrisy. Tonight, I visit after seeing the Legal Insurrection Twitter account retweeting a complaint that the title of a story at The Hill mischaracterized SHS’ assertion that calling the President a racist is a fireable offense, noting “This is why people hate the mainstream media.”

And nearly simultaneously with that retweet, y’all post a story where you characterize a judge deeming a convict on bail awaiting sentencing a danger to society for publicly soliciting assault for money as the judge deeming him a “’danger to society’ for wanting strand of Hillary’s hair”.

It was the public solicitation of a crime of violence, not the desire for Hillary’s hair, that caused the judge to deem him a danger to society and revoke his bail.

Remember when this blog had integrity and standards? I do. Now it just cynically adopts the habits of the huckster Administration, almost prideful about how blatantly hypocritical it can be. I guess it’s working, since so many people seem to have become numb to it. I doubt most will even bat an eye at a White House Press Secretary saying from the podium that calling the president a racist is certainly a fireable offense without a care for the fact that her boss, the leader of the free world, called the president a racist just a few years ago.

Situations matter. If you work for the POTUS calling him a racist would indeed seem to warrant dismissal; making the same remark about your boss in the civilian sector could also be grounds for firing.

In either case if you’re on the outside … not so much.

Neither even worked in government, much less for the POTUS, when they called the sitting POTUS a racist.

Eastman’s post seems obviously and intentionally absurd. You need to get your funny bone tuned.

A part of it is satire. The claim that he was declared a danger to society for wanting Hillary’s hair is not the satirical part, it’s supposed to be the truth that the satire is mocking. If that part isn’t true, the rest of the satire doesn’t really make sense.

Donald Trump called Obama a racist? Could you please cite your source?

Come on. A clone is nothing but an identical twin. If Clinton had a twin sister, especially one raised in a different environment and exposed to different choices, there’s every chance in the world she’d turn out to be a very nice person, perhaps even a great leader and future conservative president. At least, there’s no reason to assume the opposite, that she’d emulate her much older twin and become a grifter.

What’s funny is the usual liberal idiot doing what liberals do best, have a complete lack if humour attack hahahahahaha

But if it’s supposed to be stereo, I can’t get it to work. Hillary remains strictly two dimensional no matter what I do.

So he solicited someone tp pluck a hair, which is what a whole second of pain?

I can’t help but wonder if he had a plan. Get the judge to revoke bail. Tomorrow his lawyer goes to the appellate court and gets it overturned. Then he argues that the judge overreacting is proof that the judge is biased against him and he gets all the results to date overturned.

This was supposed to be a satire piece…clearly

Perhaps he just wants to make a voodoo doll.

I’ve got several pairs of Hillary’s panties. I’ll see if I can come up with a hair.

Even though I laughed, I have to downthumb this. Worst effing imagery ever.

Perhaps he wants to check her for drugs.

I’m waiting for some enterprising investigator to get Liz Warren’s DNA from a drinking glass or some such to test her ancestry.

The Girls from Brazil.