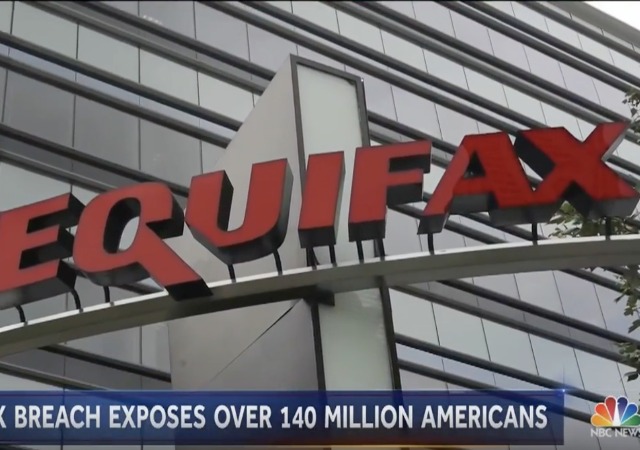 In July, major national credit-reporting company Equifax was hit by a cyberattack that exposed personal information of about 143 million U.S. consumers. Three executives at the company sold shares that totaled $1.8 million only a few days after the company learned of the breach.

However, Equifax didn’t reveal details about the breach until September 7. Now the Department of Justice (DOJ) has reportedly opened an investigation to find out if those executives violated insider trading laws.

According to the U.S. Securities and Exchange Commission, “[I]llegal insider trading refers generally to buying or selling a security, in breach of a fiduciary duty or other relationship of trust and confidence, while in possession of material, nonpublic information about the security.”

The website included examples of insider trading cases, one of which is when “[C]orporate officers, directors, and employees who traded the corporation’s securities after learning of significant, confidential corporate developments.”

From Bloomberg earlier this month:

The credit-reporting service said earlier in a statement that it discovered the intrusion on July 29. Regulatory filings show that on Aug. 1, Chief Financial Officer John Gamble sold shares worth $946,374 and Joseph Loughran, president of U.S. information solutions, exercised options to dispose of stock worth $584,099. Rodolfo Ploder, president of workforce solutions, sold $250,458 of stock on Aug. 2. None of the filings lists the transactions as being part of 10b5-1 scheduled trading plans.

The three “sold a small percentage of their Equifax shares,” Ines Gutzmer, a spokeswoman for the Atlanta-based company, said in an emailed statement. They “had no knowledge that an intrusion had occurred at the time.”

The investigation includes the three mentioned above.

Equifax’s shares fell by 13% after news broke about the breach. This morning, Bloomberg reported that shares have now fallen 35%.

Again, the executives, these three men at the very top of Equifax, claim they had no idea the breach occurred when they sold their shares. Filings have shown that the transactions were not “part of pre-scheduled trading plans.”

USA Today reported that “Wyn Hornbuckle, a spokesman for the Department of Justice, referred questions to the office of U.S. [Attorney] John Horn in Atlanta, where Equifax is based.” Horn’s spokesman Bob Page told the publication “that federal prosecutors there are working with the FBI to conduct a criminal investigation of the cyberbreach and resulting theft of personal information.”

To make matters worse, scammers have capitalized on this breach and started to target victims of Equifax. The Federal Trade Commission (FTC) has issued a warning about these scams and steps to take to protect yourself. From International Business Times:

First and foremost, the FTC said consumers should never give out personal or financial information on an unsolicited call. If the consumer initiated the call and can verify the person on the other end of the call truly works for who they claim, then it is likely safe. But most companies will not cold call a person and request their information.

Secondly, consumers should not trust their caller ID to protect them. While a number may appear legitimate, it’s possible for scammers to spoof phone numbers so it looks like they are calling from a particular company. This is a prevalent tactic that scammers have adopted in recent years and will likely be put to use in order to make calls appear as though they are from Equifax or other financial resources.

Finally, consumers are advised by the FTC to immediately hang up on any robocall they may receive. Don’t press “1” when prompted, don’t wait to speak to a live operator, don’t even bother following steps to supposedly remove a phone number from the call list. The FTC warns any interaction is only likely to lead to more robocalls.

great, but why did they let Lois Lerner (sp?) off the hook, and when are they going o prosecute Hillary, Huma, and the rest of the gang for classified document violations?

and lets see some “sanctuary” officials do the perp walk for violating federal immigration law too.

AG Sessions is brain-dead. Or corrupt himself.

Sessions has only a few associates that aren’t holdovers.

then he needs to take a page from his boss’s book and start firing people.

No “sanctuary” official is violating any federal immigration law. I keep informing you of this and you keep ignoring it; at this point you’re deliberately lying. No federal law can require any state or local official to cooperate with federal law enforcement. Congress has no power to make such a law.

Even the controversial (and probably unconstitutional) 8 USC §1373 merely says that if a state or local official wants to cooperate the state or locality can’t make a law to forbid it. But if officials don’t want to cooperate, and their state is OK with that, then no federal law can compel them.

(Scratching my head) … These credit agencies collect info on us, package it, and sell it off to interested to parties. All this without our approval(?) Now, when there is a breach, two of them – Transunion and Experian – want to sell us a credit monitoring package while Equifax is offering a one year’s free package with the hope that at the of the time we’ll agree to extend the package, for a fee of course.

So, why is it that I’m to agree to pay them for securing my data? It all sounds like a high-tech “protection racket” to me. Do get whatta I’m saying, Vinny!

Silly people.
Only politicians are allowed to profit from insider trading.

Joseph “Trey” Loughran is a graduate of Ha-a-avughd Law and was admitted to the Georgia bar in 1995. But he occupies a non-legal post at the company. I did not realize exactly who he was and how I had met him in the past until a couple of days ago. BigWigs estimates his net worth at a little over $12MM. So he has a lot to lose in the matter.

A number of former deputy in-house counsel members at Equifax are among the happiest attorneys in Atlanta these days. They were unhappy a few years ago when the executives passed them over and went outside to King & Spalding and hired the new GC. So disappointed persons left and do not have to contend with this mess and are not at risk of getting fired or losing a job based on the long term fallout. K&S attorneys are also happy, because the firm is getting paid big money to handle the debacle.

It is time for consumers to have the uniform federal right, power, and tools to opt out of credit file construction, retention, and reporting. Not everyone needs or wants a credit history file. If Congress critters cared about the person more than donations, the state, or the corporation, they would pass a statute allowing us to file with Equifax, Experian, Trans Union, etc. to discontinue the file once the reporting period runs and no prospective file building unless we want it.

Interestingly, Equifax and perhaps others recently changed policy to exclude tax liens and judgments from credit reporting because they had so many accuracy problems. That policy change further contributes to revolving consumer credit accounts like credit cards as the largest segment of reporting.

If Congress critters cared about the person more than donations…

If a frog had a glass ass he wouldn’t jump so high.

“If Congress critters cared about the person more than donations …”

Report the emails to the institutions they CLAIM to represent.

i get two or three of those a day, easily, not counting the ones that go automagically to spam…

have been for some time, mostly from companies i don’t do business with. the first giveaway is usually a “.edu” address.