Hoax: Man Lied About Being Attacked for Having Neo-Nazi Haircut

Hoax: Man Lied About Being Attacked for Having Neo-Nazi Haircut 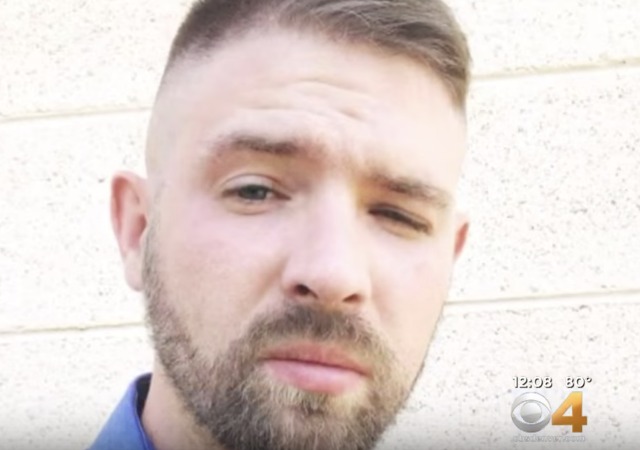 Authorities have arrested Joshua Witt, who claimed another stabbed him for allegedly stabbing him for having a neo-Nazi haircut. Witt admitted that he accidentally cut himself. From CBS Denver:

“Some of those stories got pretty twisted out there,” Sheridan Police Detective Bryan Valenzuela told CBS4’s Tom Mustin.

Last week, 26-year-old Joshua Witt claimed he had been stabbed while getting out of his car in the parking lot of a Steak ‘n Shake in Sheridan.

Thursday Witt admitted to Valenzuela he had made the story up.

“In his words, it was just a twisted lie that simply spiraled out of control,” said Valenzuela.

Witt, a former Navy sailor, had said an African American man had approached him, saw his military haircut and asked if he was a neo-Nazi. The man then stabbed him and took off.

In the wake of the Charlottesville riots, the story made international headlines. Witt appeared on Inside Edition and gave interviews in the U.K.

“In the times that we’re facing, with the violence and the protests, this was more fuel on an unnecessary fire,” said Valenzuela.

Witt posted pictures on his Facebook page showing his bloody jeans and hand, along with the caption, “LOLZ. Apparently I look like a neo- Nazi so I got stabbed at.”

“The surveillance in the surrounding video wasn’t corroborating what he was reporting to us.”

Surveillance video shows Witt buying a knife at the nearby Sportman’s Warehouse. Cameras at the Steak ‘n Shake showed only Witt by his car.

Witt admitted he accidently [sic] cut himself and made up the story so the military would pay for his recovery.

My husband cut his thumb while checking the sharpness of a new serrated knife. Yeah, we bought it since it had so much blood on it. I laughed really hard.

Are sailors normally allowed to have objects they can hurt themselves with?

Nah…we sailors are way to irresponsible to have control over those kinds of things.

Ouch! LOL! I’ve heard that the reason that women are aboard is because you guys weren’t doing a good enough job of sweeping.