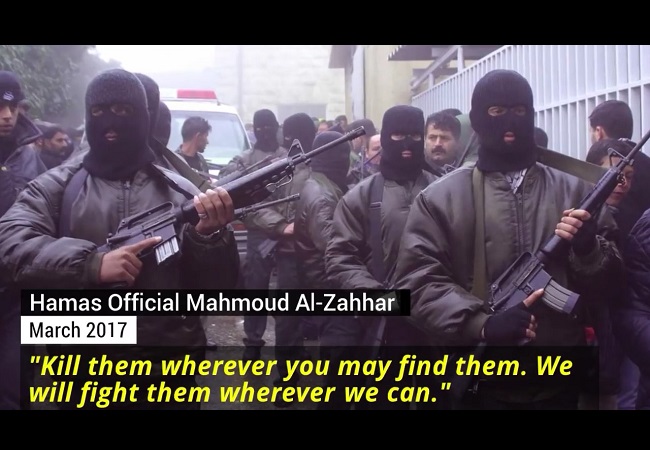 Israel’s security service, Shin Bet, has busted a major money laundering ring run by Hamas that funnelled hundreds of thousands of dollars into building terrorist infrastructure in Judea and Samaria. Hamas operatives were using Turkey as a base for their terror financing operations, revealed a press release issued by Israel’s Minister of Foreign Affairs.

The complex money-laundering operation was uncovered in a joint operation by the Shin Bet, IDF, and Israel Police. The investigation led to several arrests in Judea and Samaria, and identified terror operatives in Hamas-controlled Gaza and Turkey, Jerusalem Post wrote. One of the operatives captured by the Shin Bet was previously released from an Israeli prison “as part of the deal to release captured soldier Gilad Shalit, an agreement that saw over 1,000 convicted Palestinian terrorists set free,” confirmed the newspaper Times of Israel.

Terrorist outfit Hamas, an offshoot of the notorious Muslim Brotherhood movement, took control of Gaza more than ten years ago following the collapse of the Hamas-PLO unity government. After seizing control of the territory in a bloody coup, Islamist outfit Hamas began a campaign of terror against Israel, indiscriminately launching more than 10,000 rockets at Israeli towns and cities. Hamas started three large-scale military conflicts with Israel and continues to stage terrorist attacks inside Israel. The terror financing operation busted by the Israeli security services is part of the Hamas’ efforts to expand its base of operation beyond Gaza.

The axis began operation in early 2016 at the initiative of Muhammad Maher Bader, a senior Hamas activist in Hebron and member of the Legislative Council who recruited two couriers for transferring the funds – Muasseb Hashalmon, a Hamas activist from Hebron who was dispatched to Turkey under the guise of business trips, and who was joined by an additional recruit, Taha Othman, also a resident of Hebron.

Muasseb Hashalmon was asked to transfer terrorist funds from Turkey to Hebron. The funds were intended to finance the activities of members of Hamas’ Hebron command center. He was also asked to transfer funds for Hamas terrorists who had been released from prison.

At the same time, two of Muasseb Hashalmon’s partners – Yusri Hashalmon (his brother) and Omar Kimri – were in contact with Majad Jaba, a Hamas terrorist from Hebron who had been released in the Shalit exchange, and who assisted in coordinating the transfer of funds from Turkey. (…)

The uncovering of the infrastructure indicates the unrelenting motivation of Hamas militants in Turkey and the Gaza Strip to the increase of Hamas terrorism in Judea and Samaria. Hamas elements in the Gaza Strip and abroad recruit couriers from among residents of Judea and Samaria who are traveling abroad in order to transfer terrorist funds and deliver them to militants in the field. More than once Hamas abroad has recruited family members of the organization’s militants in the field or has been assisted by merchants and businessmen who pay a significant personal and commercial price for this activity.

Turkey, under the Islamist government of President Recep Erdogan, has emerged as a major backer of Jihadi groups in the region. Last year, a leaked German intelligence report confirmed that Erdogan’s Turkey was turning into a major hub for international Islamist operations. According to a leaked document belonging to Germany’s Interior Ministry, Erdogan-ruled Turkey had become “a central platform of activity for Islamist groups in the Middle East.” Erdogan regime’s security apparatus, busy supressing Kurds and other dissidents at home, considers Islamists groups like Hamas as its ideological allies.

PLO (Fatah) may be involved in a bloody turf war with Hamas — something common among Islamist groups elsewhere. However, both the outfits are united in their hatred of Israel and the Jewish people. Their terror attacks may target innocent Israelis, but their primary victims are the Arab youth they raise on a toxic diet of Islamist bigotry and hatred.

Gaza-based Hamas and PLO (Fatah), the group that runs Palestinian Territories, have mastered the art of diverting foreign aid coming from generous Western donors to finance their campaign of terror and incitement against Israel. Aid money that should be going towards building civil infrastructure or running schools, is diverted to so-called ‘Martyrs Fund’ that pays lucrative pensions to families of suicide bombers and murderers — inducing another generation of brainwashed youth to join the ranks of Jihad. PLO-ruled Palestinian Authority allocated $315 million out of its annual budget “to pay terrorists in prison and the families of martyrs”, Jerusalem Post revealed earlier this year.

Breakthroughs in crippling the terrorism financing by Israeli security services would mean little if Western countries continued pouring in billions of dollars to bankroll PLO- and Hamas-ruled terror fiefdoms.

The Hamas terror-money-trail could also be traced back to the Obama White House.

notamemberofanyorganizedpolicital in reply to Paul. | August 4, 2017 at 11:57 am

Time to start tracing then.

TheFineReport.com in reply to notamemberofanyorganizedpolicital. | August 5, 2017 at 5:13 am

McCain will get right on it.

Contemptible reprobate St. Obama the Infallible gifted Iran with billions in cash and gold, shipped via airplanes in the middle of the night, as part of his farcical capitulation and undermining of U.S. and allied interests, a treasonous, self-congratulatory vanity project laughably termed the “Iran ‘deal.'” As Iran is an unrepentant and unabashed state sponsor of sundry terrorist outfits and miscreants around the globe, including Hezb’allah in Lebanon, we already know that St. Obama’s indefensible and idiotic largesse to the Iranian regime is directly responsible for funding terror. Indeed, St. Obama’s Administration, via lackey John Kerry, admitted as much — that the gifted funds were likely to fund terror!

Not “gifted”. It was their money, after all. But he didn’t have to give it to them, and knowing what they were going to do with it he shouldn’t have. There’s a good reason we’d been holding on to that money for nearly 40 years, and no good reason why we couldn’t keep holding it for another 10-15 years, until a new and better regime came to power over there.

Sure, technically, the money belonged to Iran (or, at least, to Shah Reza Pahlavi, with whom the original deals had been made, pre-revolution), but, as you point out, the money shouldn’t have been paid, the U.S. was under no obligation to pay it, and, but for Obama’s self-serving vanity and moral bankruptcy, the regime never would have seen a penny of that money.

So, under the circumstances, I’d posit that the term “gifted” validly applies.

Donald Trump was a money launderer many, many times at the Trump Taj Mahal, so he paid some fines. I guess the fine payments bring about automatic forgiveness if fmoney-laundering deals raise their ugly heads, especially if the Russians might be involved.

Yes, and he was also at the battle of gettysberg.

Listen, we like our trolls intelligent here. You sound like a
hari krishna dancing fool. Cite your source (other than your daily morning email from crazy pelosi)