Germany: Two Chinese Tourists Arrested for Nazi Salutes in Front of the Reichstag

Germany: Two Chinese Tourists Arrested for Nazi Salutes in Front of the Reichstag

They were taking photos 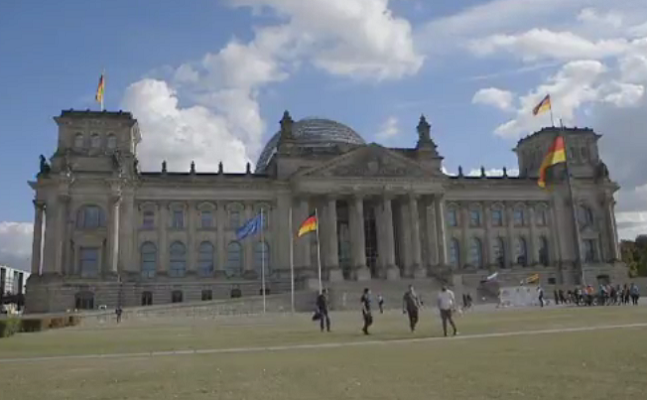 Two Chinese tourists taking pictures in front of the Reichstag were arrested when they were spotted giving the Nazi salute.

Hate speech and symbols are largely verboten today in Germany. The Nazis, who ruled between 1933 and 1945, used such methods to help whip up support, allowing millions of Jews and other minorities to be systemically slaughtered.

. . . .  On Saturday, the Chinese men were charged under Germany’s criminal code prohibiting the “use of symbols of unconstitutional organizations,” including “flags, insignia, uniforms, slogans and forms of greeting.”

Breaking the law is punishable by fine or up to three years in prison.

If you can’t mock Nazis, then what’s the point of visiting the Reichstag?!?

Soon enough, the German people will be bowing toward the Reichstag 5 times a day.,

Being tourist, I am almost certain thy did this in a mocking fashion. They weren’t holding a Nazi rally nor were they promoting any ideology. Surely there must be exceptions to the relevant code sections.

Otherwise if the code absolutely forbids the “use of symbols of unconstitutional organizations,” including “flags, insignia, uniforms, slogans and forms of greeting,” then historical documentaries, fictional films based on history (Patton, The Longest Day), or even parody (Blazing Saddles, The Little Dictator, Hogan’s Heroes) would all be banned under this code.

As a side note, it has been only very recently that Germany lifted the prohibition on the sale and dissemination of Mein Kampf.