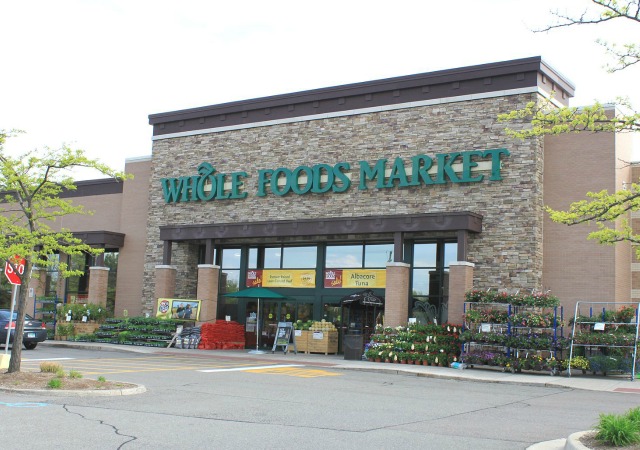 Amazon passed two major hurdles on Wednesday after the U.S. Federal Trade Commission and Whole Foods’ shareholders cleared the way for the internet giant to acquire the grocery chain.

With that out of the away, Amazon is going all in and has already announced it plans on slashing Whole Foods prices as early as Monday.

Amazon said Thursday that its takeover of Whole Foods (WFM) will close on Monday, and its first order of business will be to make some items more affordable, according to a release.

“Whole Foods Market will offer lower prices starting Monday on a selection of best-selling grocery staples across its stores, with more to come,” the company said in a statement.

Items that will be marked down on Monday include organic avocados, organic brown eggs, organic salmon, almond butter, organic apples and organic rotisserie chicken. Amazon said it’ll keep the markdowns coming, and that Amazon Prime members will get additional discounts at Whole Foods.

“Everybody should be able to eat Whole Foods Market quality — we will lower prices without compromising Whole Foods Market’s long-held commitment to the highest standards,” Jeff Wilke, CEO of Amazon Worldwide Consumer, said in a statement.

The announcement has already sent other grocery stores stocks into a downward spiral. From The Wall Street Journal:

Stocks for six large food retailers, including Kroger Co. and Wal-Mart Stores Inc., WMT -2.03% lost around $12 billion in value after the announcement. Shares of grocery-store companies had already been battered since the deal was announced in June, and analysts say they expect grocery stocks could fall further.

Shares of Kroger fell by more than 8% on Thursday, while those in Wal-Mart and Costco Wholesale Corp. also traded lower. Shares in United Natural Foods , Inc., Whole Foods’s main distributor, fell by more than 5%.

With a drop in prices, Amazon can bring people in who want to shop at Whole Foods, but didn’t want to pay the higher prices.

May be time to venture into Whole Paycheck again!

Not only that, but it can bring back customers. Whole Foods used to be the dominant force in the organic market, but other stores began to follow and offered organic and natural foods. Customers also went to Sprouts, which is a low key version of Whole Foods.

The company had to lower prices two years ago when sales began to drop. The Wall Street Journal continued:

Whole Foods, based in Austin, Texas, began lowering prices roughly two years ago to reverse a sales slump. It also ran promotions and advertised on television for the first time in years.

Still, Whole Foods continued to lose sales and shopper surveys have shown that many customers believe the chain is too expensive. A Morgan Stanley survey earlier this month found that while Whole Foods prices were down slightly from last year, they still were roughly 15% higher on average than regional supermarkets.

I think Kroger will do just fine. Central to its business model is customer service, and that’s a winner.

But the grocery market is going to be really rough, with a new German chain aggressively attempting to penetrate the U.S. market.

Are you referring to Aldi and/or Lidl? Or something else?

I’ve been to both and think of them as afforable niche stores but not my main location…I’m sure I’m not alone in that regard, but time will tell us I guess.

Ignore the aldi part…I totally forgot for a minute they are owned by the Trader Joe’s peeps.

notamemberofanyorganizedpolicital in reply to healthguyfsu. | August 26, 2017 at 2:38 pm

My #1 problem with Ho Foods is they carry almost ALL JUNK FOOD!

They carry much, much more JUNK FOOD than a regular grocery store imo – from what I’ve seen over the years.

Lidl. They have an interesting business model, part of which, from what I can see, is a very inexpensive building and very few people inside it. I could be wrong, but that’s what I have seen.

They DO, reputedly, have good stuff, including bakery, etc. on site.

Nothing like a crowded grocery store full of families who’s parents refuse to immunize their kids.

Yes, they are vulnerable to “immunized” kids who carry the virus.

My kids were immunized. My grandkids are immunized. What do I have to fear from the stupid lib’s who refuse to immunize their kids? My family is not at risk!

Except of course, the medical expenses that I as a taxpayer have to pay for the unimmunized kids when they get sick.

“Organic” is a choice, not Choice. That’s good, not bad, respectively.

Organic is a huge misnomer as everything including most of the pesticides are also organic by chemical definition.

I quibble with the word but there is a deeper meaning: products can be called “organic” for containing a few organic ingredients, and the meaning of the term organic for commercial food use is poorly delineated in general.

i used to live 1 block from Whole Foods and Trader Joes.

Trader Joes was cheaper/comparable to regular grocery stores and had good stuff.

Could be a good thing,

The whole point of Whole Foods is that the high prices keep average Americans out, so the liberals who shop there can feel smug and superior.

And the “superior people” would be you and your progressive friends, Yellow Snake?

You’re IQ is on par with a gnat, but you are too stupid to know it.

Your IQ, that is…

Gelsons, Whole Foods and other luxury grocery stores are overpriced to keep out the riff-raff, so the elitist snobs did not have to interact with low-earning Hispanics (and other value shoppers) except as hired help. I never liked the no-frills Food-For-Less because of the lack of service, the poor lighting, the dirty floors, …., but the presence of the riff-raff customers was not the problem for me.

I doubt I’ll give Whole Foods another chance. Krogers and Vons work for me.

Only reason I ever shopped at Whole Foods was a pretty decent selection of micro brews. Okay, so I am a beer snob.
Then their beer guy told me about a place with a better selection and lower prices.

Never looked back,. never went back. It was worth driving 10 minutes more, and the money I saved more than payed for my fuel.

I’d never been to a Whole Foods, but about 3yrs ago I was part of an install crew for the first WF store in my area.

After the install, I helped with the stocking of product…That was the first time I saw the prices of some of the stuff, Wow!

My personal favorite was a gourmet granola that cost 15 bucks a lb. (yikes)

Amazon could knock off 50% and still have 7 buck granola!!!

Gotta admit…the food from the deli was very good and the baked goods were delish!
Also, everyone who worked at the store (mngt. included) were very nice….