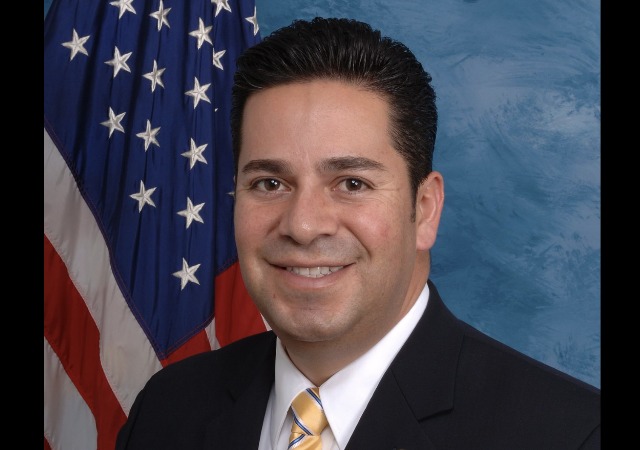 Desperation and panic have shown up in the Democrat Party today. Rep. Ben Ray Luján (D-NM), the Democratic Congressional Campaign Committee chairman, told The Hill that the party will not withhold funds from Democrat pro-life candidates:

“There is not a litmus test for Democratic candidates,” said Luján, the Democratic Congressional Campaign Committee chairman. “As we look at candidates across the country, you need to make sure you have candidates that fit the district, that can win in these districts across America.”

Luján’s map in his office “highlights districts held by dozens of Republican [sic] that he hopes to oust in the 2018 midterm elections.” The Democrats need 24 seats to hit 218:

“To pick up 24 [seats] and get to 218, that is the job. We’ll need a broad coalition to get that done,” Luján said. “We are going to need all of that, we have to be a big family in order to win the House back.”

Democrats last won control in 2006 when they supported pro-life candidates:

Democrats are unlikely to win the 24 seats they need to recapture control without contesting more conservative districts. The last time Democrats won control, in the 2006 midterm elections, the party recruited — and supported financially — a significant number of Democrats who did not entirely support abortion rights, including Reps. Brad Ellsworth (Ind.), Baron Hill (Ind.), Heath Shuler (N.C.) and Jason Altmire (Pa.).

“Both [then-DCCC Chairman] Rahm Emanuel and [then-Democratic National Committee Chairman] Howard Dean with his 50 state strategy understood that in order to win districts that had eluded Democrats in previous cycles, they were going to have to field candidates who didn’t look like national Democrats,” Altmire told The Hill. “People understood the class of ’06 was driven largely by the centrist candidates.”

In taking the position, Luján and Democrats risk alienating liberals, as well as groups dedicated to promoting access to abortion and reproductive health services that represent the core of the party’s base.

“Throwing weight behind anti-choice candidates is bad politics that will lead to worse policy,” said Mitchell Stille, who oversees campaigns for NARAL Pro-Choice America. “The idea that jettisoning this issue wins elections for Democrats is folly contradicted by all available data.”

Back in April, Democrat National Committee Chairman Tom Perez told The Huffington Post that Democrats can only have one position:

“Every Democrat, like every American, should support a woman’s right to make her own choices about her body and her health.”

“That is not negotiable and should not change city by city or state by state,” he said. “At a time when women’s rights are under assault from the White House, the Republican Congress, and in states across the country, we must speak up for this principle as loudly as ever and with one voice.”

Sen. Elizabeth Warren (D-MA) even spoke out against it:

“I recognize that not all of my colleagues agree with me. I’ll do everything I can to persuade them, but they are my colleagues, and that’s just how it is with the Democrats,” the senator concluded.

And bless your little heart if you believe that.

Even in the 1980s I knew the Democrat Party was one, ugly outfit.

So long as these Dems are pro-life the way Republicans are pro-repeal. Another tactical big lie. “We HAD to lie!”

I suspect there is much less support for pro-life candidates from the raving lunatic Democrat base than there is with DNC leadership, who are trying to deal with the loss of all of their political power.

WOW! I didn’t even know they did that. What Scambags democrats are!

She’s strongly pro-choice as long as the pre-born infant has no choice. Beastly woman.

Why don’t you just contact her and relay your reasoned, calm comment. I am sure you will instantly convert her.

Let’s see if he can hold out on this one. Also, let’s hope he DOES prevail, as this mythical “all available data” is what led them to nominate Hill-da-beast, and lose to Trump, not to mention losing the Senate.

Now if we can just get Majority Leader MC-TURTLE out of the Senate, along with Murky-owski, and McShame, it will be a WIN – as long as they’re replaced with Conservatives, not Dems or RINOs.

They know they have to run right to get elected. They’ll still govern left.

Note – this applies to both parties.

Let me translate: The Democrat party will not withhold funding from any candidate who is pro-life *IF* there is no other choice for them to cram forward against the Republican, and even then they will move heaven and earth to get a pro-choice candidate into that district.

At which point, the knives come out.

I’m panicking because if the Democrats stop excluding everyone that isn’t pure, they’ll bounce back!

When they get in office the Democrats are lock step, no matter what they run on…

They will just be lying, just as the so called “conservative republicans ” do…

if G-D forbid the DonkyAss Party wins, then they will tell the non Abortion supporters ‘shut up you did your job, wait for 2 years then you can sit up on your hind legs and beg for a bone’.
just like they have told their Israel supporters when Zero sold out Israel and the USA to I-ran and the MB.
– don’t forget that schumer the shtumer placed us all in danger

What they want bluedogs back?

If Hillary had simply equivocated about abortion and guns (like Obama), she probably would have won. By being honestly adamant about abortion, she lost at least 10 million votes. She also said her “greatest enemy” was the NRA, writing off 7 million voters who ALWAYS vote. Obama was crafty, saying he “personally opposed” abortion, and saying “I’m not going to take your guns.” Once elected, he was free to do what he wanted. The DNC knows these facts, and it’s giving its candidates the wiggle room to equivocate on these issues so they can get elected.