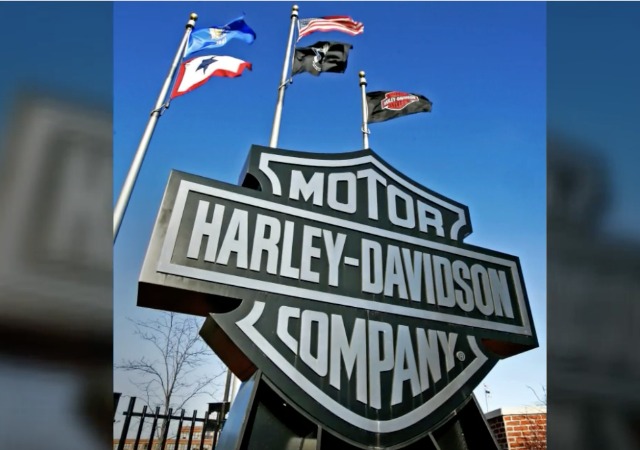 The Department of Justice decided to eliminate the $3 million fine that Harley-Davidson received from President Barack Obama’s administration to fight pollution. The money was supposed to go “to an American Lung Association project promoting cleaner-burning cook stoves.”

The company reached an agreement with the government last August to pay that fine along with a $12 million fine for the “manufacture and sale of around 340,000 illegal motorcycle tuners.”

The Case Against Harley Davidson

A government investigation found that Harley-Davidson sold those tuners, which enabled “motorcycles since 2008 to pollute the air at levels greater than what the company certified.” The government decided that the tuners “violated the federal Clean Air Act.”

Harley-Davidson insisted it developed and sold the tuners for competition use only. The EPA retorted that “the vast majority of these tuners were used on public roads.”

The administration also accused Harley-Davidson “of selling more than 12,600 motorcycles that were not covered by an EPA certification governing clean air compliance.”

“Given Harley-Davidson’s prominence in the industry, this is a very significant step toward our goal of stopping the sale of illegal aftermarket defeat devices that cause harmful pollution on our roads and in our communities,” Assistant Attorney General John C. Cruden, head of the Justice Department’s Environment and Natural Resources Division, said in a statement in August 2016.

“Anyone else who manufactures, sells, or installs these types of illegal products should take heed of Harley-Davidson’s corrective actions and immediately stop violating the law.”

Attorney General Jeff Sessions decided last month to reverse Obama’s rules that “banks and companies donate money to outside groups as part of settlement agreements with the federal government.” Sessions would rather the fines go elsewhere, according to The Washington Post:

“When the federal government settles a case against a corporate wrongdoer, any settlement funds should go first to the victims and then to the American people — not to bankroll third-party special interest groups or the political friends of whoever is in power,” Sessions said in a statement.

“Certain new developments led the United States and the defendant to agree to revise the consent decree in this manner,” the announcement said. “The original consent decree would have required defendants to pay a non-governmental third-party organization to carry out the mitigation project. Questions exist as to whether this mitigation project is consistent with the new policy.”

It was the first time the Justice Department had put into place a Trump administration policy overturning Obama-era penalties intended to offer redress — such as funding an antipollution initiative.

The DOJ cited Sessions’s new policy in a court filing “and an ongoing review of the penalty by a government auditor in dropping the $3 million penalty from the settlement.”

A federal judge in D.C. must approve this revised consent decree. The $12 million fine still stands.

Who would have “thunk” it.

Next the Leftists (like Obama) will be accusing Sessions of being “educated.”

The next logical step is to make that statement into law, to prohibit the practice in the future.

How hard would it be for Congress to craft a law banning the government from using money collected as fines or confiscated in crimes from being used as a slush fund for politicians? As with the rest of the swamp corruption, the problem is that everyone is doing it. It’s the “there but for the grace of God go I” enforcement problem. Foxes guarding the hen house.

Take money and dole it out to favorites: It’s who they are, to borrow their language.

Yes, this needs to be done. The prog scum like Obama have shown what they’ll do if given the chance.

Since all spending must originate in the House, I’d have thought this to be unconstitutional.

It’s constitutional because it’s not government spending. The money never makes it to the treasury in the first place; the “offender” writes the check directly to the recipient.

(looks through the ads, since I had no idea what a ‘tuner’ did for a Harley)

Oh, all it does is flash the bios on the computer to a custom setup to give the bike more power (at the expense of all of that eco-stuff built into the software from the factory)

That makes sense. A lot more than diverting the fine against HD into a slush fund for supposedly developing stoves (wonder how many Dem Senators own a chunk of the company who would supposedly be doing that ‘research.’)

Same can be done for cars and trucks… especially diesels. Too much pollut’n go’n round… I can see some future prog gov requiring constant link to ALL engines to assure compliance with their global initiative.

Take that concept and apply it to all the idiots wearing FitBits or Apple Watches that can report private health info to the same prog gov.

Keeping the Obama EPA regulations is important because Harley Davidson motorcycles are putting way more polution in the air than say…private Gulfstream G-5 aircraft headed to Climate change conferences around the world!

A little liberty would go a long way in this country, if we still are a country of the people, by the people, for the people. Oh never mind that experiment was over decades ago!