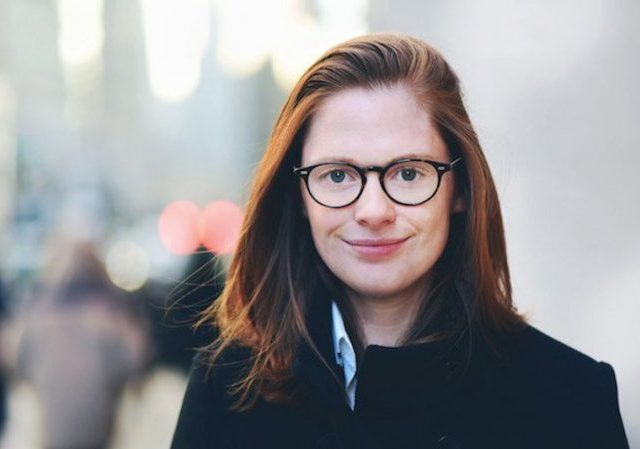 It’s been five years since I last posted in LI.

As some of you may remember, I was the first non-Prof contributor back in 2010. I mostly covered the coveted late afternoon slot while Prof was teaching and I usually linked to articles that covered my funky amalgam of technology and free-market fetishisms.

A few days ago, Prof Jacobson reached out to me to share a bit of an update on myself.

Tezos is a blockchain-based smart contract platform in the same vein as Ethereum. (For a 101 explanation of blockchains and smart contracts, check out this introductory text I wrote in 2015.) The core observation that led to its development was the recognition of blockchain protocols as a commons. Typically, commons suffer from two issues in economic theory: 1. maintenance,  or the question of who will fix issues in the code and 2. governance, or the question of who decides upon the direction of development. Tezos addresses this through a native governance mechanism which allows token holders to come to consensus on upgrades to the protocol while facilitating the creation of bounties on-chain to address existing issues with the code.

Most stories focus on the amount of money that the project garnered through its fundraising efforts so I thought I’d give a more personal account of my life for the past five years.

To recap a bit about my personal life since leaving Cornell… 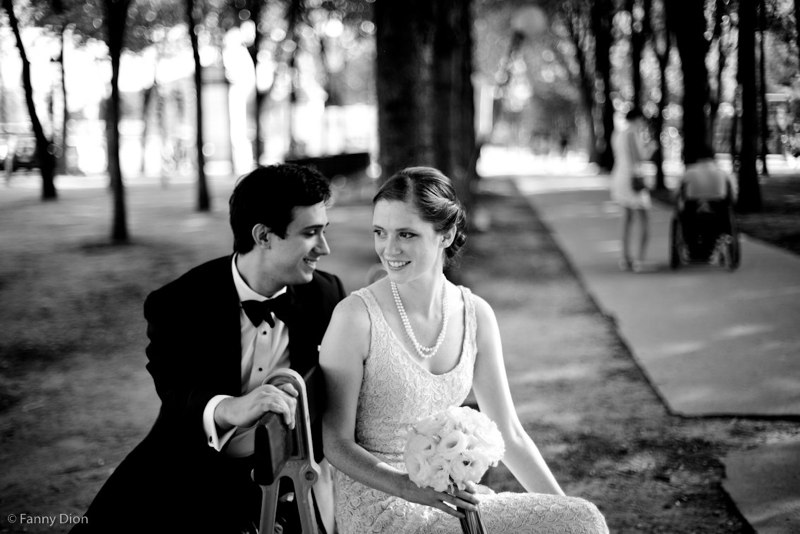 So a lot has happened to me in the past five years. There’s been some bad and some good mixed with lots of self-reflection and reinvention. Professionally, I’m extraordinarily lucky that I consistently managed to attract excellent mentors. It takes a lot of strength to put yourself out there, whether its opining on your political views for the world to see, switching careers, or trying to launch a smart contract platform. I’m reassured of my worth by the incredible people that have shown up in my corner whenever I’ve done something new or gone through a rough patch.

In general, though, my adult life has largely been defined by the immense amount of gratification I derive from my relationship with my husband Arthur. While no marriage is perfect, I struggle to imagine a more complementary fit to my personality and sense of humor. With Tezos, I’m happy that we’ve found an excuse to work together on another one of our shared goals. Professional success and failure seem less consequential once you find someone that you enjoy so thoroughly.

WAJ adds: I reached out to Kathleen when I saw an article about her business success. I have zero idea what she’s talking about with the new-fangled thing she’s created, but apparently a lot of people think she and her husband are onto something big. This makes me so proud. Not just Kathleen’s success, but her maturity in keeping life in perspective.

Congratulations on a marvelous life so far! I pray that greater success blesses you in the future

I agree with WAJ…I don’t have a clue what her biz is or does but am curious. Okay, call me old!

I’m not sure why this phrase made me laugh out loud: “and the immense displeasure of working with an arrogant German woman.”

Probably because I had a grandmutter who fit that description perfectly!

A blockchain is a digital ledger in which transactions made in bitcoin or another cryptocurrency are recorded chronologically and publicly.

A little more complicated:
A blockchain is a distributed database that is used to maintain a continuously growing list of records. By design, blockchains are inherently resistant to modification of the data. Once recorded, the data in any given block cannot be altered retroactively without the alteration of all subsequent blocks and a collusion of the network majority. In other words, it is an open, distributed ledger that can record transactions between two parties efficiently and in a verifiable and permanent way. The ledger itself can also be programmed to trigger transactions automatically.
https://en.wikipedia.org/wiki/Blockchain

In normal-speak:
A blockchain is to a bank account ledger book what Google Docs is to a spreadsheet: a shared, encrypted document that can’t be changed by one party without the other party knowing it. Transactions are entered automatically, upon, for example, the sale of an item, or the making of a payment.

But did you have to use the word “collusion”?

The Russians, again.
Hey, if the Russians are so smart, they SHOULD be picking our president – and our blockchains!

When not to use it (critically important to realize that blockchain is the answer to a very narrow set of circumstances): https://www.multichain.com/blog/2015/11/avoiding-pointless-blockchain-project/

A call to action on building rather than talking: https://medium.com/@bsuichies/why-blockchain-must-die-in-2016-e992774c03b4

These kids are smarter than me. I have hope for the future.

Best of (continued) luck to them!

“a blockchain-based smart contract platform in the same vein as Ethereum.”

Ha! I was reading up on Ethereum a couple of weeks ago precisely because I feel so old and out of it.

I am not an expert on Bitcoin, Ethereum nor other crypto-currencies and I have no idea how block chains. But it is important in understanding the implication of these crypto-currencies taking hold and why the banksters dread them.

We currently use debt-backed instruments (like dollars) acquired from a third party (e.i. a bank) to engage in commerce. Even face-to-face transactions require a 3rd party using debt-based currency. And that debt and bureaucracy (accounting) is crushing us. It is also enslaving us to a bankrupt system whose math doesn’t pencil out anymore since we abandoned the gold standard.

The way I understand it, block chains are built in technology that do instant, self-enforcing accounting on a face-to-face basis without the need for a 3rd party and using non-debt based currency.

Both types of currency depend on the confidence of those using them. In theory, if crypto-currencies win the confidence game, it is a superior choice because having abandoned the backing of gold, cash no longer has any intrinsic value. The only advantage it still has is its physicality which is already disappearing as countries start abolishing cash. In a virtual world, direct non-debt-based commerce wins.

Crypto-currencies are a back door for economies to evolve outside of the central bank created debt mess. Call it an underground economy if you want but when those underground economies become more reliable, productive and efficient than the oppressive bankster economies,… So who gets stuck having to eat the debt?

I don’t understand the technicalities of how it works on the atomic level but I’m pretty sure that what I just explained is where you will find the war being fought by the banks vs…. who?

For the really old a block chain is the carbon of the check that you just wrote, and the database part is your bank statement that you can reconcile it to.

How come I understand meaning of “end times” but not block chain?

“Never invest in a business you can’t understand.”

“I try to buy stock in businesses that are so wonderful that an idiot can run them. Because sooner or later, one will.” (He’s got to be talking about America, and obama becoming president.)

Another great one from Buffett:

What a great post. I hope it’s not your last.

Hopefully, Arthur realizes how fortunate he is.

I have to ask – Hitchens? After a certain irascible free thinker (unfortunately deceased)?

I can think of an area where blockchains would be useful: Connector Integrity. When I worked on the Space Shuttle, before we powered up the space ship every morning, we would have to make sure no connectors were left demated by someone working on the various systems. So Rockwell had an entire “Connector Integrity Group” to track mates and demates on paper. Eventually Lockheed came up with a computer system to do the job, but it turned out to be a real nightmare. When a technician would input that he had demated or remated a connector, the central server would have to refresh all 10,000(?) other connectors, a process that could take almost an hour while the team was sitting there twiddling its thumbs. It seems like this blockchain thingie might speed that up.

The same would apply to power plants and industrial plants under construction. They need a means of verifying that someone working in a different area hasn’t disconnected a wire that you need. Stuff like that happens all the time. Say the mechanics need to move an electrical conduit for some reason. All the wires have to be disconnected and pulled back first, which that would really mess things up if someone else was planning on using that system on any given day. It would be great to be able to verify the integrity of the wiring in near-real-time.

I hope you make a lot of money with your ideas, Mrs. McCaffrey. If you decide to go into Connector Integrity, please send me a large royalty check (grin).

I am trying to learn about blockchains myself. The crypto-currencies are still flawed and I don’t believe they will gain quick confidence and acceptance in the international marketplace. R3 and the consortium of banks behind it may be a big asset in creating a blockchain with a payment method acceptable on main street. Essentially, a consortium of domestic and international banks could create a fast payment system to match the contract system and expedite commerce with less paperwork and fewer manhours which leads to lower transaction cost and higher confidence in getting paid timely.

just out of sheer curiosity, what did you major in above Cayuga’s waters?

Thank you for this tremendous insight. Thank all of you.

Congratulations on your success doing, well, whatever it is you do.
Some of the explanations almost, kind of, sort of, made sense to me, but frankly, as long as I can get my computer to turn on and access blogs like this, I have reached the peak of my technical apex.

For anything more difficult, I have to bribe the 10 year old next door. Thankfully, he works cheap.

I must tell you that the photo of you two in the park is the most beautiful, romantic, classy, hopeful portrait I have seen in many years. I am keeping it up on a window in my browser so I can look at it from time to time. It lifts my heart.