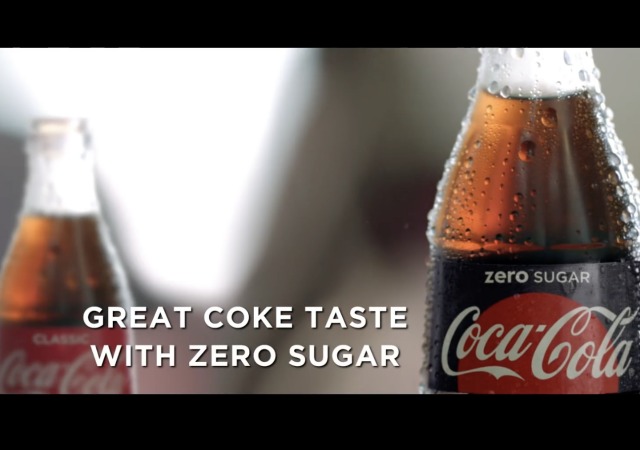 Coca-Cola stunned the country on Wednesday when the company announced it will stop selling Coke Zero in America and replace it with a new soft drink: Coke Zero Sugar.

Coke Zero Sugar “is a reinvention of Coke Zero” said CEO James Quincey. It has a new recipe and design.

The company launched Coke Zero in 2006, but gains by that product haven’t compensated for a broad decline in consumption of Diet Coke, said Mr. Quincey, who took over the beverage giant in May.

Rather than switching to Coke Zero or Diet Coke, fans of original Coca-Cola can now “stay with the brand they love. It just comes with a couple of variants — one with sugar and one without sugar,” Mr. Quincey said.

Coke has been aiming to cut sugar from its products and diversify beyond soda as more countries consider special taxes on high-calorie drinks to combat rising rates of obesity and diabetes, and as consumers switch to healthier beverages.

Consumers are shifting away from sugary drinks but at the same time, many are rejecting artificially sweetened diet sodas, posing a challenge for soda giants trying to introduce lower- calorie options. Low- and no-calorie cola sales fell 5% by volume in North America last year, according to Euromonitor.

Coca-Cola has found that Coke Zero Sugar has sold well in Europe, the Middle East, and Latin America.

Wall Street Journal reported that Beverage Digest ranked Coke Zero as the tenth “soda brand in the U.S. last year, with sales growth of 3.5%.” Diet Coke ranked third, “but is losing fizz, with a 2% drop in sales.”

(I find that impossible because we all know that Diet Coke is the nectar of the Gods. I’m writing this as I chug my fourth Diet Coke of the day.)

Those in charge at Coca-Cola also wanted to make sure people know that the product has zero sugar in it. From USA Today:

“It’s not as if it’s some complete overhaul of the formula,” he said. “It’s really as much about the package redesign and repositioning as anything. One of the things they’re trying to do is make it 100% clear that there is no sugar in the product and that it is a no-calorie product.”

“It may surprise you to learn, but it’s true that consumers have not always been clear that either Diet Cokes or Coke Zeroes are absolutely zero sugar. That’s just a fact of consumer research,” he said on a conference call.

But it’s possible adding sugar to the name could fire back on them:

Susan Cantor, CEO of branding firm Red Peak, which wasn’t involved in the launch, said the new packaging conveys that the new product is part of the red Coke family, but the addition of “sugar” to its name may confuse some consumers.

“Sugar is a bad word these days, so I question their thought process in putting it so prominently on the package,” she said. “This could possibly call attention to the very ingredient that they have eliminated.”

Ah. New Coke Zero. I predict great things for this.

I drink a 2-litre of Coke Zero every day, and more on weekends. 6-8 bottles a week on average. Yeah, I like the stuff.

My problem has been to get it. I routinely (as in weekly) shop 4 or 5 Walmarts in 3 cities in 2 states. They never have more than 5 – 6 bottles on the shelf at one time. I regularly clean them out.

I use the free grocery pick-up from Walmart and they NEVER can provide more than 6 bottles at a time. When I order 8 or 10, I get 6. I have pretty much stopped ordering more because they substitute the smaller bottles. I don’t want them.

I talked to several store managers and they said they didn’t have more on the shelf (or available for my order), because they can’t get any more.

I’ve had the same experience with Walmart and out of stock items.

Why are people such suckers for food substitutes? There may not be anything even resembling nutrition or sugar in them but they DO contain chemicals! So if it looks right and tastes acceptable, somehow it is better for you than real food?

It’s like my grad school marketing taught us, people will eat shit if you market it correctly. Don’t be stupid! Eat real food! You’ll be surprise how much better you feel and no, it won’t make you fat if you eat a balanced diet.

Why the hate on “Chemicals”? Everything in food is a chemical. It’s literally what the world is made out of. Your “real food” chemicals. What do you think proteins and carbohydrates are?

Why put anything in your body that it wasn’t designed to process? Do you really need colored water with artificial sweeteners? Can’t be good for you. Complicates nutrition by forcing your organs to screen all of the pollutants out of the water with no nutrition. Do you also use non-adhesive glue? What’s the point?

Nothing wrong with sugar, salt, butter, coffee and the rest. It’s food. Focus on nutrition and everything will fall in place.

Why put anything in your body that it wasn’t designed to process? […] Nothing wrong with sugar, salt, butter, coffee and the rest.

Your body wasn’t designed to have any of those put in it either.

Call me crazy, but when I read the label it says aspartame and not sugar. Looks like we will be getting Coke Zero with sugar.

TCR opened for Black Flag at Hamburger Mary’s Honolulu back in ’83.

FWIW, I prefer Coke Zero over Diet Coke (sorry). And I preferred Coke Zero Lime, which I can only get at certain fountains (few and far between).

I drink Zero when there’s no hot coffee; I’m in it for the caffeine, mostly.

I for one actually enjoy the taste of Coke Zero. I smuggle one into every movie I go to. Diet Coke is a horrid elixer that makes me cringe just thinking about it. If New Coke Zero doesn’t taste the same I’ll probably just go back to Dr Pepper.

Why is this worthy of publication on Legal Insurrection? The HuffandPuff Post maybe, but LI?

You know, I might be a lttle different, but I’ll be darned if I don’t like sugar. Weird, huh?

Nope. Not in the least. Humans are hard-wired to like…even crave…sugar and other carbohydrates, along with fats. Think about Yorkshire Pudding…in a cold climate where fats were at a premium and could literally determine how you weathered the winter.

The only trouble is that our market systems have worked so wonderfully well that our cravings are met with a surplus of stuff to sate them.

So, we have to act like rational beings and understand where our cravings derive, and how they can work against us in this world of plenty, the like of which kings and queens could never enjoy.

Perhaps Coke Zero isn’t as popular as it used to be because it’s sweetened with aspartame, which tastes horrible (as does stevia imo). The only diet sodas I can stand use splenda. Publix’s diet soda line is 100% splenda (yay!), but unfortunately limited (strawberry soda and fruit punch soda are not available in diet versions).

As for Coca Cola looking to do more sugar-free drinks, how about diet versions of Fanta’s lineup? Almost nobody does diet versions of their fruity sodas. I’d love a diet strawberry soda but I can’t find one.

I’m a root beer nut. You can’t get diet Barq’s (unfortunately sweetened with aspartame) in 2-liter bottles. It’s only available in much more expensive cans. Total fail imo, so I drink Publix’s root beer instead.

Coke Headquarters, Atlanta, GA: I know! Let’s stop making a product our customers love and replace with something NEW. What could possibly go wrong?