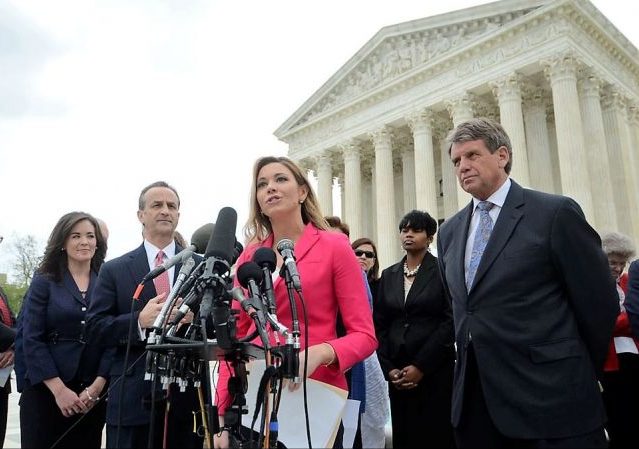 I have written often, and recently, about the corrosive effect of the Southern Poverty Law Center’s highly-politicized “hate” and “extremist” lists.

Politico also recently focused on the problem, which I described in Southern Poverty Law Center “extremist” lists used “to silence speech and speakers”, including this quote from the Politico article:

The following additional part of my interview was left on the cutting room floor:

While there may be other groups who compose lists of alleged hate groups, SPLC is by far the most prominent. Unfortunately, very often who gets placed on an SPLC hate list is very subjective and done from the perspective of SPLC’s liberal and Democratic leanings. For example. Dr. Ben Carson was once on the “extremist” list, but only was removed after my website called attention to it. Dr. Rand Paul also was once on an SPLC “extremist” list. That SPLC would put such mainstream conservatives and libertarians on its hate lists, but not similarly situated liberal or Democratic politicians, demonstrates an ideological bias.

Similarly, SPLC continued to describe the person who shot Congresswoman Gabby Giffords as right wing, long after it was provenhe was not motivated by politics and if anything expressed liberal leanings.

SPLC also smeared a conservative black female professor as an “apologist for white supremacists” because of her review of a film about racism.

Time and again I see SPLC using the reputation it gained decades ago fighting the Klan as a tool to bludgeon mainstream politically conservative opponents.

Prior posts by me include these posts, among many, demonstrate that SPLC exaggerates and shows anti-conservative political bias in creating these lists:

Today brought another example of how SPLC lists are picked up by mainstream media, as if authoritative. Alliance Defending Freedom (ADF) is a group that successfully has litigated major religious rights cases, including the Supreme Court victory in the Trinity Lutheran case.

I didn’t realize it, or at least forgot, that ADF is on one of SPLC’s lists, a pattern of SPLC singling out and demonizing Christian groups that disagree with same sex marriage or otherwise seek to uphold what they view as traditional Christian values.

So when Attorney General Jeff Sessions appeared before ADF, ABC News created a headline accusing the group of being a hate group:

Attorney General Jeff Sessions delivered a speech to an alleged hate group at an event closed to reporters on Tuesday night, but the Department of Justice is refusing to reveal what he said….

According to the Southern Poverty Law Center, the Alliance Defending Freedom is a legal advocacy group founded in Scottsdale, Arizona, in 1994 that “specializes in supporting the recriminalization of homosexuality abroad, ending same-sex marriage and generally making life as difficult as possible for LGBT communities in the U.S. and internationally.”

The group is representing Colorado baker Jack Phillips, who is challenging the state’s nondiscrimination protections after he was found in violation of the law for refusing to bake a wedding cake for a same-sex couple in 2012. The U.S. Supreme Court agreed to review the case in June 2017….

In a recent blog post on its website titled “Hate-group labelers are the ones spreading hate,” the Alliance Defending Freedom called the Southern Poverty Law Center’s “hate group” designation a “lie.”

“We at ADF condemn all such manifestations of true hate,” the post reads. “They have no place in our society.”

According to David Dinielli, the deputy legal director for the Southern Poverty Law Center’s LGBT Rights Project, however, the label is “rightfully earned,” and the speech raises questions about whether Sessions will uphold laws protecting LGBT people from discrimination.

Sure, people might dig deep in the ABC News article to see that ADF disputes the charge, but the headline is what everyone sees first, and carries the biggest impression.

NBC News had a similar headline:

“ABC News has committed journalistic malpractice. For ABC News to essentially cut and paste false charges against Alliance Defending Freedom by a radically left-wing, violence-inciting organization like Southern Poverty Law Center is a discredit to ABC News and to the profession. Americans’ trust in media is cratering, and the blatant bias and lack of professionalism that ABC attempted to pass off as news can only serve to confirm and intensify that distrust.

“Alliance Defending Freedom is one of the most respected and successful Supreme Court advocates in the legal profession, having won seven cases at the high court in the last seven years. Southern Poverty Law Center spends its time and money attacking veterans, nuns, Muslims who oppose terrorism, Catholics, Evangelicals, and anyone else who dares disagree with its far-left ideology. Meanwhile, ADF works every day to preserve and affirm free speech and the free exercise of religion for people from all walks of life and all backgrounds because we believe freedom is for everyone.

“For the sake of its own integrity, ABC News should issue an apology to Alliance Defending Freedom and retract the defamatory story it published Wednesday.”

The Federalist has Sessions’ speech to ADF, which starts:

Thank you for that introduction. And thank you for the important work that you do every day to uphold and protect the right to religious liberty in this country. This is especially needed today.

While your clients vary from pastors to nuns to geologists, all of us benefit from your good work—because religious liberty and respect for religion have strengthened this country from the beginning. In fact, it was largely in order to enjoy and protect these rights that this country was settled and founded in the first place, as those in this room especially know.

David French at National Review, who attended the ADF conference, calls on national media to stop citing SPLC as an authority, Media Beware: The Southern Poverty Law Center Has Become a Dangerous Joke: Reporters should stop using it as a source.

What’s the solution? The media should stop using it as a source — unless the SPLC again starts focusing on its original valuable mission of exposing and combating racist terrorists and white supremacists. Enough is enough. The SPLC has lost its integrity. Media outlets who use the SPLC to assess Christian speech expose only their own bias and incompetence. There is no justification for its vicious hate.

Yep. French is a very fine writer and a real conservative, in addition to being an excellent lawyer.

So, the SPLC et al support “=” but not equality. So Pro-Choice.

TheFineReport.com in reply to notamemberofanyorganizedpolicital. | July 13, 2017 at 11:22 pm

Alan McIntire in reply to notamemberofanyorganizedpolicital. | July 14, 2017 at 7:59 am

Democrats are masters of projection. Basically if you hate minorities and want to see them suffer under perpetual servitude and destitution, your best bet is to register as a Democrat and vote for them as often as you can. No Republican policy is ever going to hurt “brown people” as much as the basic planks of the Dem party: abortion on demand, minimum wage, affirmative action.

Kill off their populations, keep them poor and having to turn to crime to make their way, keep them in and out of jail for decades, or if they go to a college they aren’t ready for because their school was so under performing because the Teacher’s Union demands bad teachers be kept and no one get performance pay – only to end up in student loan debt the rest of their lives and no degree to show for it.

Honestly, KKK members would be idiots to vote or support Republicans, Democrats do far better keeping black folks poor and uneducated and enslaved for their entire lives.

Wasn’t that the Democrat platform until the early 1900’s? /snark off

And why would these news organizations do that since SPLC aids those organizations’ political smear campaigns.

Two sides of the same coin.

SPLC is a hitman for the Democrats and is paid accordingly.

unless the SPLC again starts focusing on its original valuable mission of exposing and combating racist terrorists and white supremacists.

I’m sorry, I know it is possible for organizations to change over the course of decades, and I’m old enough to remember when the ACLU and Amnesty International were both valuable allies in the struggle for liberty and justice.

I even know that the ACLU has changed twice, since it was originally founded as a communist front, but then purged the communists and started doing good and valuable work before losing its way again sometime in the early 2000s.

But I don’t remember the SPLC ever doing anything good or worthwhile. Maybe I’m just too young, or wasn’t paying attention at the right time. If people personally remember such a thing then I defer to their greater knowledge. But I also know that it often happens that people simply assume a harmful organization that has a large following “must” have once upon a time done something to earn that good will, when in fact it never did, and has just mythologized a heroic past. Often an organization that’s harmful today was always harmful, and opponents let it get away with claiming otherwise because it doesn’t hurt their case now. They’re happy conceding that the organization once did good, but insist that now it doesn’t; but when one looks at this supposed past one finds that it was the same as it is now. And I find it hard to believe that this is not the case with SPLC.

For the brief time I’ve been reading here, I call that one of the best comments I’ve read.

This ^^ This ^^ and This ^^ again. Milhouse you put it better than I ever could have.

The SPLC is a criminal enterprise subsidized by the left. Of course, they have the support of the MSM, i.e. ABC and NBC for sure.