A view of Romanian-Israeli relations from Brasov

A view of Romanian-Israeli relations from Brasov

A brief report from Transylvania 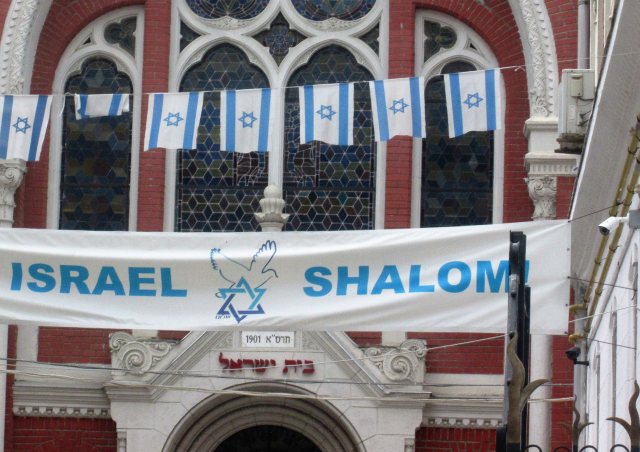 A good Legal Insurrection author is never completely off duty.

Last week, I blogged about an economic agreement being worked-out between Israel and 4 central European countries (including Hungary, which was one of the 5 countries on my summer tour).

Today, I snapped this photo in the Old Town of Brasov, Romania in front of the local synagogue. 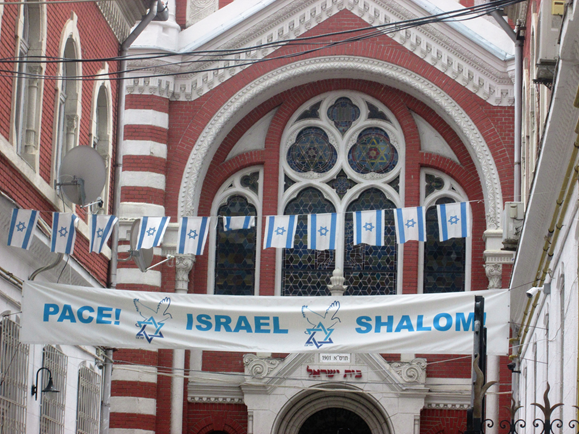 Interestingly, during the Cold War, Romania was the only communist country not to break its diplomatic relations with Israel. More recently, Romanian President Klaus Iohannis paid a state visit to Israel in 2016, pledging Romania’s solidarity with Israel in the battle against terrorism, anti-Semitism, racism and hatred.

This relationship will allow Romania to develop its own version of Silicon Valley, which they call “Laser Valley”.

Israel is very interested to collaborate with Romania in the defense industry, personalized medical research, as well as in the development of the “Laser Valley”, a project that will be done in Bucharest’s District 5, said the Social-Democrat leader Liviu Dragnea on Friday,July 14, reports local Economica.net.

He added that Romania wants to continue the collaboration with Israel in the defense industry. However, most of the military equipment that will be developed in partnership with Israel will be produced in Romania, the PSD leader said.

Israel is also interested in Laser Valley, a project that will be developed in Bucharest’s District 5, after the Silicon Valley model. Israeli representatives seemed “very, very interested” in the project, Dragnea said.

Meanwhile, I see President Trump is still tweeting and liberals are still comparing Trump to Hitler. So, not much has changed since I left for the Balkans!

Tomorrow, I am checking off the top item on my bucket list: A tour of Dracula’s Castle! I look forward to returning to California in a few days…which means I will end my 2-weeks of being a foreign correspondent (at least for the time being).

Ceausescu was a raging a-hole to his own country, but sought acclaim internationally.

When his own countryman finally executed him, milquetoasts of the world were so shocked, but Romanians rejoiced.

Sounds like the pathology of the GOPe, does it not – minus the guts.

“Among all the communist countries — Hungary Czechoslovakia, Bulgaria, Poland — we had it the worst, except maybe Russia,” Kemenici says. He adds: Given that Ceausescu’s regime routinely killed Romanians, “there was no other sentence possible for him than death.”
http://www.npr.org/sections/parallels/2014/12/24/369593135/25-years-after-death-a-dictator-still-casts-a-shadow-in-romania

Sounds like they have a bright future. FYI one of my relatives went to Romania/Transylvania as part of his church group (Unitarian!) and really enjoyed it.

Dracula (a.k.a., Vlad the Impaler) got his name because he took his enemies and stuck them on spikes as a form of punishment. While this sounds bad, it needs to be placed in context.
>
Vlad the Impaler was a prince who was fighting against the Muslim invaders that were seeking world domination. At the time, Muslim were taking over much of the entire world and occupied much of the world. One method the Muslims routinely used to keep the public in line was to impale them upon spikes. This was a very common occurrence for the Muslims so Vlad did this as a way of fighting fire with fire.
>
The result of this is that Vlad the impaler got his moniker and has been condemned by history such that Dracula has become the quintessential horror story and yet the impaling practices, as pioneered and routinely used by the Muslim invaders has all but forgotten.

not by ISIS — quintessential I-Slam, the ???religion??? of Peaz

If only Israel’s neighbors were this smart. I have contended for decades that the Middle East would prosper if they rode Israel’s coattails.

I suspect that Islam’s endorsement of 1400 years of inbreeding may be the root cause of their problems.