“I think the President is probably right to say, like, you are witch hunting me.” 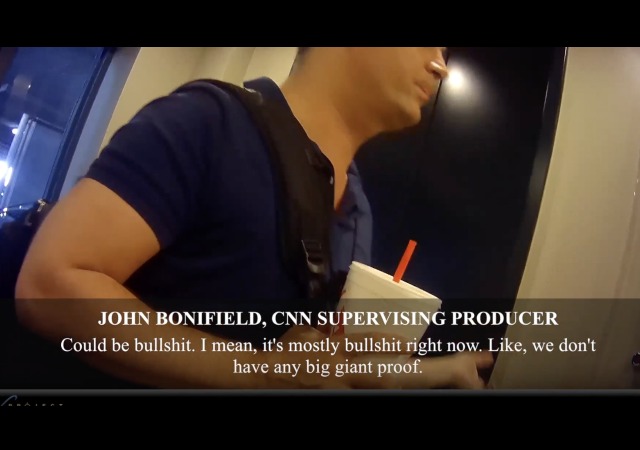 James O’Keefe’s Project Veritas released the first video in a series they claim will expose the bias of mainstream media outlets.

The video released Tuesday shows an investigator questioning CNN producer John Bonifield about the President Donald Trump-Russia narrative that has dominated the news cycle. Bonifield admitted to the investigator that Trump “is probably right to say, like you are witch hunting me” and that the narrative is “mostly bullsh*t right now” and the network doesn’t “have any giant proof.” 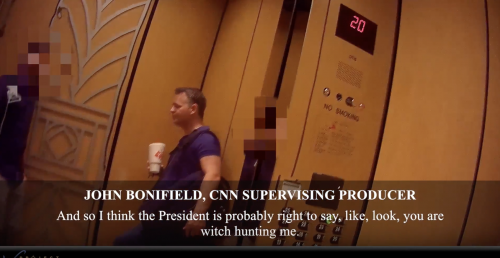 The investigator asked Bonifield why CNN continued with the Trump-Russia stories and the answer is simple: ratings. He explained that CNN’s ratings are off the charts and that even upper management has directed the network to stay on the Russia narrative. 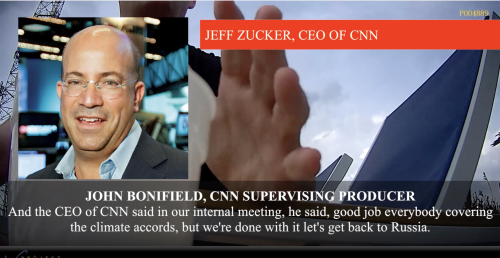 Bonifield also admitted that ethics generally go out the window because cable news is a business and the network needs to make money. He said he is “very cynical” about the news cycle, along with a lot of his colleagues. He did not specify which ones share his views. 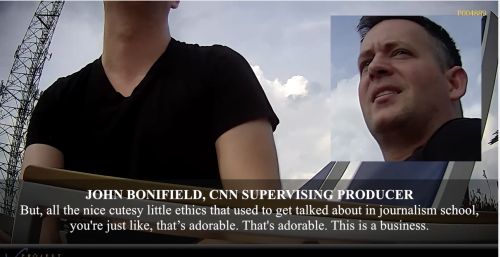 Bonifield brushed aside possible Russian intrusion into our presidential election because our government tries to sway elections in other countries. 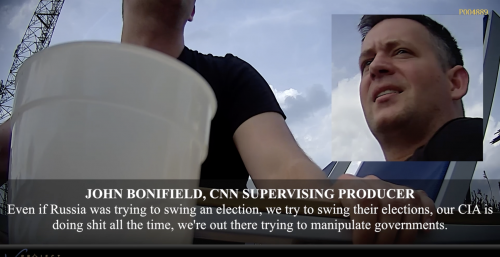 CNN has released a statement:

?: "CNN stands by our medical producer John Bonifield. Diversity of personal opinion is what makes CNN strong, we welcome it & embrace it."

The video comes out a day after three CNN journalists resigned over a retracted and deleted story on Friday. This led the network to implement new rules on Russia stories, which state that all those stories must go through CNNMoney executive editor Rich Barbieri and CNN Vice President Jason Farkas.

Surprise! So will Trump revoke their press pass?

notamemberofanyorganizedpolicital in reply to irishgladiator63. | June 27, 2017 at 1:47 pm

Commentary on this issue.

Both of the above are must hear reports from Tucker and Rush.

Hillary’s Depends blew up and now Obama and the Left are all covered in……..

amwick in reply to notamemberofanyorganizedpolicital. | June 27, 2017 at 3:10 pm

Is corporal punishment considered cruel and unusual? I am thinking stocks.. the old fashioned kind…They need to be shamed.

notamemberofanyorganizedpolicital in reply to amwick. | June 27, 2017 at 3:13 pm

We could start by dropping their stocks and bonds. (No that’s not a form of Pilgrim punishment – but means of corporate finance!)

Also their corporate charters need to be revoked.

ConradCA in reply to notamemberofanyorganizedpolicital. | June 27, 2017 at 7:56 pm

When they admit that their lying in order to make money they should be vulnerable to lawsuits and for losing their press accreditation.

They’re just whores who will do anything for money.

notamemberofanyorganizedpolicital in reply to snopercod. | June 27, 2017 at 2:13 pm

But they’re the best government money can buy!

Trump was right (not that we needed him to validate it), CNN is fake news.

In other related news today, CNN (amazing – CNN!) just reported that Claire McCaskill, D-MO, who has publicly said that in her 10 years as a Senator she never once met the Russian Ambassador Kislyak, in fact attended a Black Tie Dinner at his house in 2015.

Nothing wrong with that; but the point is that EVERYTHING the Senate Dems and the Media have been saying about this Russia story for the last 6 months have been blatant, baldfaced lies.

CNN is going to air a documentary on the Trump/Russia connection. Considering this blog entry, should be “interesting” to say the least.

So…MOST of the Russia story is bullshit.
That must mean that SOME of it isn’t!
Keep digging!

Most of it is bullsh1t and the remaining bits are crap.