Evidence that New Day edited video to make a Trump voter look like a conspiracy theorist. 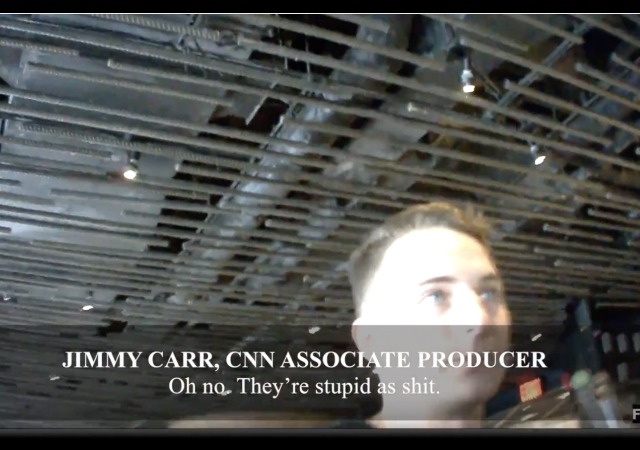 James O’Keefe’s Project Veritas released part three of its explosive investigation into CNN and its obsession with the Russia-President Donald Trump narrative.

This video contains two parts surrounding New Day associate producer Jimmy Carr. He speaks to two investigators and tells them that Trump “is a clown,” thinks voters are “stupid as sh*t,” and guarantees that Trump has paid for abortions.

O’Keefe then shows how Carr’s New Day program edited a segment with Trump voters that made one man appear to be a conspiracy theorist. 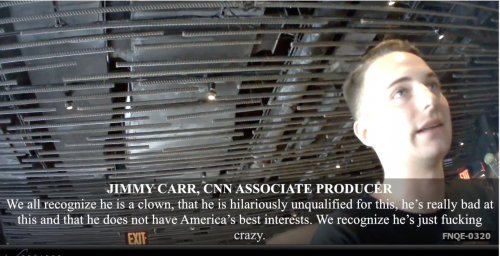 Carr echoes what a lot of Trump’s opponents said about him before and during the primary and then the campaign trail: He’s not a real Republican and he only chose that party because he knew he could win in it.

But then Carr brings up Trump’s personal life and can even guarantee that the president has paid for abortions: 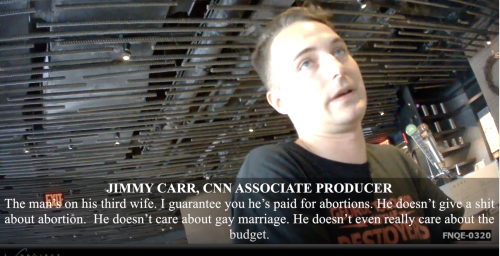 O’Keefe then speaks over and points out that those who have lashed out at the previous two videos, claiming it’s only the opinions of those involved, are wrong, according to Carr. 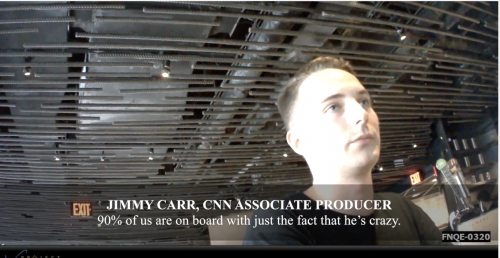 The investigator asked if those 90% were with her (obviously implying failed Democrat presidential candidate Hillary Clinton) and Carr said he “wouldn’t say with her but just acknowledge the fact that he’s batshit…my direct co-workers.”

The Project Veritas investigator then asks Carr if it’s “fair to question the intellect of the American voter.” Without skipping a beat, Carr responds: 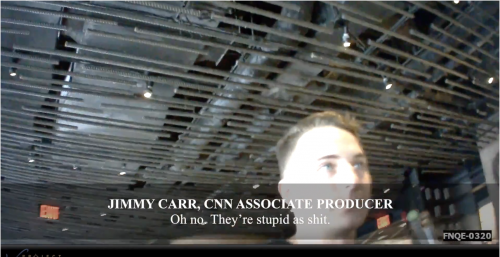 And as our regular readers will know, Trump landed himself in some hot water when he tweeted out yesterday that he didn’t want to meet with Morning Joe hosts around New Years Eve because Mika Brzezinki “was bleeding badly from a facelift.” SEXISM claims exited out of media outlets and social media. But I wonder if those same outlets will have all the outrage when they find out what Carr thinks of Kellyanne Conway: 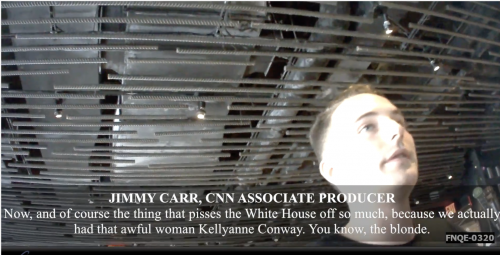 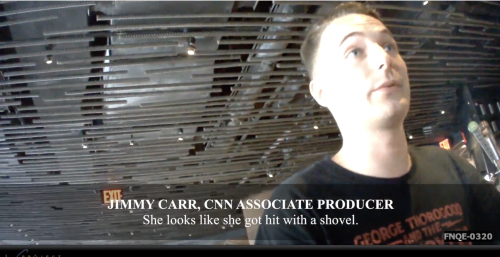 Carr produces New Day as I mentioned before. O’Keefe brought up a segment from the morning show when host Alison Camerota interviewed six Trump voters 60 days into his administration.

Someone leaked the full audio of the interview. CNN edited over an hour into a measly eight minutes to air. O’Keefe concentrates on a portion with panelist William Baer, who discussed Trump’s claims of voter fraud. 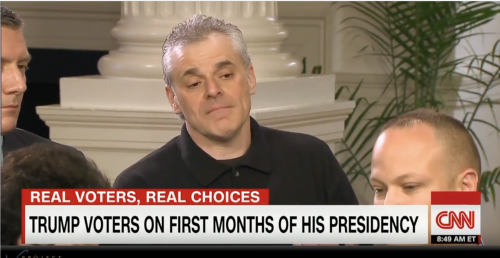 He tells Camerota that if voter fraud didn’t exist that Trump would have won by higher numbers than he did against failed Hillary. Camerota eggs him on, asking him in a sarcastic voice if he has actually seen a dozen or 3 million illegal voters voting. He tries to explain his answer, but the video shows Camerota interrupting him before it moves on. It leaves Baer looking like a conspiracy theorist. 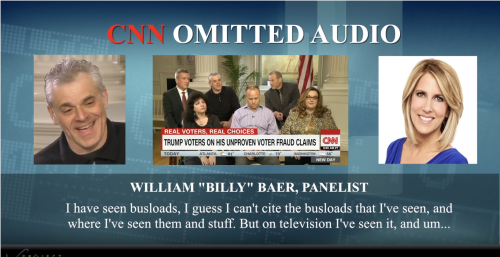 However, the leaked audio shows another picture. It shows Baer coherently providing the reasons why he believes voter fraud exists and even gave examples oh him witnessing it in person: 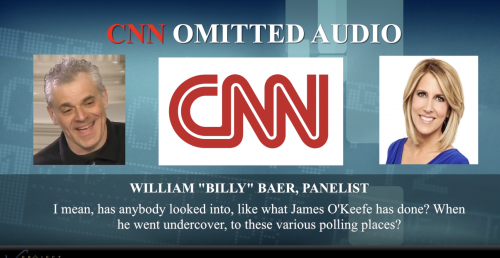 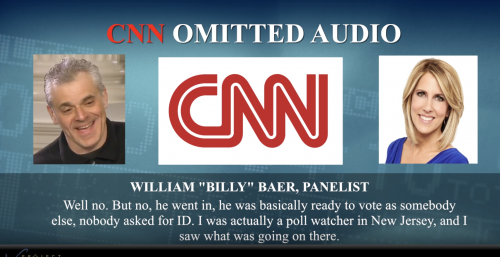 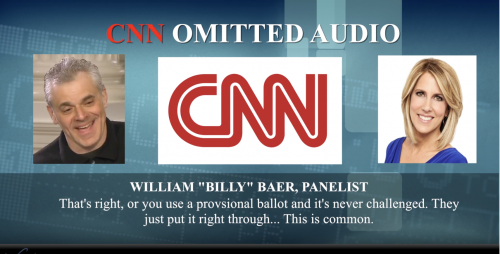 Of course he means voters who do not vote Democrat. Never mind that the vast majority of such cannot speak adequate English and may have never read a book.

Don’t be too sure about that. According to Bill Ivey, a democrat strategist, the left has worked for decades to create “an unaware and compliant citizenry,” and he was talking about the left’s voters.

I’m wondering if we’re building to the point where Trump can ban CNN from the Whitehouse grounds and forbid any White House staffer from communicating with them or from appearing on their show. (congresscritters can do what they want, of course)

After all this that’s coming out, I certainly think it’s deserved.

I also would like to see White House briefings with a varying number of bloggers being allowed in to ask questions. Make all the MSM types sit in the 12th row.

Already there are multitudinous grounds for endless legal actions – both criminal and civil……..

Better off to leave them and just keep batting down their fake news. That way, if they ever come up with something valid, no one will believe them.

He looks very white. And privileged. And sort of male.

notamemberofanyorganizedpolicital in reply to rinardman. | June 30, 2017 at 4:13 pm

Well, between eight years of Obama and the near miss with Hillary, the guy has a point.

Today, Veritas presented its third tape of the undercover work at CNN. It is by far the most damning of the three.
So how to explain that that third tape went totally ignored, not just by the “garbage media”, but also by FOX? Same happened to Veritas last November, with its undercover work at the DNC. What had the potential of really blowing sky-high, merely fizzled.
Jim O Keefe is not the only one who wonders what is going on!

Sometimes Fox is but a thread away from the MSM. This appears to one of those times when they are side by side.

Fox has been going left since Murdoch’s spawn took over.