“This just heightens the divide between big business and small business” 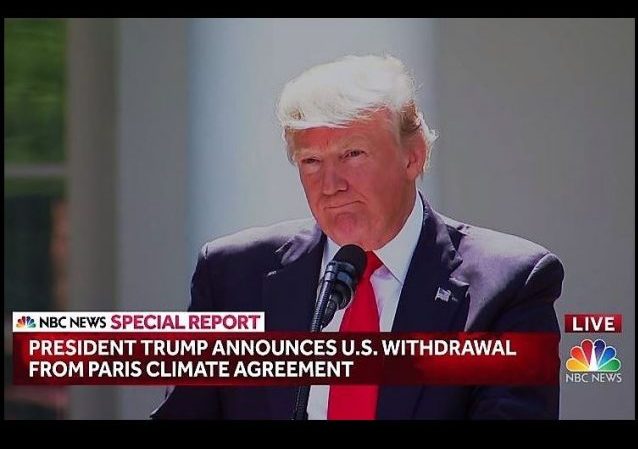 As the usual suspects on the left bemoan President Trump’s decision to exit the Paris climate accord, small business owners attending a luncheon cheered when they heard the news.

As news that President Trump was pulling out of the Paris climate accord hit at a luncheon for small-business owners in Toledo, Ohio, on Thursday, an already happy crowd suddenly turned euphoric.

“It was like a major win at a football game,” said Rick Longenecker, a management consultant who had been among the 50 or so attendees who gathered to trade thoughts amid a rapidly improving local economy.

While multinational corporations such as Disney, Goldman Sachs and IBM have opposed the president’s decision to walk away from the international climate agreement, many small companies around the country were cheering him on, embracing the choice as a tough-minded business move that made good on Mr. Trump’s commitment to put America’s commercial interests first.

. . . .  For those more concerned with their local economies than global greenhouse gas emissions, walking away from the Paris agreement was just another example of a bottom-line business decision made by a president who knows a good deal from a bad one.

“This just heightens the divide between big business and small business,” said Jeffrey Korzenik, an investment strategist for Fifth Third Bank in Cincinnati who spends much of his time talking to small businesses in the Midwest. “They really have different worldviews.”