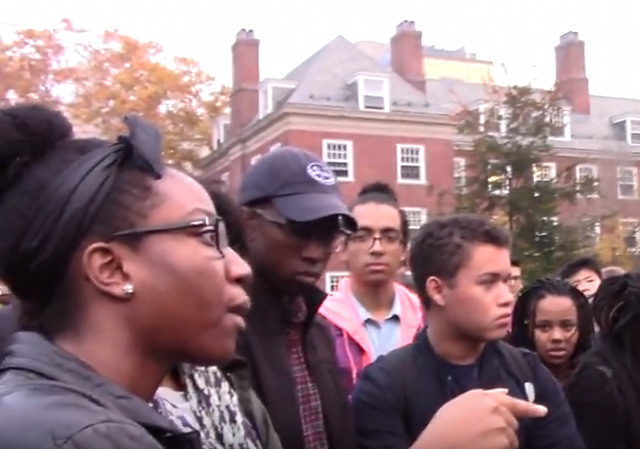 Yale has officially jumped the shark. Since when does this type of behavior warrant reward?

Yale’s Nakanishi Prize is awarded every spring to “two graduating seniors who, while maintaining high academic achievement, have provided exemplary leadership in enhancing race and/or ethnic relations at Yale College.” Normally, the bestowal of an undergraduate award, even at an august institution like Yale, is of interest to no one beyond the recipients, their classmates, and their families.

This year’s prize, however, should trouble anyone concerned with the imperiled fate of free inquiry and rational dialogue at our nation’s institutions of higher learning: on May 21, Yale recognized—out of a graduating class of some 1,300—two individuals who did more than most of their peers to worsen race relations on campus.

Our story begins in the fall of 2015, when a mob of students surrounded professor Nicholas Christakis in the courtyard of Silliman, the residential college of which he used to be Master, a term used to describe head faculty members who oversee undergraduate life (more on this later). Christakis, a world-renowned sociologist and scientist, was there to answer complaints about an email sent by his wife, Erika, in response to a campus-wide message distributed by a Yale College dean of “student engagement,” Burgwell Howard, warning students away from wearing Halloween costumes that “threaten our sense of community.”

For her mere suggestion that Yale undergraduates—adults who can legally vote and fight and die in the nation’s wars—be entrusted with the responsibility to choose their own Halloween costumes (and, furthermore, be entrusted to share whatever discomfort they may have about potentially “offensive” costumes with their peers, rather than encouraged to whine to overpaid, utterly superfluous, administrative busybodies), Erika Christakis was denounced by hundreds of Yale students, faculty, alumni, and countless off-campus agitators as an incorrigible bigot and “white supremacist” whose job should be taken from her.

Reading articles like this drive me to contemplate ending it all.

But the President has now protected us from the Paris Accords and I know that the miscreants who received this “award” are now miserable and outraged…which is as it should be.