The woman remains under investigation for breaching the House IT system. 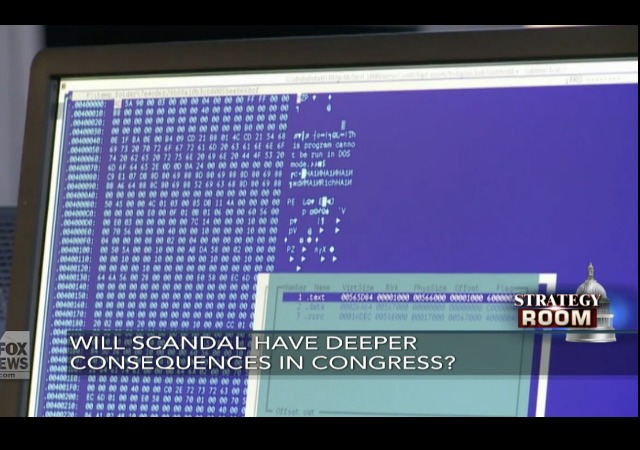 Four IT staff for the House Permanent Select Committee on Intelligence and other lawmakers lost their jobs in February after suspicions arose that they breached security on the House IT network.

The U.S. Capitol Police named Hina Alvi, her husband Imran Awan, and his brothers Abid and Jamal “as subjects of a criminal probe.”

Now relatives have said that Alvi has fled the United States with her daughters and sought protection from the Pakistani government.

“I came to know from one of their relatives that Hina Alvi and her daughters are moved to Pakistan, Hina Alvi saying ‘we have moved here in Pakistan permanently,’” the Awans’ stepmother, Samina Gilani, told TheDCNF.

Two other sources close to the family, who requested anonymity because they believe it is a “national security issue,” also said that Hina has gone to Pakistan.

Gilani said in court documents the Awan brothers have convinced Pakistani officials that they are VIPs and travel the country with a police motorcade — an assertion that seemingly gives them a major incentive to seek protection there, as well as raising questions about how the computer jockeys obtained that status.

In February, reports surfaced that five House employees face an investigation for breaching House IT systems and stealing equipment. Media named Alvi, Abid, Imran, and Jamal in reports the following days, but I have not found the name of the fifth person. Lawmakers fired the four when the suspicions arose and barred the brothers “from computer networks at the House of Representatives.”

The House members included three congressmen on the intelligence panel and three on the House Committee on Foreign Affairs. The officials suspect the four of “accessing members’ computer networks without their knowledge and stealing equipment from Congress.”

The congressmen have tried to downplay the access the four had, but a former House Information Resources (HIR) technology employee disputed them to The Daily Caller:

“They had access to EVERYTHING. Correspondence, emails, confidential files — if it was stored on the Member system, they had access to it,” the former House Information Resources (HIR) technology worker with first-hand knowledge of Imran’s privileges told The Daily Caller News Foundation.

Technology employees who work for members must initially get authority from HIR, a component of the House’s chief administrative officer, which maintains campus-wide technology systems.

“There were some things – like access to the House email system that were totally controlled by the technicians at HIR. In order for certain permissions to be granted, a form was required to ensure that there was a paper trail for the requested changes. Imran was constantly complaining that he had to go through this process and trying to get people to process his access requests without the proper forms. Some of the permissions he wanted would give him total access to the Members’ stuff.”

Concerns over the suspects span into 2016, though, since the four of them landed themselves in massive debts over the past few years.

The stepmother I mentioned above accused the brothers of keeping her away from her dying husband and kept her in a “sort of illegal captivity” from October 2016 to February 2017 as a way to retrieve his life insurance. They allegedly “threatened her in an effort to get money that their father had stashed in Pakistan.”

She “has filed a separate police complaint alleging insurance fraud.”

It turns out Abid has a debt of $1 million over a failed car business he ran in Falls Church, VA. His former business associates have claimed that he “had stolen money and vehicles from them.” The Daily Caller continued:

A vendor who supplied Abid’s business with cars said that he had not paid for the vehicles and wouldn’t return them, either. “The consignment agreements state it clearly that either Mr. Awan sells the cars for the agreed price no less $62,200 or return my cars back,” he wrote.

On a car record showing the title had been released to Abid, the vendor said “this is no authorise [sic] also I have no information about this car bought by defendant under my company business buy and sale no authorise [sic].”

The list of people connected to his failed business include Dr. Ali Al-Attar, “an Iraqi politician who is wanted by U.S. authorities and has been linked to Hezbollah.” The failed business took a $100,000 loan from Attar and could not pay him back.

After the investigation started, Imran and Hina immediately made moves. They withdrew their daughters from schools and Hina allegedly told people around her she wanted to move to Pakistan.

The Daily Caller found that the she listed her house “and an apartment she owns for sale.”

Gilani told The Daily Caller that Imran often “’boasted he had many contacts in USA and Pakistan also. He also said that if [I called even] the whole United States police on them,’ he would not face consequences, Gilani told TheDCNF. ‘Imran Awan threatened that he is very powerful’ and would use that power to have people kidnapped in Pakistan, she said in court documents.”

It looks like Pakistan is very appreciative of the treasure trove of intelligence documents brought by their four newest residents. I suspect that appreciation will only last until they have been squeezed of the last documents they stole. Then they will become an embarrassment, and might want to consider moving again.

Sounds like long time scam artists. Makes you wonder how any of the clan were cleared for even the most trivial or inconsequential IT work in any federal capacity.

Perhaps a quota was met that also helped some check the “virtue” box by hiring certain ethnicities. No bigots. But also no precautions.

notamemberofanyorganizedpolicital in reply to casualobserver. | May 26, 2017 at 3:15 pm

Wanna bet they were hired by Obama?

Things that make you go “Hmmmmmm……..”

“Four IT staff for the House Permanent Select Committee on Intelligence and other lawmakers lost their jobs in February after suspicions arose that they breached security on the House IT network.” (That’s a good start President Trump.)

“The U.S. Capitol Police named Hina Alvi, her husband Imran Awan, and his brothers Abid and Jamal “as subjects of a criminal probe.”
(How are they “related” to Obama?)

“Now relatives have said that Alvi has fled the United States with her daughters and sought protection from the Pakistani government.”

BOOM. Thank you, Chastain, and the Daily Caller!

“The House members included three congressmen on the intelligence panel and three on the House Committee on Foreign Affairs. The officials suspect the four of “accessing members’ computer networks without their knowledge and stealing equipment from Congress.”

I read about this story months ago on blogs (but not from the MFM – because the Russians are coming!), and wondered “The Capitol Police??” Why are they investigating this obvious breach of national security and not the FBI??”

Now, one suspect has fled the country and the 2 brothers are also suspected of insurance fraud and unlawful imprisonment, plus defrauding an investor, yet they worked IT on Capitol Hill.

WHAT THE H3LL IS GOING ON IN WASHINGTON D.C. AND OUR ‘INTELLIGENCE’ AGENCIES??

“The Capitol Police??” Why are they investigating this obvious breach of national security and not the FBI??”

Because it was not a breach of national security. There should not have been any national secrets on any computer they had access to, and there’s no reason to suppose there was any. This is an ordinary criminal case, very embarrassing to the members involved and to the Democratic Party, but no more than that.

Gee, can we know who hired these people?

How the H did they get out of the country?

WTF has happened to the Democratic Party at the national level?

Seriously, maybe we should be checking the water for lead.

notamemberofanyorganizedpolicital in reply to Valerie. | May 26, 2017 at 3:17 pm

Simple. They became traitors for money from foreign evils.

These people are so sloppy with data – since DWS is on the list of using these people for IT services, do you think that she used her congressional computer for DNC business?

Here is another possible source for hacking into the DNC computers….

Nothing to see here..
Now, where were we?
Oh yeah..
TRUMP! RUSSIA!

So, the irony alarm will go off if you watch the Daily Caller clip of Ms. Schultz at a budget hearing with the capital police chief.

She spends several minutes busting on the guy about diversity in his force before she threatens him over not returning a laptop involved in the investigation.

The guy is a little slow or he would have looked at her and said, “Why yes, Congresswoman, we’re trying to improve our diversity. In fact, we’re currently looking for qualified Pakistanis to fill some positions.”

The congressmen have tried to downplay the access the four had, but a former House Information Resources (HIR) technology employee disputed them to The Daily Caller:

This is disingenuous. The HIR person did not dispute the members’ claim. Yes, they had access to everything on their clients’ systems. They had no access to information not on those systems. That would be anything classified.”,

The HIR people quoted were reduced to saying, “well, yeah, of course they didn’t have any classified information, but this stuff is important too”. The information they had access to may indeed have been “sensitive, extremely private and likely to contain privileged information of the utmost import”, but so ****ing what? Why would anyone except their clients give a ****? Anything affecting national security is classified; anything that is not classified is by definition not a national secret, and there’s no reason we the people should be concerned about it, any more than we care if some private company’s system is breached.