Relationship is off once more. 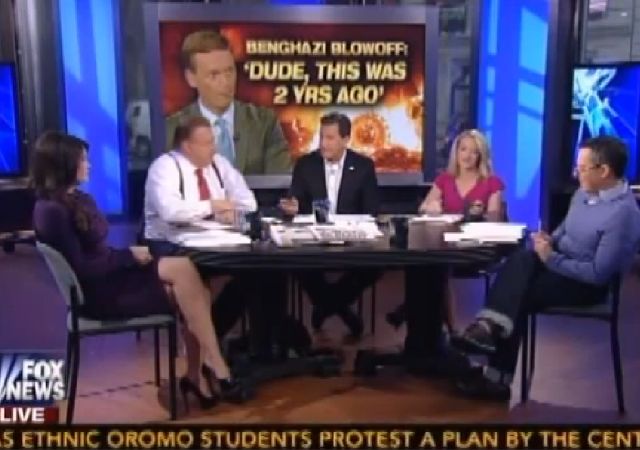 Fox News has fired Bob Beckel again. I’ve lost count how many times these two have had a falling out. This time, though, the network fired him “for making an insensitive remark to an African-American employee.” From Variety:

Fox News’ human resources department was made aware of a complaint about what one person familiar with the situation characterized as a “racially insensitive remark” on Tuesday evening. Executives conducted an internal investigation, this person said, and decided to part ways with Beckel Friday morning.

Douglas Wigdor, an attorney who represents several current and former employees who have alleged racial discrimination at Fox News in a lawsuit, said he is representing the employee who complained about Beckel. In a statement, Wigdor alleged Beckel “stormed out of his office” when an African-American information-technology employee came to service his computer, “telling our client that he was leaving his office because he was black.” Wigdor alleged Fox News executives tried to get the employee to withdraw the complaint. “As with our other 22 clients, we intend on holding 21st Century Fox accountable for these actions and will be filing multiple other complaints in other matters next week,” Wigdor said.

These suits, mostly sexual harassment, do not pass the smell test. HR departments are not going to let multiple offence reports occur without taking some action.

Beckel IS many things, but I cannot believe he is a racist. It may have been a Don Imus “Nappy hair” moment of humor that was not appreciated.

Beckel is just sleazy to see or hear. Glad I got rid of my cable tv years ago.

Clearly Bob didn’t say what they said. He’s a lunatic in many areas but this is #fakenews.

I dislike Beckel in so many ways,
BUT a LibRule like he is, and an old fart who only sees the bad
in conservatives, would not purposely insult a PROTECTED MINORITY, (not Israelis or Observant Jews like the Kushners are).

I am more than happy that Beckel will no longer be of FNC!

Actually, Beckel has always been a racist. He’s the same sort as Biden and Bill Clinton. Covert racism to exploit the black vote is nothing new among Democrats, look at LBJ.