“decisions made by state and federal lawmakers” 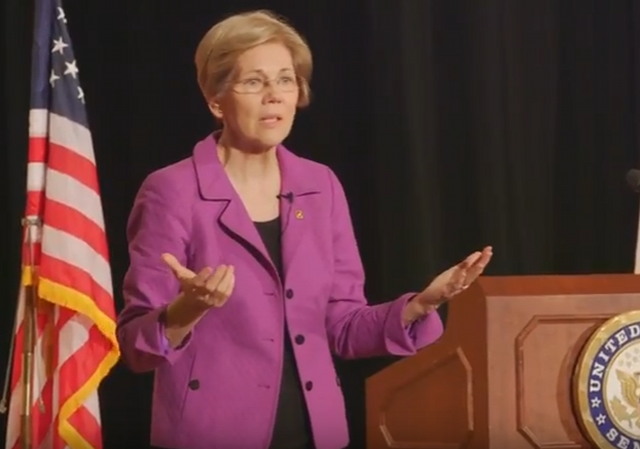 Elizabeth Warren gave a commencement speech at UMass this weekend and spoke of student debt and government as if she was a government outsider.

Senator Elizabeth Warren has a message to new graduates dealing with student debt: Stand up for yourself with the politicians.

During a commencement speech at the University of Massachusetts Friday, Warren told students that decisions made by state and federal lawmakers “heavily influenced” the amount of student loans they’ll have to pay.

“As a practical matter, how much you owe and who has access [to education], is set, in part, by a handful of people who, in a democracy, are supposed to answer directly to you,” Warren said.

So, she implored students to get involved.

“I am not here to make a pitch just to Democrats or to Republicans …. Libertarians, vegetarians, Big Mac-atarians,” Warren said. “Your elected officials are increasingly working only for a few — the very wealthy few — and if that doesn’t change soon, then this country will fundamentally change.”

There is something disingenuous about Fauxcahontas giving anyone advice about anything pertaining to student debt.

Whatever happened to “Repay the debt”?

Why is Warren telling students they should expect politicians to make taxpayers pay off their debts? If their tuition is too high, talk to the administrators who set tuition rates. But don’t expect the rest of us to pay more taxes to keep them from having to pay off their debts.

How much did the fake Indian make as a professor at Harvard again? $350K? Now we get to watch her be a fake Senator….