We are going to be updating and expanding ElizabethWarrenWiki.org. Just in case. 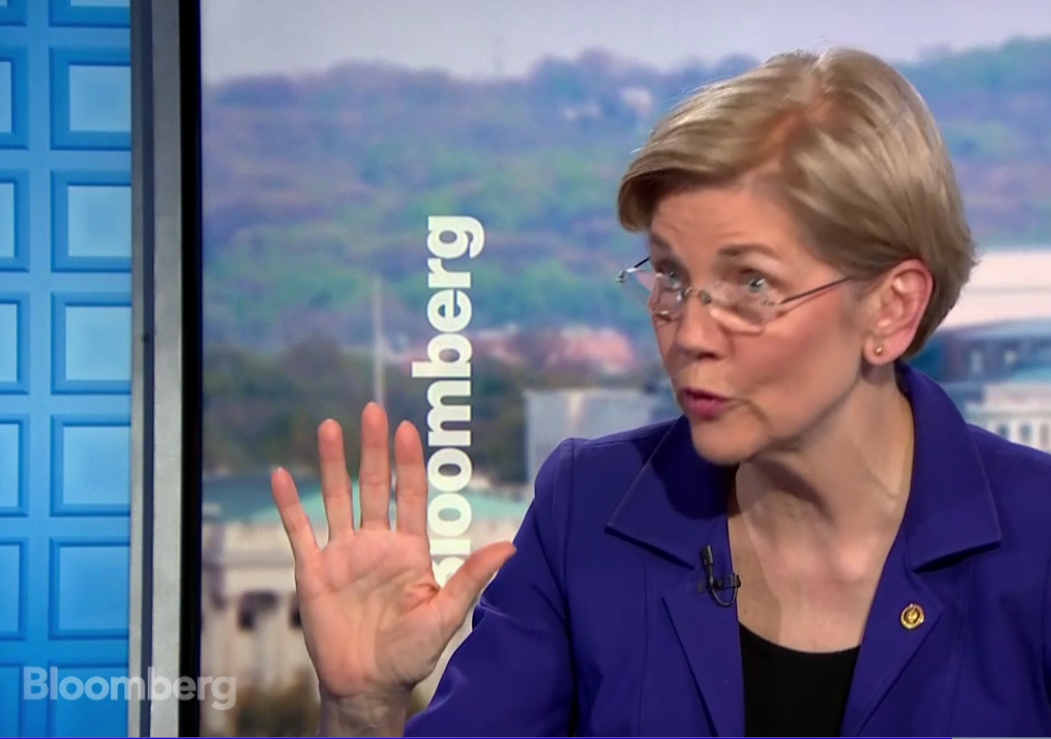 How many times do we have to go through this?

Elizabeth Warren still is the face of #TheResistance and the Democratic Party. She could raise a gazillion dollars if she ran for president.

She would have beaten Hillary so badly Warren’s supporters would have gotten tired of winning.

Yet she keeps saying she is not running for President.

That’s technically true. She is running for Senate in 2018, and while there is little likelihood she would lose, she is taking no chances. She doesn’t want a surprise if voters, whose support has softened, think she’s looking too far ahead.

Why does not one believe it?

By the way, we are going to be updating and expanding ElizabethWarrenWiki.org. Just in case.

“Those cheekbones” are further south than Lizzie’s………..

The Democratic Party does love its frauds.

She isn’t running for President because if she were, it would be an announcement that would trigger all kinds of Federal Election Law requirements, filings, and paperwork. And she doesn’t want to mess with that just yet.

Also, announcing for president will short-sheet her Senate election next year, and there’s no way Liz will drop out of her race. She’s got her claws on power now, and she won’t let go, no matter what.

On another note, that second video was so much (censored) piled up in giant heaps after each question. “Oh, no. We all agreed that Comey had to go, but the *timing* was suspicious.” Yeah, right.

All I want to know is if she will run as the first American Indian President.

Do tepees have glass ceilings?

Reminds one of a guy protesting, “I’m not gay!”

Elizabeth Vermin will wear out her welcome eventually.

She would have beaten Hillary so badly

The Party would never have let her survive the Primaries. She’d have been Sanderized for sure.

The Dems, even more than the Repubs, revolve around big money. And there’s little about Warren to attract big money. Hillary blew through over a billion dollars trying to buy the White House, and the lesson the Party will take away from that is that it needs to spend even more.

When Warren can command six-figure fees for saying nothing of consequence to big corporations, we can figure the Party is prepared to put real money behind her. But that’s an uphill slog, and she hasn’t really started yet. Hillary’s empire of corruption was the work of a lifetime; the payola network, files of blackmail and extortion material, and history of strategic rubouts suicides are light-years beyond anything Warren’s set up.

The rank and file may think Warren’s a hot item, but they’d think that of any bright, shiny, noisy object. The Party will want to see the cash.

“By the way, we are going to be updating and expanding ElizabethWarrenWiki.org. ”
*****
I would like to see more researh on her law license issues. I haven’t looked at the issue since 2012 but, IIRC, she could have obtained a Mass. License w/o taking the Mass Bar exam since she had been active faculty at Harvard Law for >5 years. Would have involved paper work, back ground checks, etc. Also, IIRC, she surrendered her law license in NJ(?) or PA(?) and those records were sealed. If true, what is she hiding???

She’s in it for the money and the attention.

This is daily the “Leave me alone! I am not running!” part of her campaign. Once we get bored with that, it will become daily “I am not running but if I were…” rants. It has something to do with the sting of “Fauxcahontas”. She is waiting for that to burn itself out.

We have yet to get going with “Show us your Walking Eagle plaque Faux!”. If the Cherokees haven’t presented her with one yet, it’s coming. All the phonies get one eventually.

Run a Google search with “elizabeth warren runs away”. An enterprising blogger not too squeamish to use terms like Fauxcahontas or Liawatha could make a career posting those.

I maintain that the main reason she refuses to meet with those Cherokees who keep showing up wanting a powwow with her is that she is terrified of being awarded the dreaded Walking Eagle plaque. I first heard of this when they awarded one to Ward Churchill (remember him?) about fifteen years ago after 9/11. It’s how they deal with “stolen valor” poseurs. Ask John Kerry and the clueless Justin Trudeau who gushed when he was presented with one.

The ‘Walking Eagle plaque’ is a recurring joke/myth going back to at least 2005. Alleged recipients include Trump, Trudeau, Bush and Obama, ‘awarded’ the plaque in almost identical scenarios.

No question Warren is FOS and deserving of the name, though.

It’s not a myth, the tribes actually do award those. I am using that trying to persuade the Professor that his fear of offending native Americans were he to use Fauxcahontas or Liawatha is ill-founded. I am sure they use those terms to describe her and the rest of the poseurs. I am sure Jews are never offended by non-Jews who insult Hitler and the Nazis. You can’t afford to be nice or polite to evil.

I’m quite open to correction if you can provide reliable evidence, Phil.

If legit, they’ve definitely lost control of it.

Remember those pictures of Bush 43 hugging Ted the Swimmer after hammering through the “No Child Left Behind” bill? Try to find one today. Ward Churchill’s award was widely reported at that time yet….

Besides, my main point was that Warren is not worthy of respect. Even if she actually is 1/32 Cherokee, she is still an East Coast WASP. THAT is her culture and who she is. I doubt that there are any tribes who would be offended by calling her Fauxcahontas or Lieawatha.

We are fighting a domestic enemy that rejects everything we Americans believe in and they have no respect for truth. This is war and they are using weapons of war. Never help an enemy get back on their feet once defeating them in battle. It is hard enough that they control the bureaucracy and primary tools of propaganda. We can’t give them the luxury of playing by their rules, rules that they don’t adhere to themselves. That is not how you win a war.

If LI wants to keep posting on Warren, go for the jugular! She’s down! Finish her off before she gets back up!

I absolutely agree with your sentiments toward Warren, but there are plenty of legitimate reasons to oppose her including her false claims of Cherokee heritage. I doubt seriously she is even 1/32 Native American; I’m guessing 0/32. The Walking Eagle stuff is just legend, though, until evidence surfaces. I have no issue calling her that as an epithet, mind you, because it fits.

notamemberofanyorganizedpolicital in reply to Pasadena Phil. | May 15, 2017 at 3:16 pm