“The front page we hope to never publish.” 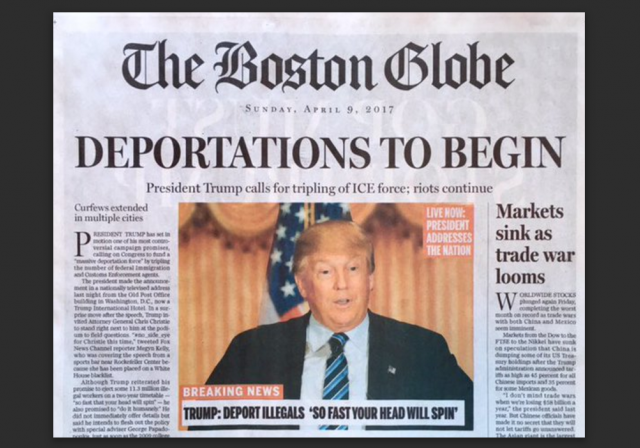 One year ago today, the Boston Globe put out a “fake news” front page designed to mock Trump.

The paper teased it on Twitter as “The front page we hope to never publish.”

The front page we hope to never publish, unveiled this Sunday. Via @GlobeOpinion pic.twitter.com/EluP0GHi5T

It displayed numerous headlines which made predictions about what would happen under a Trump presidency. At the time, Professor Jacobson commented:

Assuming The Globe runs this, it will not hurt Trump.

Instead, it hurt conservatives who have serious concerns about Trump and are fighting to keep him from the nomination based on conservative principles, but who now will be lumped in with the anti-Trump left.

Thanks for nothing, Boston Globe.

On April 9, 2016, the Boston Globe journalists imagined the horrific, future world of April 9, 2017. The Globe put together a fake news front cover with Donald Trump as president. One year later, the headlines haven’t aged well. This one slimed: “U.S. soldiers refuse orders to kill ISIS families.”

Another predicted, “Markets sink as trade war looms.” Not exactly. According to MarketWatch, “Trump is enjoying the Dow Jones Industrial Average’s best performance in the initial 30 days of a presidential term since Franklin D. Roosevelt in 1945.”

The main headline is:

The only people being deported are illegal aliens who are criminals. Trump has not called for a tripling of ICE forces and the only riots are from left wingers who are emboldened by media outlets like the Boston Globe.

The top story is:

Not happening. Not even close.

This one is great:

There is no such new law, although the press is holding up their ‘absolute scum’ part of the deal.

This prediction is a side-splitter:

Silly Boston Globe, that only happens to Democrat presidents in the beginning of their first term.

You can see the full page below:

Here’s above the fold: 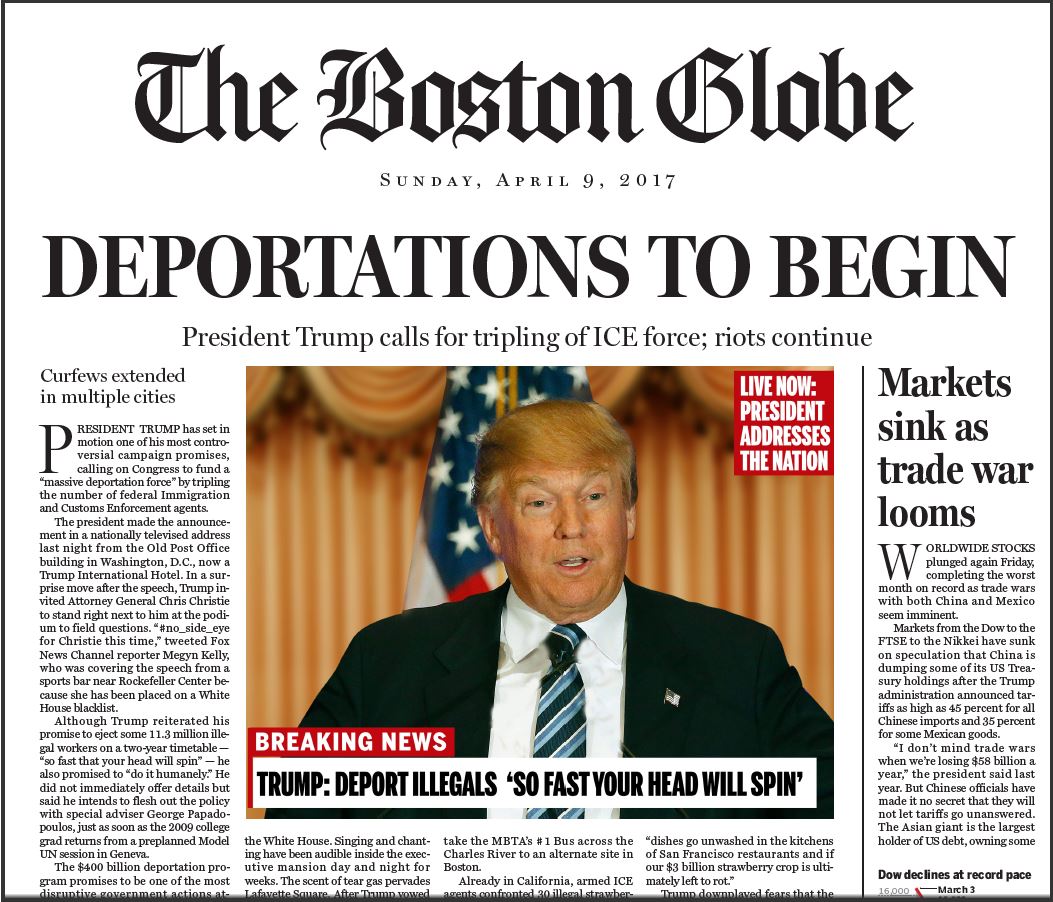 And below the fold: 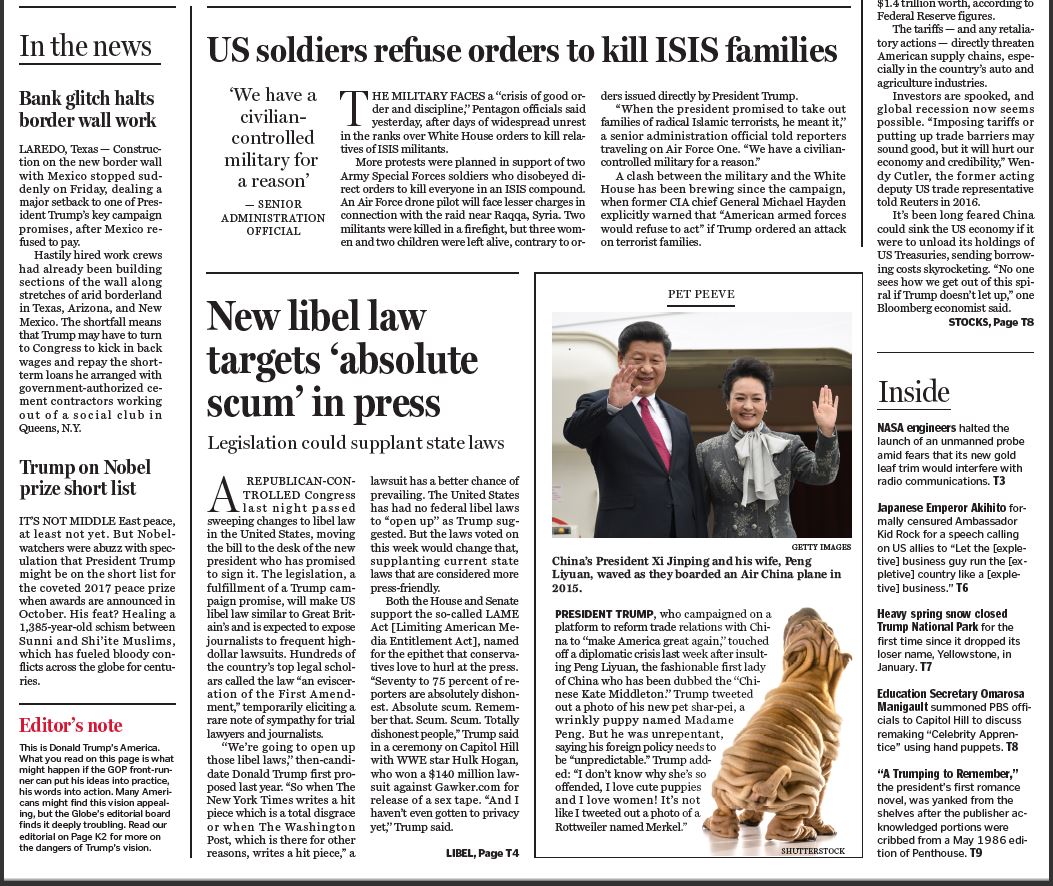 It looks rather ridiculous now, doesn’t it?

The Boston Globe: Where fake news is real and real news is fake.

It used to be the paper of record. Obviously it is no such thing now. Visit their home page any day of the week, and you’ll see nothing but venom-laden pieces of the anti-Trump echo chamber. They’ve always been cheerleaders for the Left, but now more than ever.

I admit Trump is a disappointment.

There’s been articles about the 368 people ICE arrested this week in the interior, so let’s do some math based upon conservative estimates of number of illegal aliens:

Which means illegals will be deported? Never.

I want them out.
I want the border patrol and ICE increased by 100 times.

I want the 25% of the kids that are illegal aliens or anchor babies in the two schools on my street, GONE.

I’m tired of hospitals in my state closing because they can’t pay for the ER care for illegals.

I’m tired of being told how racist I am.

The only good I see about the rate of deportations is most were criminals.

Continuing the fine tradition of “All the news that ‘fits’ our worldview, we print.”