Reid reprimanded a Republican for speaking of “Democrat” party 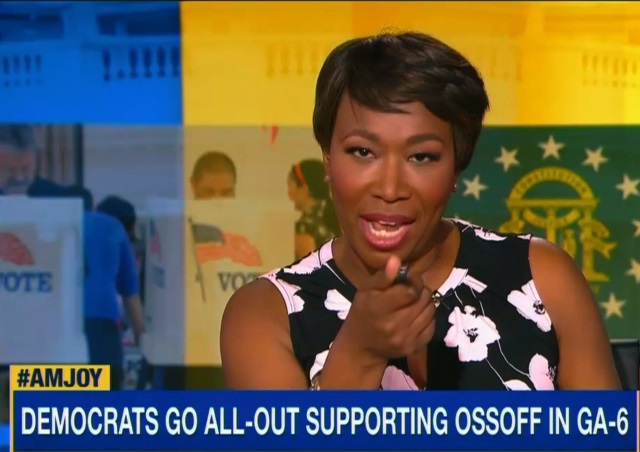 Is Joy Reid going to rap DNC Chairman Tom Perez on the knuckles for failure to abide by her anointed nomenclature? As we noted this past weekend, MSNBC host Reid reprimanded Republican Katon Dawson for speaking of the “Democrat” party. She warned Dawson that “we’re going to have a talking-to,” she instructed him, “we say ‘Democratic’ on this show.”

Perez appeared on Morning Joe and CNN this morning to discuss yesterday’s congressional primary in Georgia. And—ruh-roh—Perez twice spoke of the “Democrat” party! On Morning Joe, he said, “we’re building a Democrat National Committee whose mission is not simply to elect the President of the United States.” And later, on CNN, Perez said, “the Democrat party, we have to walk and chew gum.”

So, should Perez anticipate being called on the carpet by Reid and given a lesson in proper Democrat[ic]-speak?

Note: later in the CNN interview, Perez did twice speak of the “Democratic” party. Maybe Joy got a call into the CNN set.

Somebody should ask Joy Reid what is democratic about Super Delegates?

That’s similar to my initial thought.

In American English, “Democrat” is a proper noun, a title. In contrast, “democratic” is an adjective — an adjective that does not describe the political party that uses it as a namesake.

As Abe Lincoln reportedly said (paraphrased), “If you call a dog’s tail a leg, how many legs does it have? The answer is four; calling a tail a leg does not make it one.”

Therefore, the phrase “Democratic Party” — as in, “the party that is democratic” — is grammatically and functionally wrong when compared to “Democrat Party”, which means “the party of Democrats”.

The first instance (“Democrat National Committee”) is not true; you’re just listening carelessly. Listen more carefully and you’ll hear the “-ic”. The second instance (“Democrat Party”) does seem to be true, but as you pointed out he corrected himself later, making it obvious that the first time was a slip of the tongue.

I have listened at least a dozen times and definitely hear “Democrat” National Committee.

Then you need your hearing checked; the “-ic” is clearly there.

You and I both know that the Democrats choose words they can use that those outside of their circle can’t use.

They are the Duke basketball flop fest of politics.

The official Party name should definitely have a prominent “ick” somewhere.

Who after watching the last Democrat Party Presidential Primaries associate DEMOCRATIC with the DNC?

Perez said, “the Democrat party, we have to walk and chew gum.”

Well, you have to admire how they set their goals high.

Not sure they can do both at the same time, tho.

Does CNN and MCNBC have any commentators that aren’t angry black women? yap, yap, yap!

He is a Democrat. On CNN and MSNBC they can do no wrong. If he called it the “Proletarian Workers and Peasants Party of Eternal Revolution” they would swoon.

Joy Reid’s still a thing? I could care less what that mental midget thinks

“we say ‘Democratic’ on this show.” — because you’re stupid and have a weak grasp on the English language.