Suspect is a naturalized Russian citizen from Kyrgyzstan. 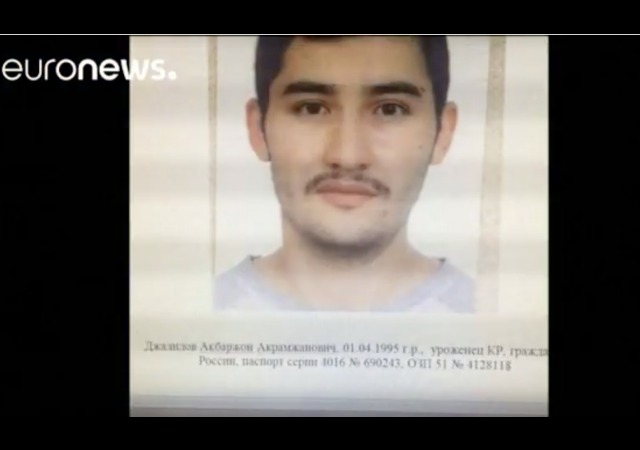 Yesterday, an explosion on a subway train in St. Petersburg, Russia, killed 14 people and hospitalized 49 more.

Russian officials today have identified the suicide bomber as Akbarjon Jalilov, 22, from Kyrgyzstan using “genetic traces” left on a bomb that authorities defused at another subway station.

“The investigation identified the man who set off the bomb in the carriage of the Saint Petersburg metro. It was Akbarjon Djalilov,” a statement by the Investigative Committee said.

“The conclusion of genetic evaluation and footage from surveillance cameras enable the investigation to conclude that the man who carried out the act of terror on the carriage was the one who left the bag with the explosive device in the Vosstaniya Square station,” it said.

Kyrgyzstan’s State Committee for National Security confirmed his identity. Those officials and Russian authorities did not reveal more information except “that he was a naturalized Russian citizen.” Reuters discovered a little more:

Biographical details pieced together from social media and Russian officials suggested Jalilov was an fairly typical young St Petersburg resident with an interest in Islam as well as pop music and martial arts but no obvious links to militants.

His uncle, Eminzhon Jalilov, told Reuters by telephone that his nephew was a mosque-attending Muslim, but that he was “not a fanatic”.

No terrorist group has taken responsibility for the attack.

Russian President Vladimir Putin was in the city to meet with Belarusian President Alexander Lukashenko, which raised “official concerns that the attack was timed to his stay.” Putin’s spokesman Dmitry Peskov stated that the timing “makes one think, and raises questions.”

Foreign Minister Sergei Lavrov brushed aside any suggestion that tied the attack to “Russia’s military action in Syria.” He called them “cynical and foul.”

Yesterday, political scientist Colin Clarke penned an article at Politico on how Russia has become the top target for radical Islamic groups. But this is not new. Russians have made up the majority of non-Arab members in the Islamic State with at least 3,200 people according to Ilya Rogachev, director of the Russian Foreign Ministry’s Department on New Challenges and Threats:

He said that according to Russia’s evaluations, “the threat emanates from fighters of Russian origin who have been ‘broken in’ in Iraq and Syria.”

“According to data from law-enforcement agencies and intelligence, more than 3,200 have traveled to the conflict zone. In a number of cases the persons indicated, after gaining experience running combat operations and acquiring ties to international terrorist organizations, upon return to Russia join the bandit underground active on the territory of the North Caucasus region.”

Coming to a theater near you.

an interest in Islam … but no obvious links to militants

I think I detect a conceptual disconnect there.

Listening to NPR in the car this morning while in an interminable traffic jam, reporters and hosts twisted themselves into pretzels worthy of a Cirque de Soleil troupe to avoid the blatantly obvious:

This was yet another attack in the name of allah.

Nothing has changed about Islam since Churchill’s description of it in 1899. Mankind will not be safe until this scourge has been wiped clean from the planet.