Up from early reports of 36 ISIS terrorists killed 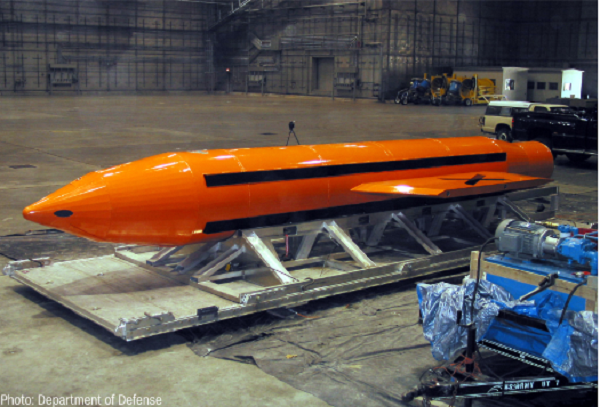 As the dust settles and Afghan officials get a better understanding of the impact of Thursday’s U. S. military dropping the “Mother of all bombs,” the tally of dead ISIS terrorists is revised up from 36 to at least 94.

At least 94 Islamic State fighters were killed when the US military dropped America’s most powerful non-nuclear bomb on ISIS targets in Afghanistan, an Afghan official said Saturday.

“The number of Daesh fighters killed in the US bomb in Achin district jumped to 94, including four commanders,” Nangarhar provincial spokesman Attaullah Khogiani told CNN, using an alternative name for ISIS.

“Our team is in the area and they are doing clearance, so the figure might change as they find more bodies,” said Dawlat Waziri, a spokesman for the Afghan Ministry of Defense.

The initial toll given by Afghan officials for Thursday’s strike was 36. A statement released Friday through ISIS’ media wing, Amaq News Agency, said none of the terror group’s fighters were killed or injured. CNN cannot independently confirm the number of casualties.

ISIS says none of theirs were killed or injured. Somehow that reminds me of Bagdad Bob standing on a roof and telling the world media that our tanks were being destroyed before they got close to Bagdad … while U.S. armor could be seen destroying the Crossed Swords Arch in downtown Bagdad, less than a mile away!

CNN should not be quoted as credible news.