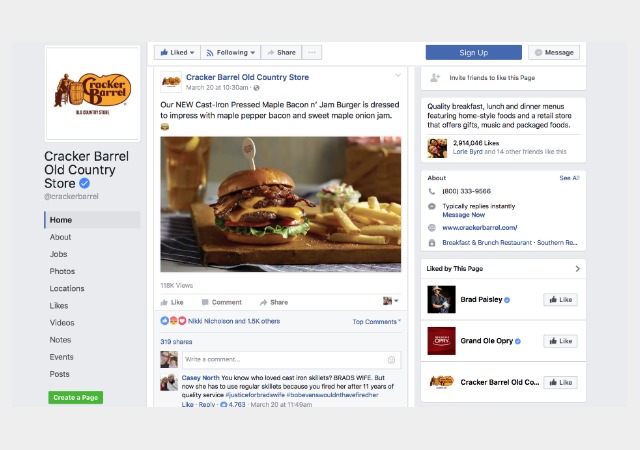 But the scrumptious country store chain also fired Brad’s wife after eleven years of loyal service, and on Brad’s birthday no less…or at least that’s the claim that resulted in the internet takeover of their Facebook page.

As far as I can tell, this is how it began: 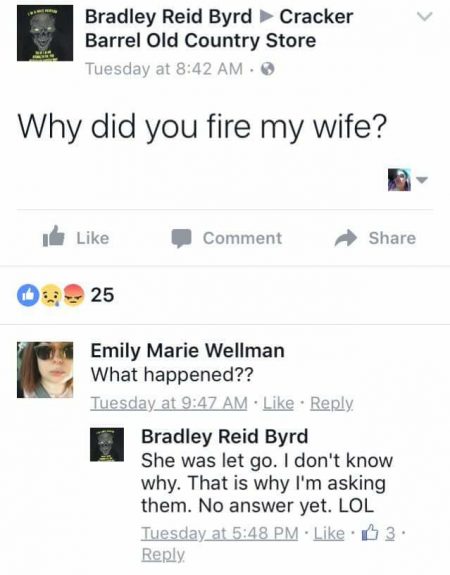 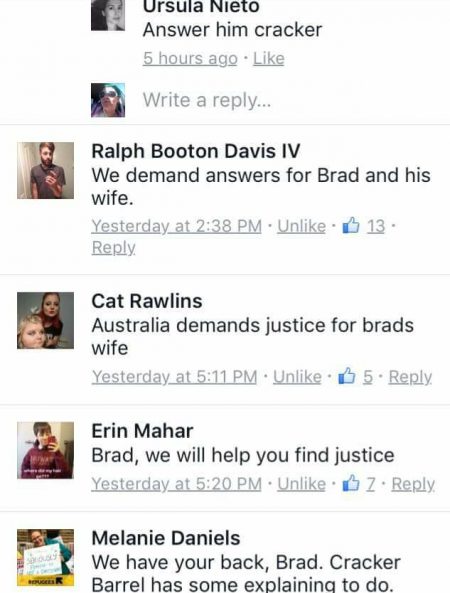 And then it was alllllll downhill from there. 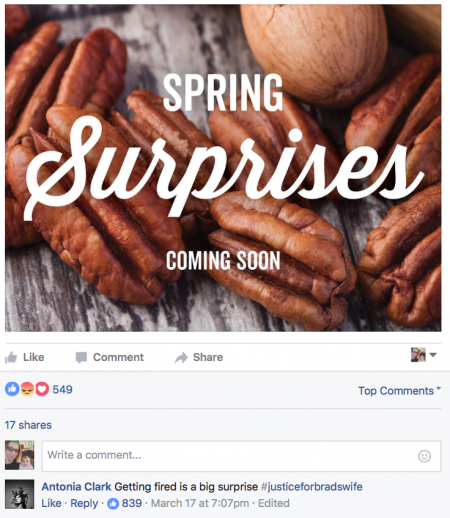 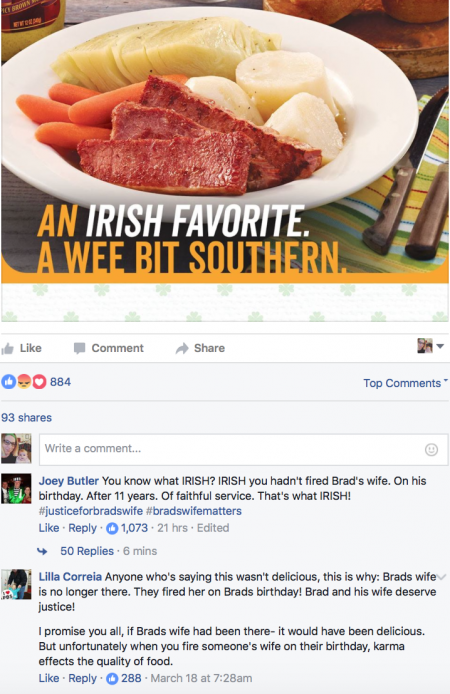 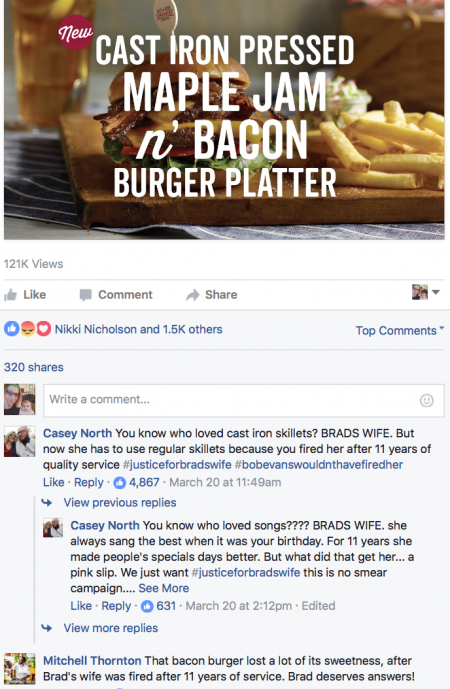 If Cracker Barrel were smart, they’d play along. The silence is an open invitation for more hilarious tomfoolery.

i sense a disturbance in the Farce…

I thought Brad was a car, but she totaled him and the insurance company wouldn’t pay to replace him. Poor Brad!