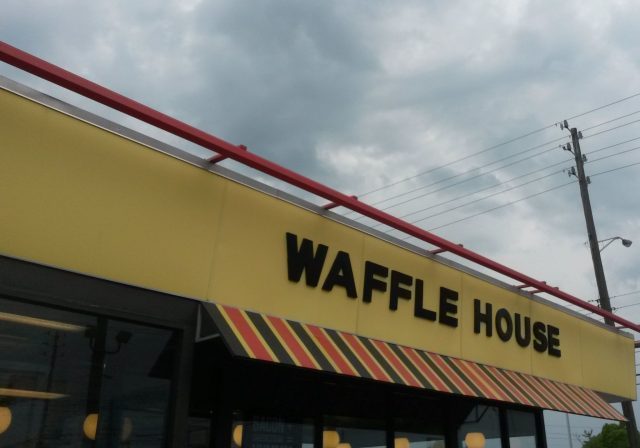 There are many wonderous and amazing things to come out of The South and Waffle House is one of them. Sadly, co-founder Joe Rodgers passed away at the age of 97.

He began with now huge diner chain as a short-order cook in its first location in 1955.

Joe Rogers, who co-founded the Waffle House chain of U.S. roadside diners specializing in Southern-style breakfasts served 24-hours-a-day, has died. He was 97.

He died March 3, according to a statement emailed Monday by the company. No details were provided.

The diners attracted truckers, late-night revelers and Sunday church-goers. They stressed customer service and a simple menu that included eggs, grits and biscuits and gravy, as well as pecan pie and its namesake pastry.

“We serve the basic foods, and the basic foods never change,” Rogers told the Associated Press in 2005. He persuaded a skeptical Forkner to keep Waffle House open 24 hours a day, 365 days a year from the start.

There are two Waffle Houses in the small college town where I went to university. I spent many a late night studying with pancakes and bottomless coffee. Food was always exactly what you’d expect and so was the service. R.I.P. Mr. Rodgers, and thank you for creating such a fine establishment.

I can think of few who fed as many hungry people or brought as many smiles to faces. RIP.

Some of the clientele was a bit dodgy, especially in the wee hours.

But I still loved the place. When I lived in the South, WH was a regular stop. Every single one I went into, I was made welcome like I was family. Most of the customers were friendly and interesting. It’s a very good chain. May they prosper for a long time.

I remember seeing pictures of the devastation of hurricane Katrina in Mobile, AL. Standing above the wreckage was a single sign: Waffle House. I thought, “I remember eating there.”

The thing I most remember about the Waffle House was the 19 year old waitress calling all of old fogies those southern pet names. Last time I had been called “sugar” was when I was six and my grandmother was who said it. No wait, my DI might have called me that in 1966. It didn’t sound as strange when he said it, but he did have an extensive vocabulary.