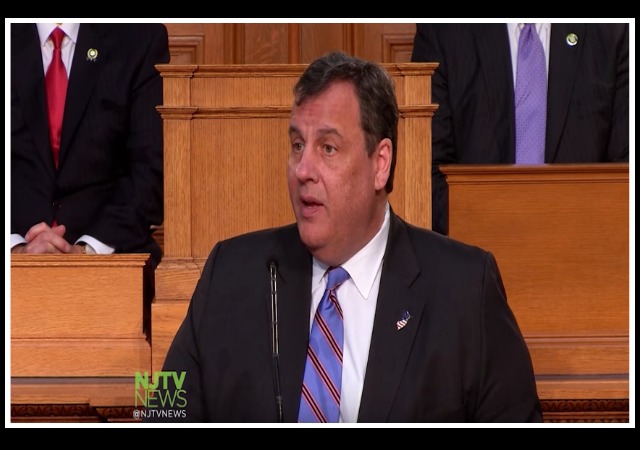 “I am confident Horizon will embrace this opportunity and partner with us to establish this permanent, sustainable fund,” Christie said, prompting laughter from the crowd packed into the State House Assembly chamber. “They will not turn their back on the people of New Jersey who pay their salaries and, as the people’s representatives, we will partner with them to make sure it happens by June 30,” he added.

Horizon has a history of helping the state’s poorest citizens pay for their medical costs. But the company has also “amassed billions in surplus and annual reserves.” Horizon’s reserves are typically saved to help those in need when something unexpected happens:

“Horizon Blue Cross Blue Shield of New Jersey enjoys nonprofit status despite making billions of dollars,” Christie said. “They insure over 55 percent of the health insurance market. … They have over $2.9 billion in surplus on nearly $12 billion a year in revenue. While some would argue for converting Horizon to a for-profit company, which would bring a windfall of billions of dollars to state taxpayers, I am not advocating that move today. Nor am I suggesting that we use Horizon to fill any budget gaps. Our budget is balanced and needs no such one-shot gimmicks to be balanced.

“However, raiding the reserves that protect the families we insure, including our Medicaid members, will only make insurance more expensive and less secure. The claim that Horizon and our policyholders have an ‘abundant surplus’ is just plain wrong — those reserves have only enough to cover 75 days of claims, or just a single day of hospital care for every person Horizon insures. Moreover, the company’s net income was less than 1 percent of revenues in 2016.

“Despite being structured as a not-for-profit, Horizon paid more than half a billion dollars in federal, state and local taxes last year. While other insurance companies have left, Horizon has stayed in the Affordable Care Act marketplace, demonstrating our commitment to New Jersey. Instead of taking our members’ reserves, we should partner to create a permanent and stable source of revenue to help New Jersey’s less fortunate by tackling, once and for all, the $1 billion out-of-network billing abuse and surprise medical billing problem.”

Even Steven Forbes does not think this is a good idea:

“While Governor Christie’s efforts to combat drug addiction has good intentions, his plan to raid the reserves used to protect the health of millions of New Jersey citizens for this purpose is not the right approach. When government steps in to the marketplace in this fashion, as we have seen in New York, higher taxes and increased consumer costs are sure to follow. Opiate abuse is a serious problem in our country and one sensible approach to addressing it is to engage New Jersey’s pharmaceutical companies. There are also many charitable organizations working to combat drug abuse that can engage. However, imposing a permanent tax increase on the back of New Jersey residents and patients is not only fiscally reckless, but sets an awful budget precedent.”

In his speech, Christie also promised to increase spending by 52% for addiction services, adding $430 million to the budget:

Christie also included $30 million in new funding — $20 million of it from federal sources — to expand graduate medical school programs, something that has long been a priority for healthcare providers concerned about a shortage of physicians in New Jersey. But he trimmed $50 million, a split of state and federal funds, from the state’s Charity Care program, an account that is used to help hospitals cover the cost of treating those without insurance; this comes on top of a $150 million reduction in this account this current year.

But hospitals have fear that the decrease in Charity Care funding will leave them without funds. Trump and the GOP Congress want to repeal and replace the law, but no one knows exactly how it will happen.

Betsy Ryan, president and CEO of the New Jersey Hospital Association, criticized the cuts, insisting the state “needs to keep this vital safety net program – and those federal dollars – intact as we wait to see what Congress and President Trump have planned for the future of health insurance coverage.”

Christie supports repealing and replacing Obamacare, but hopes the Republicans in D.C. will protect “those covered by the Medicaid expansion.”

The news comes a few weeks after Christie went to the White House and dined with President Donald Trump. The two spoke about the opiate epidemic, which caused speculation that Trump may pick Christie to lead the Office of National Drug Control Policy. Christie’s term as Governor ends in January 2018.

Every time this guy pops up in the news, I am utterly baffled.

Gov. Christie, there’s a *reason* why we have reserves. If we did not, we’d be morally bankrupt just like the New Jersey government, only without the ability to hold people at gunpoint to extract money out of them.

Prevention is almost always less expensive than treatment, especially given the dismal long-term success of treatment for opiate abuse. Perhaps there might more productive places to look, if one is concerned about the explosion of opiate addiction (in New Jersey and elsewhere in the USA)?

Something actually seems to be working satisfactorily, so it’s time to bleed it by making it send money down a rathole.

What a guy! Wanting to spend other peoples money. He might as well come out of the democrat closet.

They’re coming for your pensions too, people.

Why doesn’t he just ask them for a dozen donuts and be done with it.

Well, He’s always been a moderate dem who was to lazy to face off with all the other dems in a primary. Not sure where he’s gotten his stats on then number addicted. It seems as if he needed something to talk about other than bridgegate.