This year, we honor the American Space Program. 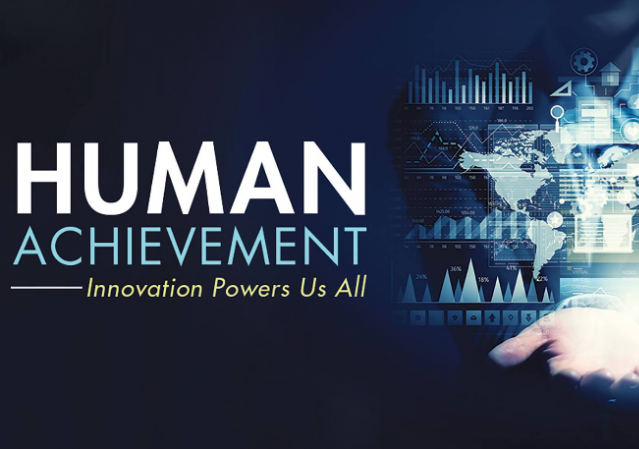 Earth Hour is being touted as the world’s largest grass roots movement for the environment.

More importantly, it is also time for the very successful counter-event: Human Achievement Hour. Independent-minded lovers of innovation, people, and capitalism have organized to take part in the Competitive Enterprise Institute’s annual celebration of progress and really making a difference.

So, during Earth Hour, CEI is encouraging supporters to:

Use the hashtag #HAH2017 to tweet examples and photos to @ceidotorg. Join the Facebook event today here.

* Use your phone or computer to connect with friends and family
* Watch a movie or your favorite television show
* Drink a beer or cocktail
* Drive a car or take a ride-sharing service
* Take a hot shower
* Or, in true CEI fashion, celebrate reliable electricity that has saved lives, by bringing heat and air conditioning to people around the world, and keep your lights on for an hour.

If there was only a way to do all of these at the same time!

As has become my tradition, I would like to feature a politically incorrect human achievement that should be acclaimed. This year, I plan to raise a glass of Trump wine and toast the penultimate human endeavor…the American space program.

This focus is especially timely, as President Trump just signed a budget for the National Aeronautics and Space Administration (NASA) that eliminates many inane Obama programs.

…Under the new budget, NASA plans to accelerate plans to put U.S. astronauts to lunar orbit in 2019 and send a manned mission to Mars in 16 years. Trump previously requested NASA plan to return U.S. astronauts to the moon potentially by 2020 and go on to Mars soon after, according to leaked internal documents. The budget provides $3.7 billion for the development of the Space Launch System Mars rocket and capsule.

This directly contrasts with Obama’s NASA budgets, which repeatedly tried to slash space exploration funding and redirect it to environmental research. Obama increased NASA’s budget for environmental programs by 63 percent at the expense of its exploration budget.

The bill, entitled the NASA Transition Authorization Act of 2017, was co-authored by Sen. Ted Cruz and Sen. Marco Rubio, both of whom were in attendance for the signing. Trump indicated that money will also be used to fund joint missions with companies in the private sector, such as SpaceX.

“For almost six decades NASA’s work has inspired millions and millions of Americans to imagine distant worlds and a better future right here on Earth,” Trump explained during the signing, which was attended by astronauts, lawmakers and scientists.

“With this legislation, we support NASA’s scientists, engineers, astronauts and their pursuit of discovery,” he said. “It’s been a long time since a bill like this has been signed reaffirming our national commitment to the core mission of NASA, human space exploration, space science and technology.”

My son wants to be a real rocket scientist. He actually studies calculus for fun!

With the mission of NASA being redirected away from climate change and Muslim outreach, he may have wonderful career opportunities ahead thanks to Trump making our space program great again.

This is something I will truly celebrate.

Better a snowflake – a unique individual; than a bigot or reactionary. What exactly did Trump ever innovate? There were grifters and hucksters long before he came along. Besides didn’t he cut the science budget for a lot more than climate study? Gore did not invent it, but he did recognize it, promote it and get it funded. Where would you be without it?

The roster of liberal capitalists is quite long. I know you guys hate Soros, but last I checked he was a card carrying, bona fide capitalist. As are Gates and Buffet.

Little innovation comes from ‘faith, revelation and authority’ Priests argued over how many angels could dance on the head of a pin. One priest claimed to have calculated the exact day of ‘creation’ by studying the bible. Meanwhile, there were snowflakes like Copernicus, Kepler and Galileo who established that the earth was not the center of the universe. Does anyone doubt that Galileo was a snowflake?

Innovation comes from open-minded people without prejudice or fixed ideas. This article is a celebration of the opposite. Who knows what additional wonders Alan Turing had to offer if the bigots had left him alone.

Celebrate your ignorance and hatred. Write articles like this to make yourself feel better and to justify what can’t be justified. This website is synonymous with collectivism. Oh, you argue among yourselves about just how man angels can dance on the head of a pin. But none of you doubts that angels do dance on the heads of pins. Just how tall was the Tower of Babel. Is Trump Tower taller? Do you think Trump Tower reaches to heaven? Certainly the builders in Babel didn’t have the ability to build anything as grand as Trump Tower; yet god destroyed it for impinging on his space. Did he move it?

Now, go ahead and delete my comment because you can’t even stand to be criticized. Boy, that is a recipe for innovation. You got your man. Now watch as he fails bigly and brings down the rest of us.

By all means, don’t even measure or observe anything related to climate science. That will mean it isn’t true. Boy, that works well. Ostriches don’t really hide their heads in the sand. But this website does.

I am sure you have think tanks, apologists, sophists, and spinners who claim all that is good for conservatism. That is innovation of a sort – like a mockingbird or a cowbird.

A little bitter, aren’t you, dearie? I will have to add you in to my list of prayers for tomorrow’s Mass.

Bitter? No. Angry, yes. When you start with name calling (snowflakes), you discredit your argument. You pray to whatever imaginary being you wish. Just don’t make policy based on what you think you heard. It turns out that god seems to speak to each of you differently – hence the farce of the AHCA. I predict that ‘tax reform’ will go the same way.

BTW, do you think the prominent scientists with long series of letters after their names; who developed and advanced the theory of climate change (Frank Luntz’s term), didn’t love calculus, statistics, physics, chemistry, mathematical modeling, probability and other hard science? Do you think they didn’t augment their studies, starting from a young age; that the didn’t choose their profession based on that love. Do you question their motives based on your political opinions?

Perhaps I should be bitter based on the damage that has been done by politicizing science. Don’t dare claim their opinions are influenced by peer pressure or funding. You can be more popular being a contrarian and hanging out with the ignorant. You can get more funding from foundations set up to push an agenda and come to conclusions predetermined by conservative donors.

BTW, the true story of how NASA became a ‘can don’t’ organization is bi-partisan and sad. But, as I already said, refusing to study something doesn’t make it go away. There should be enough money to do what you wish and what needs to be done. But not if you are determined to cut the budget and to stonewall. At the very least, don’t you want to know if and why the ice caps are melting? There is virtually no one who doubts that. All of the commercial interests planning for a North West Passage believe that. The Russians are already pioneering a North East Passage.

“My son wants to be a real rocket scientist. He actually studies calculus for fun!” Good for him. Do you really want to claim that there are no liberals who studied calculus?

Personally, I went to an engineering college. While I switched to Computer Science, I studied 3 years of advanced mathematics along the way. I failed to notice that the majority of the faculty and students in engineering, mathematics and computer science would agree with you. In fact, some of the flakeyist were also among the most creative and innovative.

I believe Albert Einstein was a pacifist. He did recommend that we pursue the Bomb. But that just means that he was flexible and capable of examining a situation free of prejudice and fixed ideas.

Robert Oppenheimer was no conservative. I’ll bet he studied calculus for fun, too. Let’s us know when your son reaches the lofty height of either one of them.

Leslie, I don’t know what fragrance you are wearing, but it attracts crazies. Hit the shower!

The only things I can ‘smell’ over the internet is ignorance, obtuseness and partisanship.

Perhaps I was one of those affected by technical problems on this site. I had a number of my posts deleted. At the time, it seemed intentional. In one case, someone responded to one and I received a notification by email. When I went back, my post and the response were gone. Then all my posts started disappearing. If it was a glitch, then I jumped to at least one wrong conclusion. As a contrarian, who has been called a snowflake on this site, perhaps I assumed a motive that didn’t exist. That is a lesson we all need to learn about assuming political motivations.

The 2nd was a mea culpa, but I also tried to point out that we are all capable of that. Thanks for missing the point and in the process reinforcing the 1st point.

Back to NASA. Alan Shepard was a Naval Aviator and we all know how crazy they are, but to be the first man to ride that Gemini capsule…well, that is on out there. The technology of that time looks very primitive now. The wiring connectors were crimp on and the whole think looks like someone’s home project. In spite of that, all of the astronauts wanted to be first. Those were magical days.