In response to Trump’s policies, Bishop McElroy says, “We must all become disrupters.” 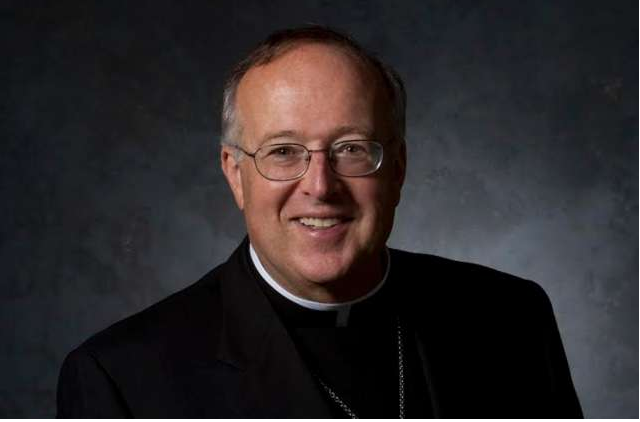 I noted that after Meryl Steep hectored the audience at the Golden Globes, her last name became a verb to describe a prominent person using a non-political platform to make a political statement demeaning a portion of their audience in a quest for social justice credentials.

Entertainers aren’t the only ones who can “streep”, either. At a recent conference in Modesto, CA comprised of nearly 700 community organizers and social justice activists, the Bishop of San Diego, Robert McElroy, recently encouraged “disruption” in response to President Trump’s immigration and economic policies.

“President Trump was the candidate of disruption. He was the disrupter, he said,” McElroy told those gathered here Saturday morning for the U.S. regional meeting of the World Meeting of Popular Movements. “Well now, we must all become disrupters.”

The are so many flaws in the approach McElroy used, that I hardly know where to begin. But, I would like to start by reminding the Bishop that a majority his fellow Catholics voted for President Trump (in part, because of the very economic and immigration policies McElroy wants disrupted).

I don’t expect every priest, deacon and nun to vote the same way I do. However, there are much better and unifying ways to assist immigrants and the economically struggling than by becoming a priestly-collared member of #TheResistance.

The Diocese of San Diego is beginning to receive complaints. I personally have made one via email, and have provided the email contact to serveral area Catholics upon request. I plan send the diocese more formal letter.

One of the most troubling aspects of the McElroy Doctrine is his disdain for free markets, capitalism, and business in general. At last month’s Institute for Policy Research & Catholic Studies conference on erroneous autonomy, he warned of “the growing imperialism of market mechanisms,” the technocratic paradigm, and populist nationalism (video is HERE for those interested).

Futhermore, McElroy literally has taken a page from Pope Francis.

Bishop McElroy cited Pope Francis’ 2013 apostolic exhortation Evangelii gaudium and its description of an economy that excludes some people from meaningful participation in social, political, and economic life.

The bishop said that statements like “this economy kills” are not simply exaggerations. He suggested many people have known someone the economy has killed: a senior citizen who can’t afford medicine or rent; a mother or father who is working two or three jobs and is “really dying because even then they can’t provide for their kids;” and young people who turn to drugs, gangs, or suicide because they cannot find a job.

“Now mourn them,” he said. “And now call out their name; let all the world know that this economy kills.”

McElroy is about to get a valuable, free market lesson in discretion. The annual fund drive for the diocese is now occurring, and I have decided I do not want to support the Bishop’s efforts to undermine the President for whom I voted. These monies will now be used to directly support military charities.

I suspect I will not be the only one.

However, I will pray that McElroy has fewer opportunities to streep Catholics in the future.

Let’s change the subject for a moment, Bishop. Have you cleaned out all the child rapist from your gaggle of priests?

Shall I enlist cohorts to disrupt your institutions over the disgusting depravity that the church has allowed to exist.

Due to a historical—albeit arguably idiosyncratic—reading of the First Amendment, religion isn’t taxed.

But political activity is.

I wonder if someone has a financial surprise coming his way.

Not even a little curious about emigration reform?

Also, the clear and progressive conflict of interest between anti-native factions and Pro-Choice/abortion.

He knows conservatives will never disrupt his church services but he thinks it is necessary to disrupt political meetings. How about some mutual respect?

Think any church should remain exempt from taxation if this sort of stuff from clergy continues?

Yes, they should remain tax exempt. The only reason Preachers cannot endorse political candidates from the pulpit is the Johnson Amendment (IIRC) which was frankly, IMHO, a very unconstitutional law. This was passed so conservative preachers in Texas had less power to oppose Senator Johnson.

Only reason to withdraw tax exempt status from a church is if they are a commercial enterprise pretending to be a church.

Tax exemption for churches is just a real-estate scam. I have known “churches” that buy up huge plots of land in the path of progress, build a tiny “church” on it that has no members, sit on the land for ten or twenty years while paying zero property taxes, then sell the land for a massive profit – all tax free.

Is he completely cynical, or could this guy actually believe his own nonsense?

The Gospel of St. Matthew 7:

15 “Watch out for false prophets. They come to you in sheep’s clothing, but inwardly they are ferocious wolves. 16 By their fruit you will recognize them. Do people pick grapes from thornbushes, or figs from thistles? 17 Likewise, every good tree bears good fruit, but a bad tree bears bad fruit. 18 A good tree cannot bear bad fruit, and a bad tree cannot bear good fruit. 19 Every tree that does not bear good fruit is cut down and thrown into the fire. 20 Thus, by their fruit you will recognize them.

True and False Disciples
21 “Not everyone who says to me, ‘Lord, Lord,’ will enter the kingdom of heaven, but only the one who does the will of my Father who is in heaven. 22 Many will say to me on that day, ‘Lord, Lord, did we not prophesy in your name and in your name drive out demons and in your name perform many miracles?’ 23 Then I will tell them plainly, ‘I never knew you. Away from me, you evildoers!’

Teach Jesus, not Marx, and stop fucking altreboys and you will be on better grounds.

So the people who downvoted think the Catholic church should teach Marx over Jesus and screw little boys? Have the guts to write a response. The whole problem with this church is that they have allowed the Papacy to go left and refuse to deal with their pedophilia problem.

When I was 12 a Catholic priest tried to play sexual games with me. When I told my father about it, the priest was simply transferred to another parish. Screw you enablers.

I really do not want to know what happened to you, but when I was twelve and an alter boy, I never found myself alone with a priest so he could play games with me. Also, I probably would not have said anything to my father if some loser priest tried something on me. I would have felt it was my problem to deal with, just like bullies that I have to deal with at that age.

My friends looked out for me and I looked out for them. We figured things out and we all new who the strange guy was in the neighborhood and avoid him.

Your problem may be real or jut a troll. Who knows, but it is not a Catholic Church issue, it is a person issue, just like the problems we have in schools, work places and family members.

Sex abuse problems go deep in to the culture. IMO, Hollywood, Madison Ave, and the media are more to blame than the church. When Madison Ave makes children sex objects (ie Abercrombie & Fitch) and movies like Lolitia, it feeds the perverse culture to appear normalized.

Yea, be mad at the Catholic Church, but I bet it has to do more with what you want to do instead of what the church did to you. I understand that. I also understand that some of you may have a beef with some rouge priests and how the church handled it. I just ask you to think about how deep the problem really is since it really extends to the high schools, colleges, work places and family homes.

Child sexual abuse is not rare. Retrospective research indicates that
as many as 1 out of 4 girls
and 1 out of 6 boys will experience some form of sexual abuse before the age of 18
.

However,
because child sexual abuse is by its very nature secretive, many of these cases are never reported.

The Wall Street Journal ran an interesting story about how fake abuse charges were made against the church to collect money. I have no problem understand that there are priest out there that are a problem. Same with Uncles, teachers, doctors,….replace the name.

Children are most often sexually abused by someone they know and trust
. Approximately
three quarters of reported cases of child sexual abuse are committed by family members or other
individuals who are considered part of the victim’s “circle of trust.”

Evil is around us and the best thing we can do is teach our children how to avoid it and deal with it when confronted with it.

I pray for you all that understand this and understand where the real problem is. I also pray for those who blame the church that they someday will understand the real evil in this world and help to fight it.

At what point does it become necessary to treat these assholes to the thrashing they’re asking for?

In my experience, every time the priest starts talking politics, the parishioners tune out.

All my in-laws are Catholic. From what I see on my facebook page, he’s out of touch with his parishoners.

Fauxcahontas with a Nehru shirt.

Anyone remember how Meryl Streep devastated the apple industry in 1989? Many small apple farmers were bankrupted by her screeching “What are we doing to the children!?!”

the catholic church is no longer the church of GOD, it is the church of man. they converted the ten commandments to the ten suggestions, sort of like the progressives did with the constitution.

I disagree. At least where I attend it still about God and Jesus. Our priest actually said that he cancelled his subscription to the Washington Post. This guy is a joke, just like the nut nuns that support Code Pink. In all my years in association with the Catholic church, I have only know of one instance of a priest that had a sexual problems. On the other hand, I can count on high school teachers on both hands that were having inappropriate behavior with high school kids. In many cases the out rage on the Catholic Church is misplaced and should be on our school system.

Bottom line, the ten commandments are still the Ten Commandments in my church so you do not know what you are talking about. I recommend that you look at Justice Scalia’s son for example.

“the Bishop of San Diego.” Such a grand title for a guy living on charity. But I understand why McElroy likes those illegals. They help fill the collection baskets on Sundays.

and pope Francis is a communist, plain & simple.

I never said all priest were like this bishop or some of the church’s hierarchy, they will be outliers all around.

This is the problem I have with the social justice program. It becomes Democrat. Let us motivate each individual to act with justice and politics will take care of it self. Get together with politicians and you become a politician and we all know what kind of a Christian a politician makes.