The senators have not made any decision on Puzder before his confirmation hearing. 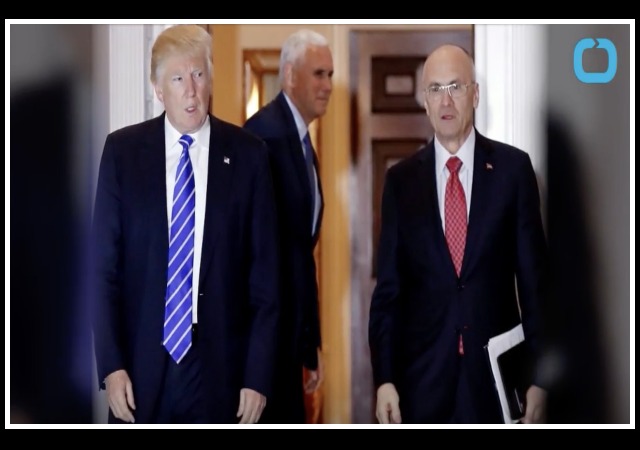 I came across this CNN article that Labor Secretary nominee Andrew Puzder faced many hurdles before his Thursday confirmation hearing because four GOP senators decided to withhold their support. The fast food executive will face the Senate Health, Education, Labor, and Pensions Committee on Thursday.

Reading through the article, I saw that CNN only cited Sen. Collins. So I decided to actually do some journalism and reach out to the offices for confirmation on the material provided by the sources.

All four offices neither confirmed or denied the senators planned to withhold support. It’s huge if they do because Puzder needs the four senators to make it out of the confirmation hearing.

In fact, the four senators have not made any decision concerning Puzder. All want to wait until after the confirmation hearing. This is what I found out after sending an email to each press secretary:

Sen. Scott wants to wait until after Puzder tells the committee how he plans to lead the Labor Department.

Sen. Isakson will not make a decision until after the hearing, which is his policy for every Cabinet nominee.

Sen. Murkowski has not weighed in at all on Puzder. She wants to know more about him leading up to and during the hearing.

Sen. Collins stated that she also has not reached a decision. The only time she won’t do that is if she knows the nominee well enough. She’s spoken with Puzder twice. She acknowledged there are many questions, but hopes they will get to the bottom of them at the hearing.

It’s no wonder people do not trust the mainstream media. I’m pretty sure senators want to keep an open mind about a Cabinet nominee, especially before the confirmation hearing.

I hate using anonymous sources. This little blogger out in Oklahoma City managed to find out more information than those with easy access on the Hill. I know the answers provided by the offices is not as sexy or juicy as the information provided by the anonymous sources, but the media still owes it to their readers and viewers to give as much information as possible. You can report what sources tell you, but at least reach out to the offices. Report both.

So before people get all worried or anxious about this Cabinet nominee, please realize that nothing is guaranteed. I know the media thrives on drama, especially with this administration. But calm down.

Puzder has remained one of the more contested nominees for Trump’s Cabinet. The committee kept rescheduling his confirmation “because he hadn’t yet submitted ethics and financial paperwork required from Cabinet nominees.”

The Democrats have criticized Puzder on his opposition against the minimum wage. The criticism spiked after a report showed that he “also once employed an undocumented immigrant to be a housekeeper.” Puzder said he did not know her status when she was hired, but terminated her services once it came to light.

Because doing some of that journalism sh1t would mean CNN wouldn’t have much of a story to run! It really is a sad, SAD day when the media doesn’t do that media sh1t any more and instead its left up to bloggers to dig for the truth (the real truth, not the medias alt truth!).

Why do journalism when reading the daily ratbag talking points is so much quicker.

CNN must have decided to go head to head with MSNBC and compete for exactly the same viewers. Never mind whether it is working, or not. But at least some of their bias is up front and on display like this: https://twitter.com/KrisKobach1787/status/831207220599746561

I wondered at this story, too. Murkowski and Collins wouldn’t have surprised me, but I have a great deal of respect for both Scott and Isakson, and am sure that they wouldn’t move to block an appointee unless there was something very seriously wrong here.

Having said that, I do think that Puzder is one of the weaker appointments. (not everyone can get an “A”) He doesn’t strike as someone with a very strong ideological foundation; rather he seems to fit into the mold of the crony capitalist who happens to be good friends with the Prez. Now he may end up doing a fine job, but I also think that he is easily replaceable if necessary.

He is against the minimum wage which means he is intelligent.

To be fair, that only requires a two digit IQ.

Which is not an assessment of his IQ.

They are just trying to create momentum after the Flynn resignation. Just what they need to declare that the Trump Presidency is falling apart.