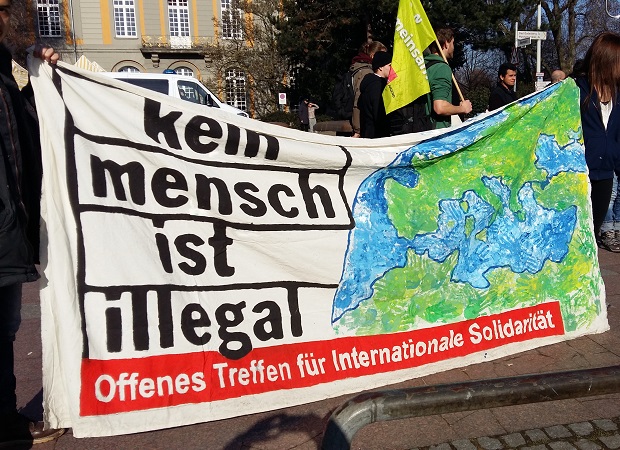 The Chief of European border agency Frontex has accused non-government organisations (NGOs) of encouraging migrant traffickers. The ‘rescue operations’ by European NGOs off the North African coast are putting lives at risk, as they encourage traffickers to “put even more migrants onto unseaworthy boats with little water and fuel”, Frontex Chief Fabrice Leggeri told the German newspaper DIE WELT.

With East European countries like Hungary and Croatia closing the Balkan route — the main passage for migrant influx into Germany and Central Europe — by securing their borders, traffickers are increasingly turning to North African country of Libya as bridgehead for crossing into Europe.

North Africa-based smuggling rings are making billions each year through migrant trafficking into Europe. Islamic terrorist groups such as ISIS and Hamas are known to be profiting off this multi-billion industry.

Last year some 180,000 migrants crossed the Mediterranean to get into Europe. European NGOs have carried out 40 percent of all rescue operations at sea. These NGOs have often been accused colluding with criminal networks and traffickers involved in the business of smuggling illegal migrants into Europe.

Excerpts from Frontex Chief Leggeri’s interview given to the German newspaper DIE WELT:

“It is always difficult to make predictions. So far this year, despite bad weather more than 4,500 migrants (Author’s note: These are UN figures of registered migrants, actual crossings estimated to be much higher) crossed [the Mediterranean] to land in Italy. In 2016, the number of irregular migrants coming from Libya has gone up by 20 percent. Besides that, many people from West Africa are travelling to the Libyan coast. We must be ready to stand under great pressure this year. It is safe to expect that more [migrants] would be arriving in 2017 than in the previous year. “[…]

“Everyone has the duty to help people who are in need. That is what Frontex stands for. However, we must avoid supporting the business of criminal networks and migrant traffickers by picking up migrants ever closer to the Libyan coast. This encourages traffickers to put even more migrants on to unseaworthy boats with little water and fuel.” […]

“40 percent of all recent rescue operations [at sea] were carried out by non-government organisations. This makes it difficult for European security agencies to find out more about the network of traffickers and to start police investigations by interviewing the migrants. This doesn’t work if NGOs do not cooperate properly with security agencies.” [Author’s translation]

In November 2016, Frontex issued a report raising serious concerns about the ‘interaction of charities and people smugglers’ operating in the Mediterranean. According to Frontex report, migrant traffickers were being given “clear indications before departure on the precise direction to be followed in order to reach the NGOs’ boats”. Frontex cited a case in which “criminal networks were smuggling migrants directly on an NGO vessel”. Furthermore, NGO boats were often “not willing to cooperate with debriefing experts”.

European NGOs and activists do not see themselves as selfless helpers in the wake of the Migrant Crisis, but as defenders for open borders policy. In an overriding desire to change the demographics of Europe, they are willing to strike a Faustian bargain with criminals and human traffickers. They carry the blame for more than 5,000 lives were lost at sea last year alone.

Since the deaths create wonderful human interest stories to use to attack the “cruelty” of attempts to control Europe’s borders, why shouldn’t the NGOs do things that make more dead children?

The big weakness that Pallywood had was that even the Palestinians were reluctant to murder their own children in cold blood to stage a story. The NGOs, having a more advanced attitude, have no problem risking other people’s children and using the inevitable deaths to promote their agenda.

Long, long overdue is government regulation of NGO activities. This should not subtract from the good work that many of these exempt organizations perform. But others, like the Soros’ various Open Society groups, are in fact political and not humanitarian operations.

No big deal to fascists.