Dogs and Puppies Left Behind at Dakota Pipeline Protest Site

Dogs and Puppies Left Behind at Dakota Pipeline Protest Site 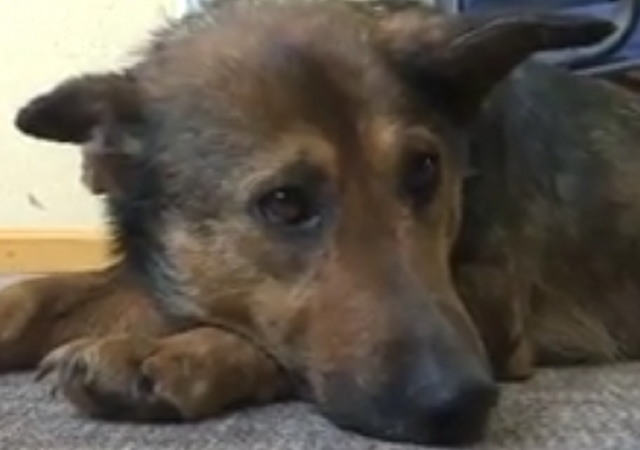 In a recent post, we highlighted the mountains of garbage left behind by pro-environment protesters of the Dakota Pipeline. Now there’s a new development in the story which is more upsetting.

Dogs and puppies have been abandoned at the site.

It was a hectic week as law enforcement officials worked to clear the Oceti Sakowin protest camp in North Dakota. As officers moved in, and protesters moved out, garbage wasn’t the only thing abandoned.

Two dogs and six puppies were found and rescued at the main Dakota Access Pipeline camp by Furry Friends Rockin’ Rescue. Those with the rescue have been working hard to catch all of the animals left behind at the camp — and they’re not giving up on these abandoned pets.

“Extremely sad — being these guys were left behind. But we offer, Furry Friends offers hope. I mean, there’s so much hope within Furry Friends as far as these puppies finding homes,” said Tiffany Hardy.

Those with Furry Friends Rockin’ Rescue plan on going back to the protest camps, where they said they’re having a hard time catching these animals because of the loud heavy machinery that’s being used to clean up the area.

The Daily Signal tweeted out the video below:

Crews clearing trash left behind by environmentalists protesting #DAPL were horrified to find puppies and dogs abandoned by protesters. pic.twitter.com/8hJ850NBHH

Hat tip to John Sexton of Hot Air who adds:

There’s something wrong with people who say they want to save the world but can’t manage to take care of their own pets.

As a dog owner myself, I just don’t know how someone could have abandoned any of these animals. It breaks my heart and makes me angry at the same time.

Featured image is a screen cap of FOX 6 video.

So how do they know they were abandoned by their owners? Some may be runaways. And strays would be attracted by the trash.

Should be some rats in there, too.

No, most of the rats have already left.

Tom, take a deep breath and think a minute.

1- This is North Dakota in January/February. That statement equals very harsh survival for anything mammal, just a fact.
2- The adult dogs could have been brought in, strayed in, abandoned by city people. How they got there is not the issue. They were there and surviving, either scavenging or with care.
3- Hypocritical, righteous humans created this entire mess to protest human actions they consider unsupportable.

These dogs are the poster images of the Professional Protest collateral damage.

I look forward to a cultural shift that will hold Professional Protesting accountable for collateral damage.

I won’t hold my breath.

Didn’t I just see this commercial on cable yesterday?

Hapless animals left by those who claim to speak for humanity and freedoms for all. They’re just another group-think mob of SJW’s who “talk the talk” yet fail to “walk the walk”. Their actions in N. Dakota are as a nomad tribe of SJW’s with an agenda to take over and obtain a soap box for any political issue. The same SJW’s who took over cities as the 1%’s and then left their crap and I mean crap, in the parks and streets while they depict law enforcement as “Pigs”. They got their “GoFundMe” bucks and are now looking for another “injustice” to protest to maintain their life style while they leave their mess behind for those who are the true caretakers to clean up.

These people are bums, plain and simple. If they weren’t paid to protest or if they didn’t collect public benefits, they’d have to work.

When I was a kid, we would go visit my grandparents’ farm, and there was often a new dog and a slew of cats at the place. People would drive out into the country and turn their family pets loose, to starve or be killed by coyotes. Finding a body, or parts of one, was a normal happenstance.

This is no different.

I’m out in the country on a little traveled road not far from a 4-lane highway.

Aside from dumped 3 kittehs, I’ve got a 5 pound Yorkie that someone dumped with a couple of boxes of trash.

Luckily my boxer/mutt found him in the weeds. Cold rainy morning.

Little guy was not a happy camper. Spoiled rotten now, though.

Coyotes are thick around here too.

I see and hear them in the woods across the field from me.

Abandoned dogs and puppies, eh? I can’t recall – does it get cold in North Dakota in February?

Selfish pricks ought to be prosecuted for cruelty to animals.

The left is only about power and control.

Why people are still shocked at the left’s immorality and ever-uncaring actions shocks me.

always ‘more for me, not for thee’ (ref: Bill and Hillary Clinton)