Aetna CEO: Obamacare “is in a Death Spiral”

Aetna CEO: Obamacare “is in a Death Spiral”

“It’s not going to get any better; it’s getting worse.” 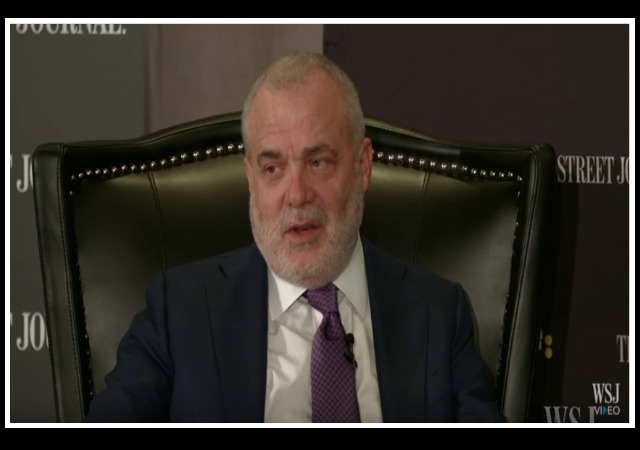 Aetna CEO Mark Bertolini continues his criticism of Obamacare as more health insurance agencies quit Obamacare or decide to scale back even more. The law has caused premiums to climb while healthy individuals opt out of the program altogether.

Because of this, Bertolini claims that Obamacare “is in a death spiral.”

Bertolini made these comments at a Wall Street Journal event:

“It’s not going to get any better; it’s getting worse,” Bertolini said at a Wall Street Journal event.

Humana cited an unbalanced risk pool as its reason for the departure, meaning the company didn’t have enough healthy people enrolled in coverage to balance out its sick customers.

“That logic shows just how much the risk pools are deteriorating in the ACA,” Bertolini said.

He added: “I think you will see a lot more withdrawals this year. … There isn’t enough money in the ACA as structured, even with the fees and taxes, to support the population that needs to be served.”

Bertolini did not say if Aetna will “participate in the exchanges in 2018.” But in 2016, the company did scale back “its own participation in Obamacare.” Aetna lost $450 million on Obamacare sales.

There are a few people who dispute Bertolini’s claims. Cynthia Cox at the Kaiser Family Foundation claimed “that in a true death spiral, the people buying insurance on the exchanges should be a progressively sicker group of people each year.” She has not found anything to indicate “that the pool of people is getting sicker.”

A federal judge recently struck down a merger between Aetna and Humana. The latter has decided to leave “the law’s public insurance exchanges for next year as it regroups.”

On Wednesday, President Donald Trump made a few decisions to help “stabilize” the marketplace while the GOP works on ways to repeal and replace Obamacare:

For consumers, the proposed rules mean tighter scrutiny of anyone trying to sign up for coverage outside of open enrollment by claiming a “special enrollment period” due to a change in life circumstances such as the birth of a child, marriage, or the loss of job-based insurance. Also, sign-up season will be 45 days, down from the current three months.

Aetna is considering reducing its presence in the markets set up by ObamaCare, Bloomberg reported. The insurer already reduced its footprint in four states after losing $450 million last year.

Insurers also would gain more flexibility to design low-cost coverage tailored to younger people. In another move aimed at consumers who move in and out of coverage, insurers would be able to collect back premiums from customers who had stopped paying, then tried to sign up again for another year.

Separately, the IRS is backing off from a tighter approach to enforcement that was in the works for this tax-filing season.

How about a one line bill that kills the whole 2700 pages of Obamacare… easy peasy.

notamemberofanyorganizedpolicital in reply to Kaffa. | February 16, 2017 at 5:04 pm

Along with that, shouldn’t we remind everyone that
it was these same insurance companies that WROTE all of Obamacare in the first place?

That’s my understanding of how Obamacare got written.

LibraryGryffon in reply to notamemberofanyorganizedpolicital. | February 16, 2017 at 6:16 pm

Could be. I seem to recall a lot of placeholders of the “The Secretary shall determine….” variety. Lord only knows who actually wrote the stuff that wasn’t decided on until after it was passed.

So just write the line to say: “The Affordable Care Act, and all regulations promulgated thereunder, are hereby repealed, in the entirety, effective immediately.”

notamemberofanyorganizedpolicital in reply to gonzotx. | February 16, 2017 at 8:56 pm

That is what I recalled from following this on web sites back in 2009.

Insurers make money from administering Medicare. Obama threatened their Medicare business if they did not support Obamacare… eyewitness report.

notamemberofanyorganizedpolicital in reply to Kaffa. | February 16, 2017 at 8:57 pm

Obamacare was always in a death spiral, but this clown was late to notice.