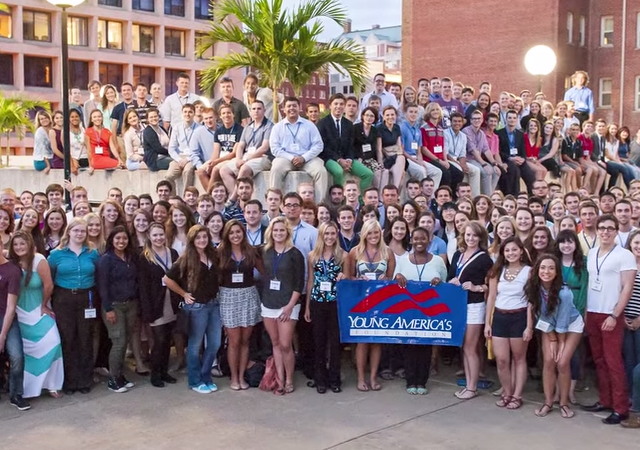 This would be the same UW Madison which is currently offering a program about the problem of whiteness.

Young Americans for Freedom is a conservative student organization that aims to promote free market economics and Reaganesque principles.

The petition was launched about a month after YAF hosted conservative columnist Ben Shapiro on campus to speak about microaggressions, safe spaces and free speech. The petition decried Shapiro’s visit, claiming it made minority students feel unsafe, and accused Shapiro of denying “systematic and institutional violences” against so-called marginalized communities.

The petition also claimed “members of YAF have further contributed to making campus a hostile environment by attempting to out and misgender LGBTQIA+ students as well as have individually confronted and made unsafe prominent members of student government.”

As a long time LI reader, from the days when there was only Prof. Jacobson posting with a free blogger account I would like to offer a suggestion. Why not add a sidebar with links to interesting material from other sources?

There are a few posts like this one every day, with a short paragraph or two that offer little to no analysis and then just a long quote from the original article. Maybe it’s just me, but I come here to read your take on important issues and I’m disappointed when instead I find this…

Hi Ulises, thanks for your great feedback! 🙂 This post is in the Quick Takes section which is like the sidebar with links to interesting material. We often will include our own opinions or explain why a story struck us sufficiently to merit a Quick Take, and some of us (okay, mostly it’s just me) get carried away in our Quick Takes and end up with Not So Quick Takes.

The Quick Takes section is relatively new, and it is intended to give us a place to post stories that catch our eye that we might not wish to expand upon, etc. The prof introduced the new section here: https://legalinsurrection.com/2016/09/big-changes-at-legal-and-college-insurrections/

Ooopss…you’re absolutely right… my mistake. The thing is, I use a news aggregator (feedly) to read all my blogs and rarely (if ever) come directly to the legalinsurrection.com main site. In feedly all the posts show in chronological order and I was not paying attention to the fact that this story was just a quick take. My bad… I’m sorry…I’ll show myself out…

LOL, no worries. I read in an aggregator, too, and it’s not at all clear what is a Quick Take and what is not from there. 🙂

Well the motivation is obvious: This where the pretty girls and the handsome fellows hang out.
Rank jealousy on the part of the left.

Once I toured all the Catholic churches in town. The liberal churches were full of plain, cheerful fat ladies. The conservative church looked like a Miss Universe pageant. You absolutely could not sit there without your pulse racing.

And people, especially Young Americans for Freedom, give a happy crap what Student Coalition for Progress thinks because…?

I doubt the U of Wisconsin will be banning the YAF any time soon. By the way, when I was at UW in the 1970s, well, let’s just say that the average YAFer didn’t exactly seem to be a chick magnet. Maybe things have changed.