Who were the victims in the Fort Lauderdale attack?

Who were the victims in the Fort Lauderdale attack?

Couples, on their way to joyful celebrations, now separated by death. 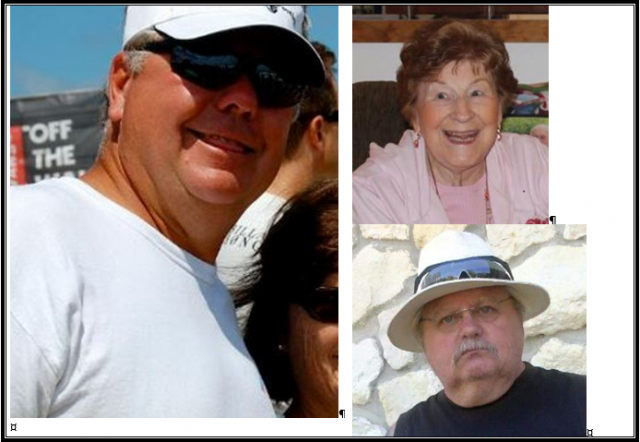 Details continue to come out about the Fort Lauderdale airport shooter, Esteban Santiago, who appears to have had a history of mental health problems and was under psychiatric care.

Slowly, information has also come out about the victims of that horrific attack, which killed five and wounded eight. While not all victim information has been released, it appears at least four couples have been separated by death.

Two of the victims were an Ohio couple heading for their 51st wedding anniversary.

Tragedy struck an Ohio family when Shirley Timmons was slain and her husband critically injured during the airport attack.

The couple had flown to Fort Lauderdale on Friday to join the rest of their family for a cruise, WILE-FM (http://bit.ly/2iODNWI) reported.

Timmons’ grandson Steve Reineccius confirmed over Facebook that his grandmother was one of the victims and that his grandfather Steve Timmons was wounded. They were both 70 years old.

Timmons was shot in the head and underwent emergency surgery at a Fort Lauderdale hospital, where he’s in critical condition, the station reported. 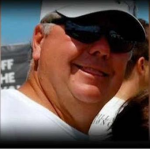 Terry Andres was on his way to an extended 16-day cruise with his wife, Ann. He was killed during the rampage.

Andres, who was raised in Millville, N.J., was married to Ann for nearly four decades. He volunteered with the Oceana Volunteer Fire Department in Virginia Beach, and worked for a total of about 20 years at the Norfolk Naval Shipyard, most recently serving as a radiological control technician.

Kim said her father played golf and tennis. He traveled often for work, one reason why he and Ann were looking forward to 16 days together.

“They hadn’t been on a vacation like this before,” she said. 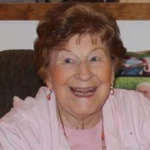 Olga Woltering and her husband Ralph Woltering were married for 64 years, and were on their way to a cruise to celebrate his 90th birthday. Olga was shot during Santigo’s attack.

Olga Woltering, a beloved great grandmother from Marietta, was among the five who died of gunshot wounds at the FLL airport’s baggage claim area in Terminal 2 on Friday afternoon. The members of the Transfiguration Catholic church in Georgia were mourning the loss on social media.

Jerry de Varennes described Woltering as “a very loving and caring woman.” He also asked for prayers to lift up “a crazy and cruel world.” 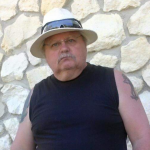 Iowa couple Kari and Michael Oehme were among the victims; Michael was killed and Kari was wounded.

Deb Campbell, a friend of Kari, said Saturday, “Kari is a very kind person and the fact that she lost her husband at the hands of a total lunatic is heartbreaking. Not only will she have to heal physically but how do you heal a broken heart? This world is just insane. Two people just trying to take a vacation get gunned down randomly not to mention the other poor souls who were also killed. Absolutely mindless.”

We extend our prayers and sympathies to the families at this sad time.

And, once again, a mentally unstable person appears to be the common denominator. Worse, he seems to be yet another individual “known to the authorities.”

A modest proposal to the FBI – when someone walks into your office and tells you that Isis is beaming messages into his brain telling him to go kill people, don’t just smile at him and say “Well isn’t that special” and then send him on his way.

They didn’t. They confiscated his handgun, called family to come pick up his son who he’d left out in his car, then had him taken for a psychiatric evaluation.

Great example of our government at work ! Seems like this WHACKO was KNOWN to FBI as well as several sets of local authorities but NOTHING AT ALL was done until he commits a MASSACRE !
GEE, “I’m from the government and I’m here to help you ”
AND WE get to PAY for this great service !!!

I try not to necessarily blame the lower level agents. The PC idiocy the bureau has been subjected to for the past 8 years boggles the mind.

I understand what you are saying, but WHO and When is/are someone going to be responsible ???

Hopefully under the new regime this nonsense will end. It was bad enough during the pre-9/11 period (the Wall, ignoring the Phoenix Memos).

There’s been so much law-enforcement by PC I want to see some managers pay for it. They’re the real problem. They either completely but he PC crap or they have no problem forcing it on others.

As stated above, they didn’t nothiong at all, capitalized or small case. They confiscated his handgun, called family to come pick up his son who he’d left out in his car, then had him taken for a psychiatric evaluation.

Just one of the tragedies of this was that the shooter realized that he had problems and TRIED to get help.

And help he got. Again, as stated above, the FBI confiscated his handgun, called family to come pick up his son who he’d left out in his car, then had him taken for a psychiatric evaluation. He did not meet the criteria for involuntary commitment and was referred to outpatient psych treatment, which he apparently did not stick with. The FBI agents did exactly what they were supposed to do.

I wish I could dictate that for every news article about shooters there should be twenty articles on the victims. Major props to Ms. Eastman for one of the very few items on the victims.

The gun has received a death sentence for committing mass elective abortion… and the scalpel ran away with the retractor.

Thank you for posting this, Sir. This was posted on Google Plus or otherwise I wouldn’t have seen this post. A lot of good all the so-called outfits are doing to prevent this.
“Semper Fi”