She is only the second female to head the GOP. 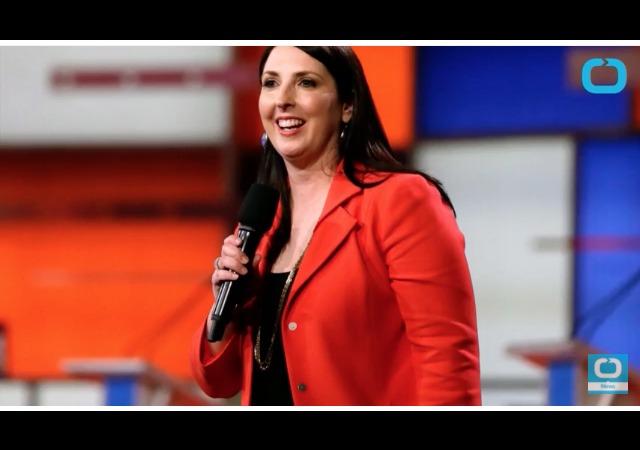 McDaniel served as “chairwoman of the Michigan Republican Party,” where she helped Trump win the typical blue state over Hillary Clinton. Both Trump and Priebus gave McDaniel their blessing:

Priebus gave McDaniel a strong endorsement in his final address to the committee, calling McDaniel “the right woman to lead the RNC” and pointed to her ability to turn Michigan red in the election.

“It is that level of passion, along with her commitment to building out the ground, data, and digital operation the RNC has been working on for years, that gives me total confidence she is the right woman to lead the RNC,” he said.

Congratulations to @RRMGOP, the new Chairwoman of the Republican National Committee! pic.twitter.com/xfM5CmqGxu

McDaniel has become only the second female to lead the RNC. She hopes that she can eliminate the thought that the Democrat Party maintains the title as the party of women:

“I am a mom from Michigan,” she said. “I am an outsider. And I am going to do everything I can to make sure Donald Trump and Republicans everywhere are successful.”

“For far too long, Democrats have hailed themselves as the party of women,” McDaniel said. “As Republicans, we know their so-called monopoly on being the party of women is false, and it is a mindset I intend to change.”

I don’t know if she can call herself an outsider. Her uncle is former GOP presidential candidate Mitt Romney. He had numerous feuds with Trump during the primary. But many thought Trump would choose Romney as secretary of state. Trump went with former ExxonMobil CEO instead.

McDaniel intends to continue the GOP winning streak after a sweeping victory in November on all levels. The GOP controls the White House, Congress, and 23 state chambers while 33 states have a GOP governor:

“As President-Elect Trump has directed us to do, we are going to keep winning,” McDaniel said. “America has two parties: Theirs, the elite, coastal, redistributionist Party of the status quo. And ours the national, opportunity for everyone, party of change.”

She is only the second female to head the GOP.

Second, First, Three-millionth, I do not regard this as noteworthy. The official’s qualifications are what matters.

Just wait until CNN finds out about this!

who is CNN ?
oh, you mean the irrelevant old media has been!

A woman? That’s so 20th century. They need to show they’re of the 21st century, and pick a mixed race, gender fluid pansexual with a degree in Women’s Studies.

And use the proper pronoun, of course!

Trust, but verify. We don’t need another Mittens.

This is her probationary period.

Any Cherokee blood? No wait, Michigan…. any Chippewa blood?

Think back for a minute. The much publicized Romney-Trump dinner. Remember? Romney cut the deal then and there. I am ok with this. Her position is benign while Trump is in office.

Nothing benign about the role. In less than a year the fundraising starts for midterms, the aportioning of funds gets set, etc. She will be visible in media even moreso because the Trump hysteria will likely never die down.

Do you dislike her for some reason?

Casual observer:
I don’t dislike her, not in the least. I read articles about her during the campaign. By benign, I mean that expectations for the RNC Chair role is not as high as they were for Priebus after Romney lost in 2012. Reince did a hell of a job. The chair role is now in my option in maintenance mode, of which fundraising to rebuild war chests is strategically important. I don’t see the immediate need to “shake things up”, for iexsmple.

Despite being Romney’s niece, she was an early Trump supporter.
No surprise. A good choice I think.