It’s okay if a Democrat does it. 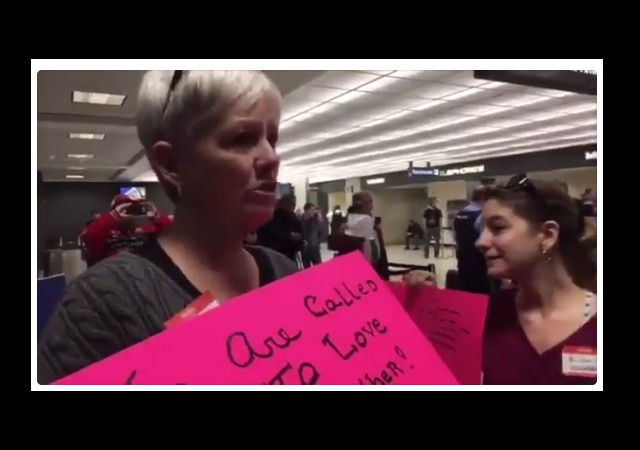 So leftists have gone into a fit because President Donald Trump put a temporary ban on immigration from a few countries until the government can establish a better vetting process. How quickly they forget that former President Barack Obama instilled a similar ban in 2011 regarding those from Iraq.

So why didn’t these people protest Obama? One gave a refreshing honest answer:

Interviewer: In 2011 President Obama banned people from Iraq—did that not concern you?

Protester: No because I loved President Obama. pic.twitter.com/q2ehPVUCwh

So she loved Obama more than she loved the country or her friends, neighbors, and all other citizens? That is a succinct summation of the reason we have leftists acting moronically all over the country!

I would ask a similar question of those up in arms about Sally Yates’ firing. Their current high horse is that DOJ employees’ loyalty is to the Constitution, not the chief executive. Where were they when staff lawyers were logging overtime defending President Obama’s unconstitutional orders that were consistently being slapped down by the judiciary?

This isn’t surprising. I had a similar conversation with a very intelligent, although extremely liberal, co-worker. When I asked him why he would so vociferously oppose an action by Trump that was nearly identical to something done by King Obama, his response was, “Donald Trump is crazy” and “Trump must be stopped.” Just as the left develops cults of personality around their leaders, they likewise become fixated against their opposition. It doesn’t matter what the opposition is doing, they’re opposed to it because of who is doing it.